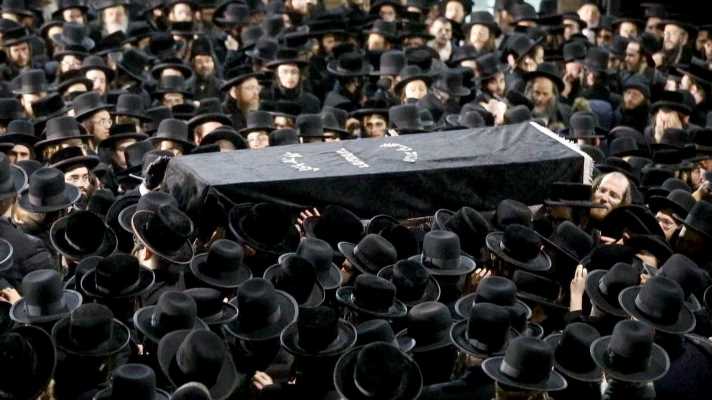 When I dropped off my 3-year-old at his new Jewish preschool at the beginning of this year, he pointed to the men standing outside and said, “Daddy, who are they?” I stumbled to explain why there are men with guns and body armor guarding the building.

Hoping to redirect the conversation, I said they were there to keep us safe. He associated that word with his favorite cartoon character, Fireman Sam, and now nearly every day when we arrive, he points with excitement and shouts, “They’re keeping us safe!”

The pang in my heart never went away. On one hand, I cherish being able to prolong his innocence. Eventually, though, I know I’ll have to explain to him why his school needs armed security. And it isn’t to put out fires.

Dealing with antisemitism, and the effect it has on our community, is taxing. According to the latest FBI hate crimes data, Jews remain the most targeted minority group in America. But beyond that, the increased attacks over this past month – ironically, Jewish American Heritage Month – served as a harsh reminder that no matter what the statistics show, antisemitism never quite seems to rise to the level of a national crisis, inspiring widespread outrage and solidarity in the same way that violence and bigotry toward other minority groups does.

The very same day that the House of Representatives passed a bill specifically meant to address anti-AAPI hate crimes, a mob of dozens of men mauled a group of Jewish diners outside a Los Angeles restaurant. The day that President Joe Biden signed the bill into law, video surfaced of two vehicles chasing and trying to run down a Jewish man in a parking lot.

Living in fear: I’m a Palestinian living in Gaza. No matter when it is or where I am, I know I’m not safe.

And as companies, managers and universities sent emails to their employees and students showing solidarity with the AAPI community – just as when they did the same to express solidarity with the Black community in the wake of George Floyd’s murder last summer – bigots threw explosives into a crowd during pro-Israel demonstrations in New York, sent a Jewish man to the hospital after pummeling him in the street, and vandalized synagogues and Jewish-owned shops around the country.

All the while, similar messages of solidarity with Jews were few and far between. It took the White House a week to even issue a statement.

None of this is meant to draw attention away from the urgent needs of the Asian American community or the Black community; one of the best ways to fight hate is through solidarity. But the slight was hard to miss.

An epidemic of hate

This is not a new phenomenon. Even after 11 Jews were slaughtered in 2018 while praying at a synagogue in Pittsburgh in the bloodiest antisemitic event in U.S. history, Congress did not pass a measure specifically combating antisemitism. When such a measure was proposed in early 2019, after a congresswoman made antisemitic remarks, it met such resistance that it could only pass as a blanket anti-hate bill, mentioning several minority groups.

Mourners carry Moshe Deutsch's casket outside a synagogue following his funeral in 2019 in New York. Deutsch, 24, was killed that December in a shooting at a kosher food market in Jersey City, N.J. (Photo: Seth Harrison, The Journal News via USA TODAY NETWORK)

Congress didn’t act when a Jewish woman was killed on the last day of Passover in April 2019 at another synagogue outside San Diego. Nor did Congress act when anti-Jewish assaults hit a fever pitch at the end of the year; that December, attackers mowed down several people at a kosher supermarket in New Jersey, and others took a machete to Jews at a Chanukah party in upstate New York.

A right to exist: Israel is the Jewish people’s ancient home. We will always defend ourselves from Hamas.

Now, in this 2021 redux, the new rationalization for violence against Jews was Israel. Many stood up to condemn antisemitism only to qualify their condemnation with something else: A New York Times columnist bemoaned that this would make it harder to criticize Israel. Biden’s Jewish outreach director for his campaign suggested Jews worried about their safety start thinking about hiding their Jewish identity in public.

And a steady stream of House members, senators and other public officials said we should also talk about Islamophobia. I must have missed the concurrent wave of anti-Muslim attacks.

As your Jewish neighbor, I am asking for your help. Please, when you see outrage and solidarity in the face of one community’s suffering but silence, excuses and equivocation in the face of another’s, speak up. Call out the double standard, and demand better. Because building a more just and tolerant society will benefit us all.

Zach Schapira is executive director of the J’accuse Coalition for Justice, a think tank dedicated to combating antisemitism, anti-Zionism and anti-Israel bias. Follow him on Twitter: @zachschapira

You can read diverse opinions from our Board of Contributors and other writers on the Opinion front page, on Twitter @usatodayopinion and in our daily Opinion newsletter. To respond to a column, submit a comment to letters@usatoday.com.