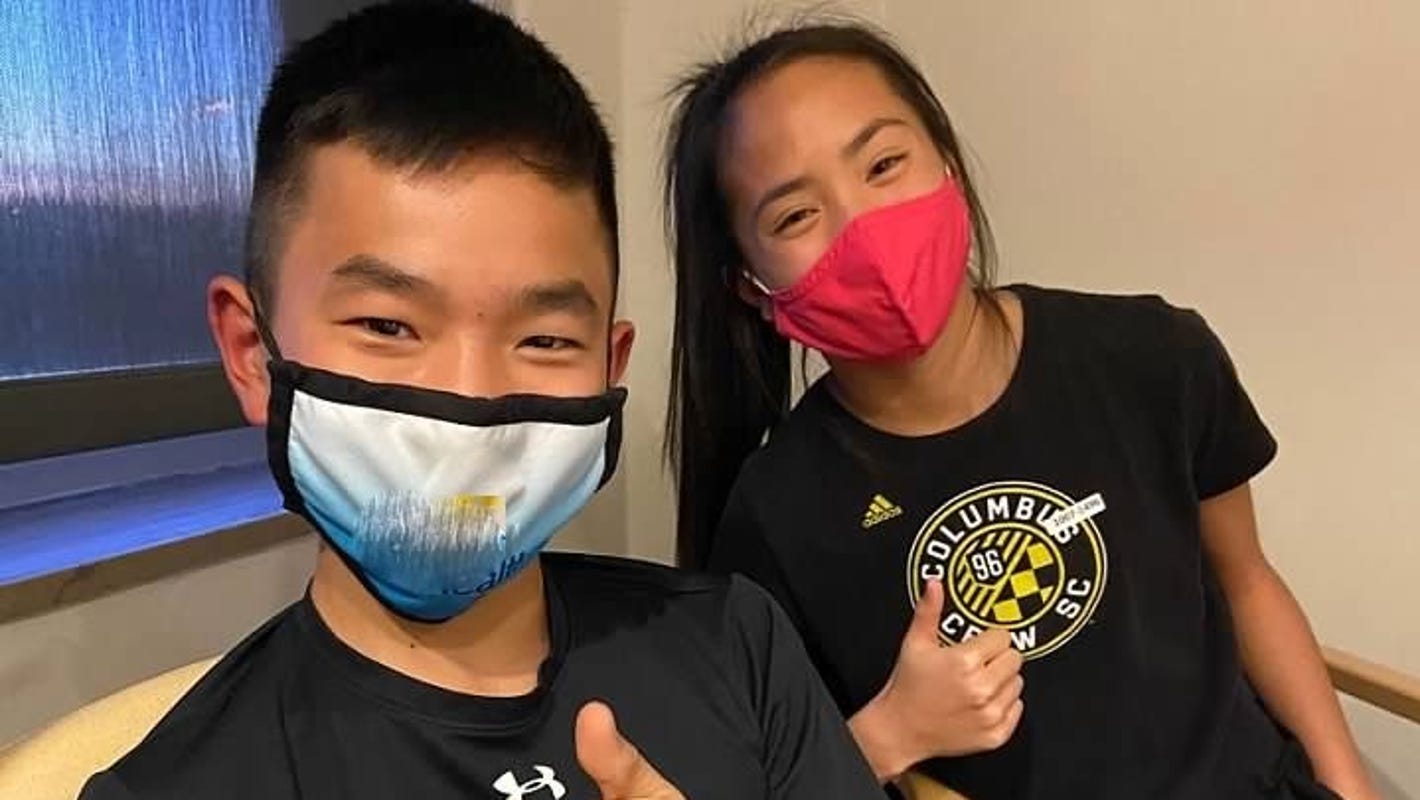 A COVID-19 vaccine made by Pfizer and its German partner, BioNTech, is safe and effective enough to give to younger teens, the Food and Drug Administration said Monday in authorizing its use.

The decision means adolescents ages 12 to 15 could qualify for shots within days.

Shots also will be available soon through pediatricians’ offices, the president said. “And if teens are on the move this summer, they can get their first shot in one place and a second shot elsewhere.”

Older teens, ages 16 and 17, have been allowed to get the Pfizer-BioNTech vaccine since it was authorized in December. The other two vaccines authorized for use in the USA, from Moderna and Johnson & Johnson, have not been available to minors because studies are still underway.

“Today’s action allows for a younger population to be protected from COVID-19, bringing us closer to returning to a sense of normalcy and to ending the pandemic,” acting FDA Commissioner Janet Woodcock said in a statement Monday. “Parents and guardians can rest assured that the agency undertook a rigorous and thorough review of all available data, as we have with all of our COVID-19 vaccine emergency use authorizations.”

Although such cases are rare, adolescents can get seriously ill from COVID-19, and they can spread it to others. “So my hope is that if the vaccine is authorized, parents will take advantage of it and get their kids vaccinated,” Biden said.

Many parents are eager to get their children vaccinated, so their families can safely visit older relatives and their teens can get back to school and extracurricular and social activities.

Barbara Pahud, an infectious disease pediatrician at the University of Missouri-Kansas City School of Medicine, said she’s thrilled that the nation can add vaccinated teens to its list of accomplishments.

“This is the energy the world needs now. There’s a lot of COVID fatigue,” said Pahud, who is involved in Pfizer-BioNTech’s trial in younger children and whose own 12-year-old signed up for the Moderna trial.

“My daughter was very vocal last year saying it’s not fair they’re only doing studies for adults and not for kids,” Pahud said. “She was waiting, tapping on their door for the study to start, and as soon as it opened, she signed up.”

Pahud said she hopes every adolescent is as enthusiastic about vaccines as her daughter is, but she knows that if parents are vaccine-hesitant, their kids will be, too.

“I do believe there’s a very good group in the middle that can be convinced if they understand the science,” Pahud said. Requiring vaccines at school or at least letting vaccinated kids go without masks, she said, could encourage some holdouts.

Audrey Baker, 15, and her younger brother Sam, 12, of Cincinnati, volunteered for the Pfizer-BioNTech trial, so they could help show the world that the shots are safe for kids their age.

“I wanted to try and do what I could to be a part of trying to defeat this pandemic, because I know without the vaccine for all ages, we won’t be able to make that immunity that we need to reach,” said Audrey, an eighth grader who loves math and science and runs long distance on her school’s track team.

“It was like my way of saying thank you to all the health care workers. They were putting themselves out there to help people,” said Sam, a sixth grader who loves math and soccer and, of course, his mom, a nurse-researcher.

Both said what they’ve missed the most during the pandemic is seeing their grandparents, who live a nine-hour drive away in Michigan.

Siblings Sam, 12, and Audrey Baker, 15, of Cincinnati were both part of the Pfizer-BioNTech vaccine trial for adolescents. (Photo: Baker family)

Sam had a daylong fever and headache after his second shot, which he was pretty happy about because it meant he almost certainly got the actual vaccine instead of a placebo. His life hasn’t changed much, because Audrey had no reaction, so she doesn’t know whether she’s protected, and their 8-year-old brother, who volunteered for a trial for younger kids, hasn’t been accepted.

This was the first clinical trial for all three children. Sam, who’d never had blood drawn before, admitted to being a bit nervous before the first needle went in. “But the actual vaccine wasn’t really scary, because I believed in science,” he said.

Their mom, Rachel Baker, said she thought the idea of multiple blood draws might turn her kids off to the trial, but “as soon as I told them about it … they were both in. I was really proud of them for looking past the needles.”

Baker said that although she runs research trials for a living and volunteered herself for the AstraZeneca-Oxford vaccine adult trial, she was a little anxious about signing up her kids.

“Right before the shot, I had to take a breath,” she said. “It’s a little more personal when it’s your child.”

She’s very glad that they were willing to participate and that Sam at least probably got the active vaccine. “When I see him out on the soccer field, it’s such a relief to know he’s protected,” Baker said.

Bill Gruber, a pediatrician and Pfizer senior vice president in charge of the children’s trials, said he sees three reasons to vaccinate children and teens.

First, although young people generally don’t die from COVID-19 or get as sick as older adults, 13% of those hospitalized with the virus have been under 18, and adolescents represent a bigger chunk than younger kids.

To stop the pandemic, young people will need to be vaccinated. “The children now become the remaining engine for the virus to continue to circulate and potentially spread to the susceptible,” Gruber said.

Vaccinating kids will keep them from infecting their teachers, parents and grandparents.

And getting vaccinated will let teenagers be teenagers, he said.

“It will be liberating in the end for children just like it’s proved liberating in adults to get back to the normal life we’d like to become accustomed to again,” he said.

In addition to studies of adolescents, Pfizer is running vaccine trials in 5- to 11-year-olds, 2- to 4-year-olds and 6-month-olds to 2-year-olds. The aim is to find the right dose, Gruber said, to produce the “Goldilocks effect,” where children get an effective protection but don’t end up with a lot of side effects.

In a trial, Pfizer-BioNTech showed that its two-dose vaccine was extremely safe and effective in adolescents 12-15. Out of 16 trial participants infected with COVID-19, all received the placebo, none the active vaccine.

Side effects for the adolescents, who receive the same dose as adults, were about equal to what older teens and young adults have seen, Gruber said. The concern is that younger children may have more of a reaction so will need a lower dose.

He said he hopes to have data on the 5- to 11-year-olds by the fall and the younger children by the early part of next year.

Michael and Johanna Kelley, of Kansas City, entered their daughter Nora, 2, in a clinical trial to test COVID-19 vaccines in young children. They wanted to protect Nora's baby sister, Jade, who was born not long after this Feb. 2021 photo. (Photo: Children’s Mercy)

Michael and Johanna Kelley of Kansas City didn’t want to wait that long to give their daughter Nora, 2, a shot at protection, so they signed her up for the Pfizer trial.

She ran a fever, so they hope she got the active vaccine. The Kelleys don’t want to take any chances with Nora’s 3-week-old baby sister, Jade, or her grandmother who suffered a terrible bout with COVID-19 last year.

“It’s something we don’t want anyone else to have to go through,” Michael said of his mother’s experience.

Baby Jade is too young to get a shot, but everyone else is vaccinated – Johanna got vaccinated during pregnancy, and her antibodies carry over – so she should be protected, the couple said.

Michael, a policy director for a nonprofit group, and Johanna, who will finish her master’s in social work this month, did their research and talked it through before joining the trial.

“The vaccine can’t be worse than the disease,” Michael said. “If there’s a way we can protect our children from this disease and speed up reopening, absolutely, we’re willing to take that chance.”

What about the world?

Despite the upsides for the nation, some say the United States is wrong to focus on vaccinating healthy children while the virus is killing so many vulnerable people around the globe.

“We had a moral obligation to help our elderly and front-line workers. Now it’s time to turn our vision to the world,” said Lawrence Gostin, who directs the O’Neill Institute for National and Global Health Law at Georgetown University.

Americans will remain at risk for new infections and dangerous variants while the virus rages elsewhere, he said.

Adolescents are among the most significant spreaders of COVID-19 in the USA and put everyone else at risk, “so I understand the temptation” to vaccinate them as quickly as possible, he said, “but I think it’s morally obscene to go the last mile and vaccinate the most healthy and fit part of our population while the rest of the world is having such deep suffering.”

Gostin praised President Biden for delivering 200 million shots to Americans during his first 100 days in office, a milestone passed last week. Biden promised Tuesday that by the 4th of July, the United States will have sent about 10% of its vaccine supplies to other nations.

Gostin said the president should promise to vaccinate every health care worker in the world over the next 100 days. “That would gain America’s standing in the world beyond any measure,” Gostin said.