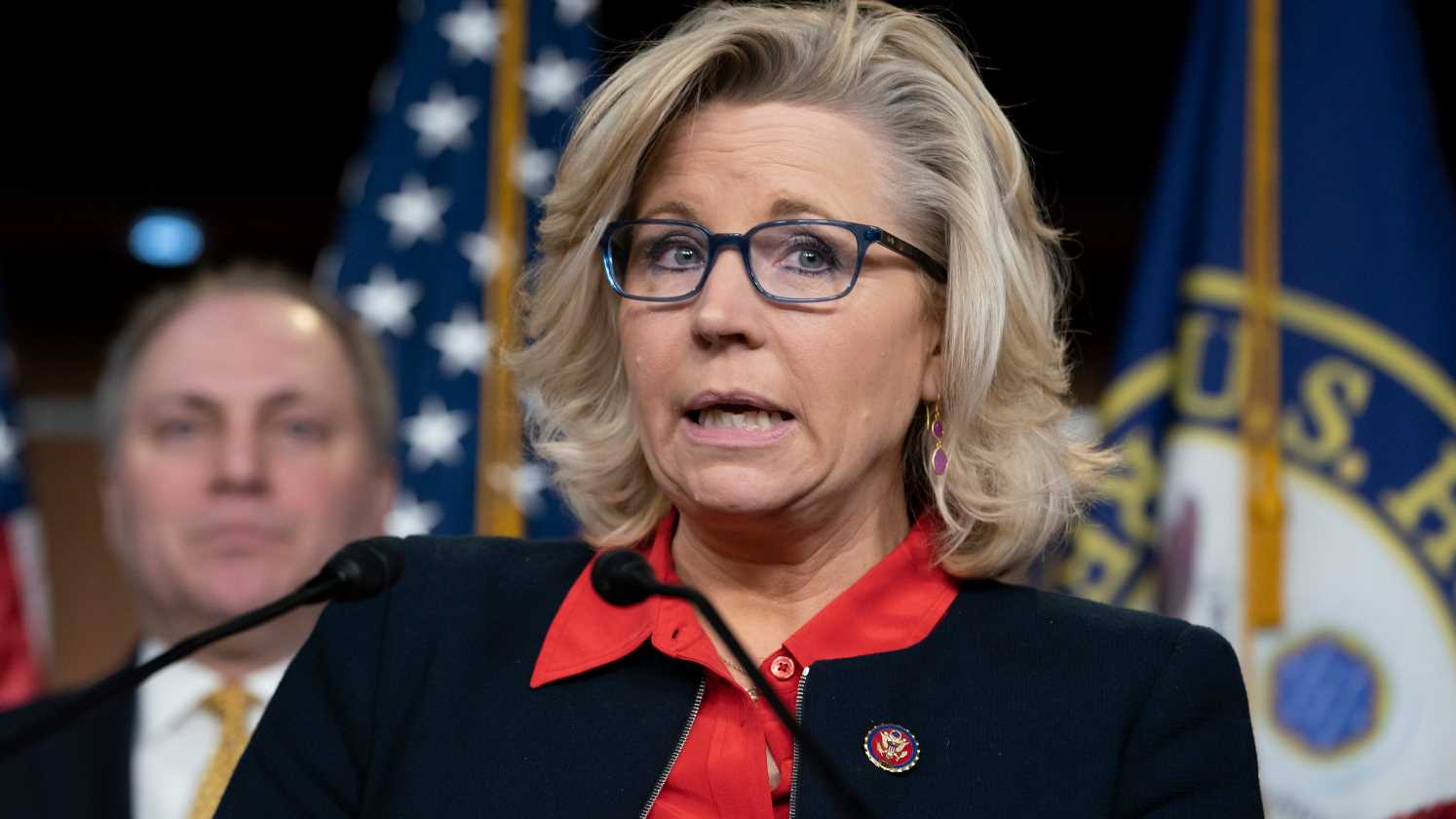 For those confused about the crisis enveloping House Republicans right now, here’s a quick primer. (Spoiler alert: At the center of this tale is a very brave woman.)

There was once a reality TV star who became president. The combination of Donald Trump’s self-promotion coupled with the monolithic power of social media propelled him. But his Republican presidency foundered on a pandemic that has claimed nearly 580,000 American lives, and Trump was turned out of office by a margin of more than 7 million votes.

In response, he promoted a craven lie that the election was stolen, and he rallied his most violent loyalists to overrun the U.S. Capitol on Jan. 6 in a failed bid to stop certification of the election results.

When Trump finally left office — impeached but not convicted, banned from Twitter and Facebook and fading from headlines — GOP leaders faced a moral dilemma. At stake were the millions of Trump voters who still believe his lie. Those leaders could:

►Engage in a cold political calculus of acquiescing to the Big Lie and gloss over his culpability in the Jan. 6 riot in order to pander to his supporters (with the added benefit of using that lie as an excuse to pass voter suppression laws in Florida, Texas and Georgia out of phony “election security” concerns).

Liz Cheney, alone among House Republican Party leaders, chose the latter. For that, she now risks ridicule and banishment as the No. 3 Republican House leader.

“I’ve had it with her,” House Minority Leader Kevin McCarthy said Tuesday, ahead of an interview on Fox & Friends. His comments were recorded on a live mic and reported by Axios.

“This idea that you just disregard President Trump is not where we are,” House Minority Whip Steve Scalise told Axios on Friday. “He has a lot to offer still.”

Cheney, 54, the staunchly conservative daughter of a former vice president,is a third-term congresswoman from Wyoming — a state Trump carried in November with 70% of the vote. She also voted with Trump 92.9% of the time.

But she broke with him after the insurrectional riot and joined nine other House Republicans in voting to impeach the outgoing president for instigating violence. “(He) summoned this mob, assembled this mob and lit the flame of this attack,” Cheney said.

Trump angrily viewed her attacks as heresy, but Cheney never looked back.

In February, she  publicly declared that the former president “does not have a role as a leader of our party going forward.” And earlier this week, she told an audience of Republican donors, “We can’t whitewash what happened on Jan. 6 or perpetuate Trump’s big lie. It is a threat to democracy.”

Every time Trump attacked Cheney for her perceived impertinence, she punched back.

The nation hadn’t seen anyone like Cheney since Sen. Margaret Chase Smith, of Maine, became the first Republican in the Senate to condemn McCarthyism in 1950.

A decision on Cheney’s role in the House GOP leadership may come as soon as next week.

It will require two-thirds of the 212-member Republican caucus to remove her as the chair of the House Republican Conference. The vote will be by secret ballot. Mindful of the party’s struggle to maintain support among women, Rep. Elise Stefanik of New York, a firebrand defender of Trump, is being discussed as a potential replacement.

That would do little to cauterize the massive, self-inflicted wounds the party would suffer if House Republicans politically crucify a leader standing on principle.

Some day, Trump will fade as a political force within the GOP.

The stain of banishing a leader of courage never goes away.

USA TODAY’s editorial opinions are decided by its Editorial Board, separate from the news staff and the USA TODAY Network. Most editorials are coupled with an Opposing View, a unique USA TODAY feature.

To read more editorials, go to the Opinion front page or sign up for the daily Opinion email newsletter. To respond to this editorial, submit a comment to letters@usatoday.com.