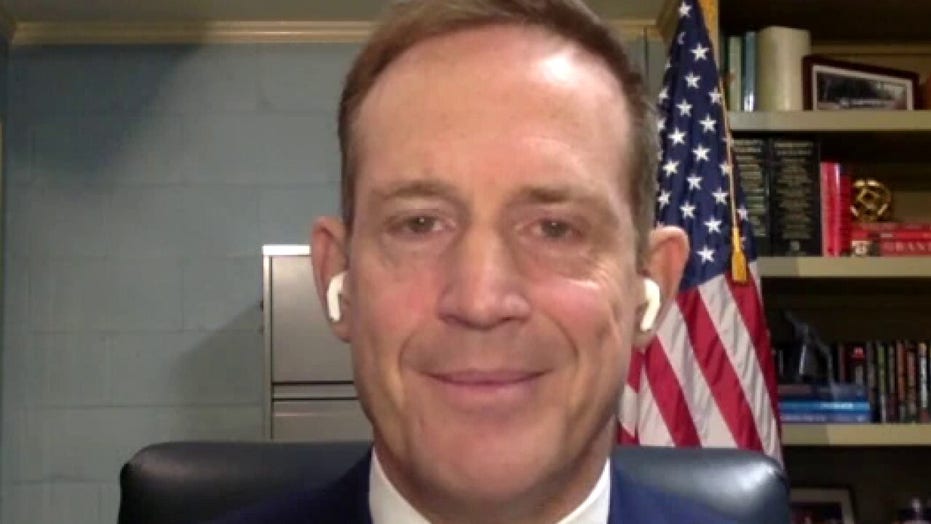 Rep. Ted Budd, R-N.C., reintroduces the ‘Justice for Victims of Sanctuary Cities Act’ that would allow the victims of crimes committed by illegal immigrants to sue sanctuary cities.

EXCLUSIVE – Spotlighting that he is a “political outsider” who is “100% pro-life,” and who believes in “putting America First,” conservative Rep. Ted Budd of North Carolina on Wednesday declared his candidacy for the U.S. Senate in a race that may end up becoming the most hotly contested and expensive Senate battle in the 2022 midterm elections.

“I believe in freedom, capitalism and putting America first. And that whole defund the police thing is crazy,” the three-term congressman says in a campaign launch video that was shared first with Fox News.

Budd emphasized that “I’m 100% pro-life and I even think that elections should be fair and secure. I’m a political outsider who can’t be bought by the swamp, and I don’t give a rip about their Washington games.”

And he added that he and his wife “home-schooled our kids before it was cool. We even read Dr. Seuss to them, and they turned out just fine.”

Noting that he grew up on his family’s farm in Davie County, North Carolina, Budd stressed that “I’ve shoveled a lot of manure on my family’s farm, and it’s not the dirtiest job that I’ve ever had now that I’ve been to Congress.”

Arguing that “Biden is a weak leader who won’t stand up to the radical left,” Budd spotlighted that “the U.S. Senate is the last line of defense against becoming a woke, socialist, wasteland. And I’m running to stop that, period.”

The congressman, who owns a gun store, is seen at the end of the video driving a red monster truck – emblazoned with “Ted Budd U.S. Senate” on the doors and an American flag flying from the rear – over three cars labeled “Liberal Agenda.”

Budd, who represents North Carolina’s 13th Congressional District, which covers portions of the north-central part of the state, also touted his support for former President Donald Trump, saying that he was “so fed up with the liberals’ attacks on our faith, our families, and our way of life that I ran for Congress to stand and fight alongside Donald Trump and drain the swamp and take our country back.”

Budd’s video includes clips of Trump from the 2020 campaign trail, saying, “Ted Budd is a champion for the people of this state… he voted to cut your taxes, build a border wall, and protect your Second Amendment rights…. Ted, what a great warrior you’ve been.”

Sources close to Budd tell Fox News that the congressman was at Trump’s Mar-a-Lago residence in Palm Beach, Florida, last weekend for a fundraiser, and talked with the former president about his likely bid for the Senate. The conversation was characterized as “positive.” 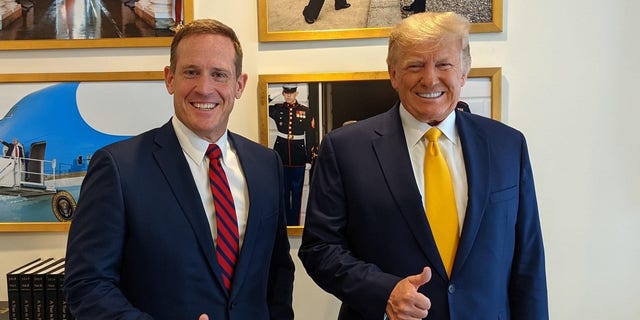 Trump has remained neutral so far in the GOP Senate primary in North Carolina. The former president’s daughter in-law – Lara Trump – is mulling a Senate bid in the state where she grew up.

McCrory, who is viewed as the current front-runner in the race, showcased that he’s been a “strong supporter” of Trump and “extremely supportive of the policies of the Trump administration,” as he launched his bid. But as the host of a popular talk radio show in North Carolina, he was critical of Trump’s unsuccessful attempts to reverse his 2020 election loss to Biden. Walker has criticized McCrory for saying he supports Trump but also “taking a personal shot” at the now-former president.

Budd has yet to weigh in against McCrory, but hours after the insurrection at the U.S. Capitol on Jan. 6 by right-wing extremists and other Trump supporters, the congressman voted against certifying Biden’s electoral victories in Arizona and Pennsylvania.

Long a red state, North Carolina has become increasingly competitive in recent cycles. Last November Trump narrowly captured the state by a razor-thin margin over Biden. And GOP Sen. Thom Tillis won reelection by less than one point – after Democratic challenger Cal Cunningham was politically wounded after news of his extramarital affair made major headlines prior to the election.

Nearly $300 million – a record – was spent by all sides in the 2020 Senate showdown in North Carolina, and the 2022 race is also expected to be extremely expensive.