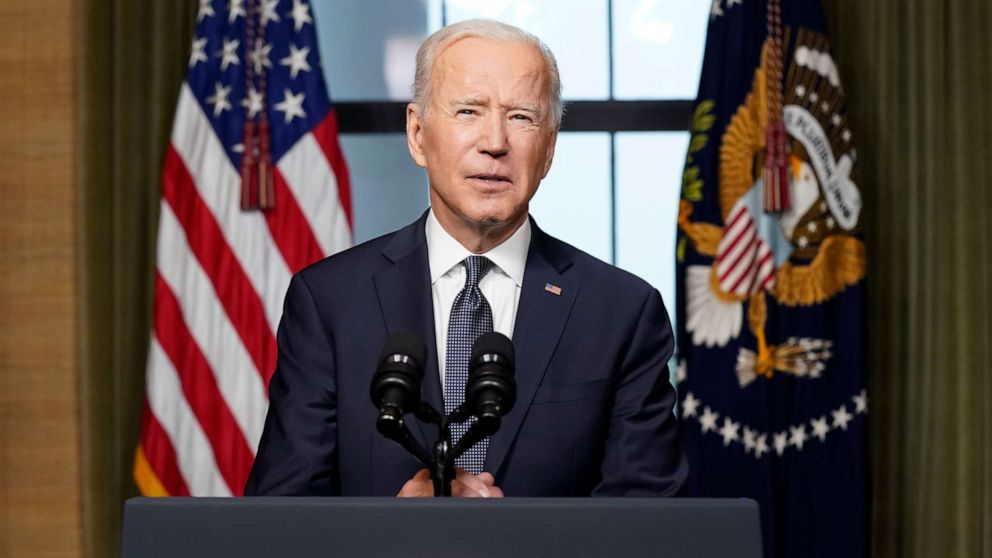 The TAKE with Rick Klein

He won’t be declaring that the era of big government is back — or spending much time promoting the tax increases he would use to help pay for it.

But President Joe Biden’s speech to a joint session of Congress Wednesday night, coming on the eve of his 100th day in office, will be a blueprint for an expensive expansion in what the federal government can — and, in his view, should — do.

The speech will be stripped of jargon; White House press secretary Jen Psaki said in an interview that Biden has crossed out acronyms in drafts. He will attempt to outline in accessible ways what government can be — in ending pandemics and ensuring health care, and also in building new roads, expanding broadband access and achieving universal pre-K.

“His view is this moment is calling for something big,” she continued. “We can’t afford not to go big in this moment, and we need to be ambitious.”

However the scaled-back crowd of lawmakers in the House chamber receives the message, the president is hoping for a hearing among a public that still views him generally well. The ABC News/Washington Post poll out this week found preference for “smaller government with fewer services” at its lowest level since the Reagan era.

In that same poll, though, 53% of Americans said they were concerned that Biden will go too far in growing the size and scope of government.

So far, Biden has responded to skepticism about the size of his plans by adding more to a crowded agenda. His speech isn’t expected to attack Republicans, but it will nonetheless mark an assault on much of what the Republican Party has stood for in recent decades.

The RUNDOWN with Averi Harper

After Biden gives his address at the joint session of Congress Wednesday night, two lawmakers will offer responses, Sen. Tim Scott, R-S.C., for the GOP and Rep. Jamaal Bowman, D-N.Y. for the Working Families Party.

The lawmakers are taking up the mantle for opposite ends of the political spectrum, Scott for conservatives and Bowman for progressives. In many ways, the pair represents the challenge Biden faces in his aim to work across the aisle to tackle his agenda, especially as it relates to police reform — which Biden is expected to address in his speech.

Scott is taking the lead for the GOP on police reform negotiations. When Scott speaks, he’ll be representing a party that, for the most part, doesn’t want to see standards to prosecute individual law enforcement officers lowered.

Conversely, Bowman penned a letter — signed by 40 Democrats — to Biden, Vice President Kamala Harris, Attorney General Merrick Garland and Associate Attorney General Vanita Gupta urging that the case of Tamir Rice, a 12-year-old who was killed by police in 2014, be reopened. In the letter, he called the low rate of charges against officers an “untenable failing.”

“George Floyd should still be alive. Tamir Rice should still be alive,” wrote Bowman. “We cannot bring them back, or any of the many other Black lives taken after an interaction with law enforcement, but we must, at minimum, work to ensure that the pursuit of justice is not in name only.”

As partisan divides persist, the quandary of how to convince both sides to urgently address the issue will continue for the Biden administration.

The TIP with Alisa Wiersema

The changes in New York’s congressional apportionment are not sitting well with Gov. Andrew Cuomo. On Tuesday, he called on the state attorney general to review legal options to challenge the decision to take a congressional seat away from one of the country’s bluest states.

According to the first batch of Census data released Monday, if 89 more people had been counted in New York, the state would have kept all of its current 27 districts.

“Do I think it was accurate to within 89? No, and we’re looking at legal options,” the governor said Tuesday. He also suggested the margin could have been caused by “a minor mistake in counting.”

Cuomo is specifically blaming the Trump administration’s oversight of the census and believes it created a “chilling effect” on people who may have already been nervous to come forward to participate, like undocumented immigrants.

It remains to be seen what avenues the state’s attorney general’s office may pursue, but in the meantime, the narrow loss of a congressional seat is riling up partisanship, as New York Republicans claim Cuomo’s leadership is making “residents continue to flee to other states.”

ABC News’ “Powerhouse Politics” podcast. President Joe Biden’s joint address to Congress will be a “guidepost for the next year,” White House press secretary Jen Psaki said. “It’s a huge moment, a huge night and a big opportunity for President Biden, but it is not the totality of every issue he will focus on, work on, care about as president,” she told ABC News Chief Washington Correspondent Jonathan Karl and Political Director Rick Klein. https://bit.ly/3oMKdUP

WHAT YOU NEED TO KNOW TODAY

Download the ABC News app and select “The Note” as an item of interest to receive the day’s sharpest political analysis.

The Note is a daily ABC News feature that highlights the key political moments of the day ahead. Please check back tomorrow for the latest.