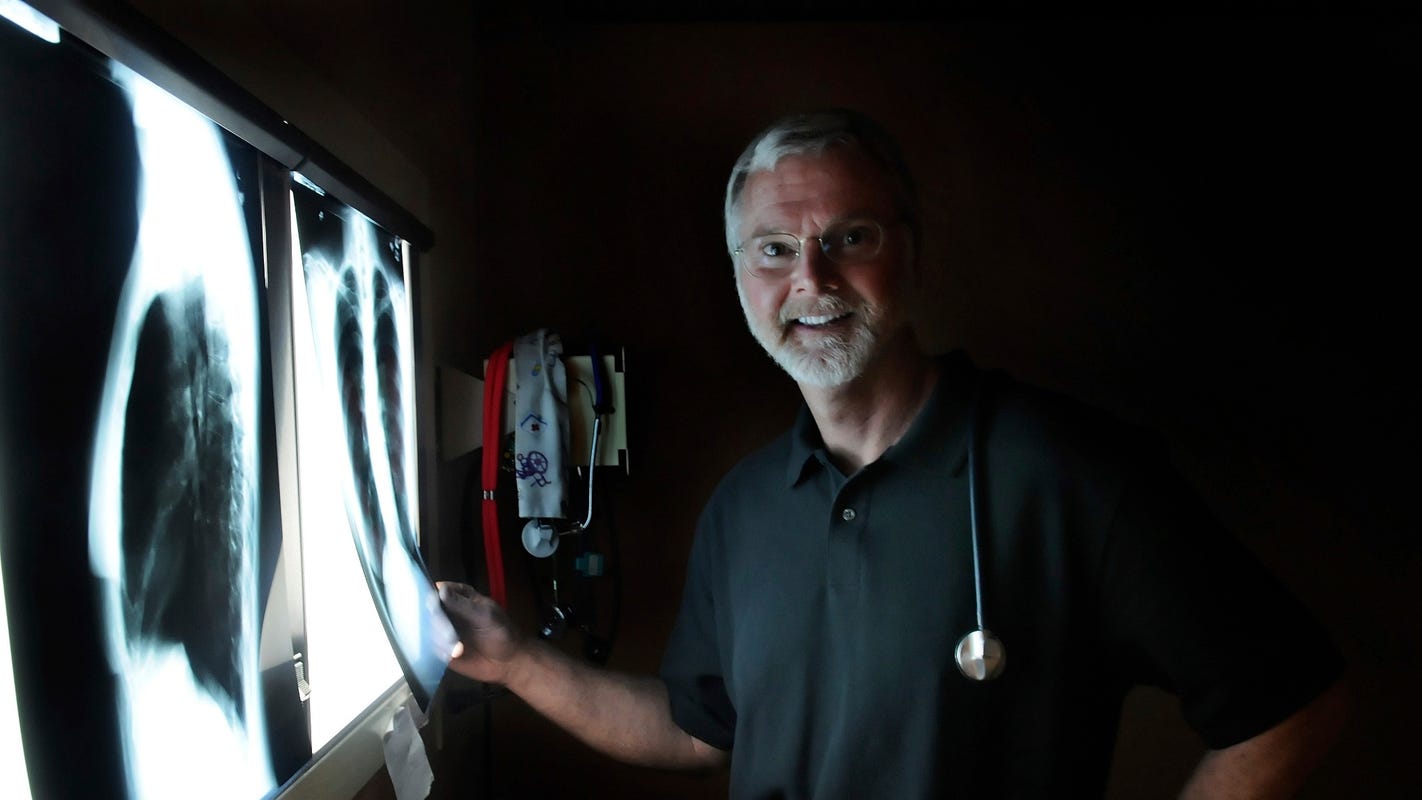 A prominent local doctor, his wife and their two young grandchildren were among those killed Wednesday in a shooting at their home in Rock Hill, South Carolina.

The suspected gunman was identified Thursday as former NFL player Phillip Adams, who later killed himself, the Associated Press reported. Police said they found the suspect late Wednesday in a nearby home after an hourslong manhunt.

Adams’ parents live near the doctor’s home. Neighbor Allison Hope said she saw police surround the house and spend hours negotiating with Adams using a loudspeaker. She said police asked Adams to come out and promised to get his disabled mother out safely, before Adams shot himself.

A fifth person working at the family’s home was also found dead, and a sixth person was injured.

Here’s what we know:

Who are the victims?

Dr. Robert Lesslie, 70, Barbara Lesslie, 69, and their grandchildren Adah Lesslie, 9, and Noah Lesslie, 5, were pronounced dead at the scene, according to the York County coroner’s office.

James Lewis, 38, was found dead outside. Lewis was working at the home at the time, police said.

Who was Dr. Robert Lesslie?

Lesslie practiced in the area since 1981 and founded Riverview House Calls & Riverview Hospice and Palliative Care, according to its website.

He worked in emergency rooms for decades, including as medical director of the emergency department at Rock Hill General Hospital for almost 15 years, according to a website bio.

“Dr. Lesslie has been one of those people that everybody knows,” said Trent Faris, York County Sheriff’s Office spokesperson, in a press conference.

Lesslie founded two urgent care centers in the area and was also an author and columnist. For seven years, Lesslie wrote a weekly medical column for the Charlotte Observer, and his 2008 book, “Angels in the ER,” told the stories of ER patients and staff. When asked once if he truly believe angels roamed the ER, he responded on Facebook.

The doctor was also supervising physician and medical director at Winthrop University in Rock Hill for more than 25 years. In a statement, the university’s president George W. Hynd called Lesslie a “caring professional who touched lives and left our campus a better place” and thanked him for helping Winthrop’s COVID-19 response team.

“We simply would not have been able to successfully open and provide on-site quarantine and isolation support if it were not for Dr. Lesslie,” he said.

Lesslie and his wife have four children and eight grandchildren, according to a website bio. They lived in Rock Hill, South Carolina with their golden retriever, several miniature horses, goats, donkeys and chickens. He enjoyed golfing and bagpiping.

Lesslie was also an active member of and served as an elder at a local church in Rock Hill, his bio states. There, he and his wife taught Sunday school and sang in the church choir. They also worked with Camp Joy, an outreach program for people with disabilities. He enjoyed mentoring high school and college students considering careers in medicine.

After the shooting, Lesslie’s website administrator posted on his Facebook page with words that Lesslie had wrote in his book:

“One day, when I depart this body and find myself in the presence of the Lord, my time, however it will be measured, will be filled with the praises and the wonder of Jesus,” he wrote. “I know that I will once again be able to hug my mother and walk and talk with my father. There are a lot of people I want to see as well—family and friends, grandparents, some of whom I never met on this side.”

“We have no idea what Heaven will look like, only that it will be perfect,” he continued. “I will find myself walking with Barbara in a field of lush, green grass, surrounded by gently rising conifer-cloaked hills.”

What do we know about Phillip Adams, the suspect?

The suspect was also identified as former NFL player Philip Adams by York County Coroner Sabrina Gast, according to The Rock Hill Herald.

Adams, 33, was drafted in 2010 by the the San Francisco 49ers and went on to play for teams including the New York Jets and the Seattle Seahawks before finishing up with the Atlanta Falcons when his career ended in 2015.

He starred at South Carolina State, where he played cornerback,  and he suffered several injuries during his career, including a severe ankle injury.

Adams’ parents live near the doctor’s home, and he has been treated by the doctor in the past, according to the AP’s source, who spoke on condition of anonymity because he wasn’t authorized to speak publicly. The source said Adams killed himself after midnight Thursday.

Breaking down Phillip Adams’ NFL career: ‘I think the football messed him up,’ says Adams’ father