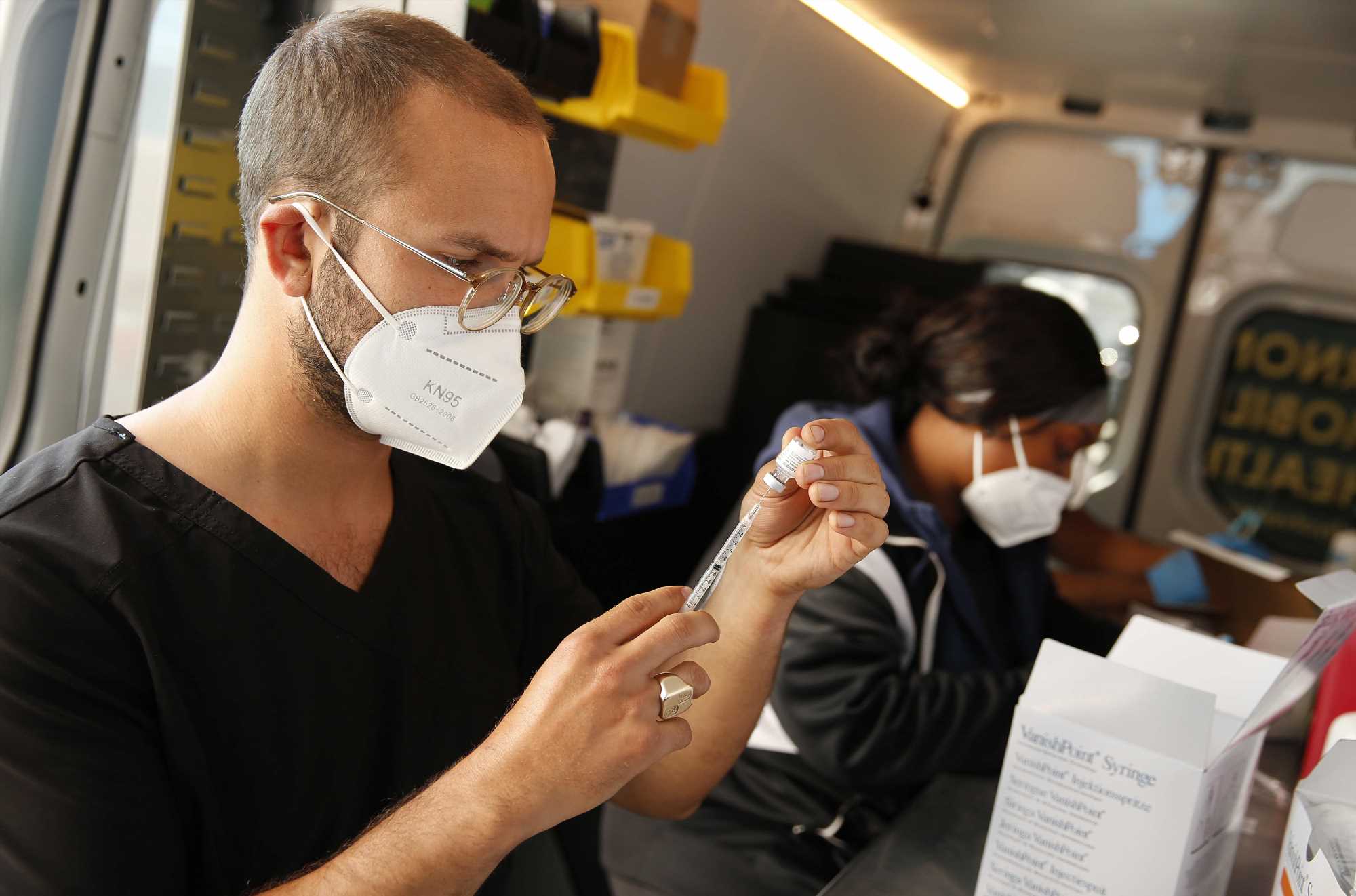 The daily coronavirus death toll in the U.S. is at its lowest level in months as the country continues to ramp up the pace of vaccine administration. At the same time, outbreaks in states like Michigan are stoking fears of another nationwide Covid-19 surge.

About 63,280 daily new coronavirus cases are being reported across the U.S., according to a seven-day average of data tracked by Johns Hopkins University. Case counts have been on the rise again recently following months of sharp declines from peak levels in January.

That new case growth is showing signs of plateauing following a low number of new cases reported for April 4, but many states did not report data on Easter Sunday. It will likely take a couple of days for the holiday weekend case and death counts to be reported and collected, at which point the latest direction of the outbreak's trend will become more clear.

Michigan, where average daily new cases are up 39% compared to a week ago, is currently experiencing the most severe outbreak in the country on a per capita basis. The state's seven-day average of nearly 6,500 new cases per day is approaching levels seen during the winter surge, when case counts there peaked at an average of about 8,300 per day.

Dr. Scott Gottlieb, a former Food and Drug Administration commissioner, said Monday on CNBC's "Squawk Box" that he attributes the most recent uptick in Michigan and other states like Minnesota and Massachusetts to multiple causes. The spread of virus variants, colder climates that make it harder to gather outside, schools being reopened, and increased mobility among residents are all contributing to the spread, Gottlieb said.

He doesn't expect these factors, however, to fuel a nationwide surge in new cases.

"I don't think it's going to be the start of a true fourth wave," Gottlieb said. "I think that this is going to be regionalized outbreaks, and hopefully we get beyond this as we vaccinate more."

The daily Covid-19 death toll in the U.S. currently sits at 797, based on a weekly average of Hopkins data. While still elevated, that figure is at its lowest point since late October 2020.

The Centers for Disease Control and Prevention reported a single-day record of 4.1 million vaccine doses administered on Saturday, and more than 3 million vaccine shots were reported given for each of the past four days.

The seven-day average of shots given in the U.S. is now sitting just above 3 million doses per day.

More than 165 million doses of the Pfizer, Moderna, and Johnson & Johnson Covid-19 vaccines have been administered in the U.S., according to CDC data.

Nearly one third of the population has received at least one dose of a vaccine and 18.5% of Americans are fully vaccinated.

Of those 65 and older, 75% have received at least one dose and 55% are fully vaccinated, according to the CDC.