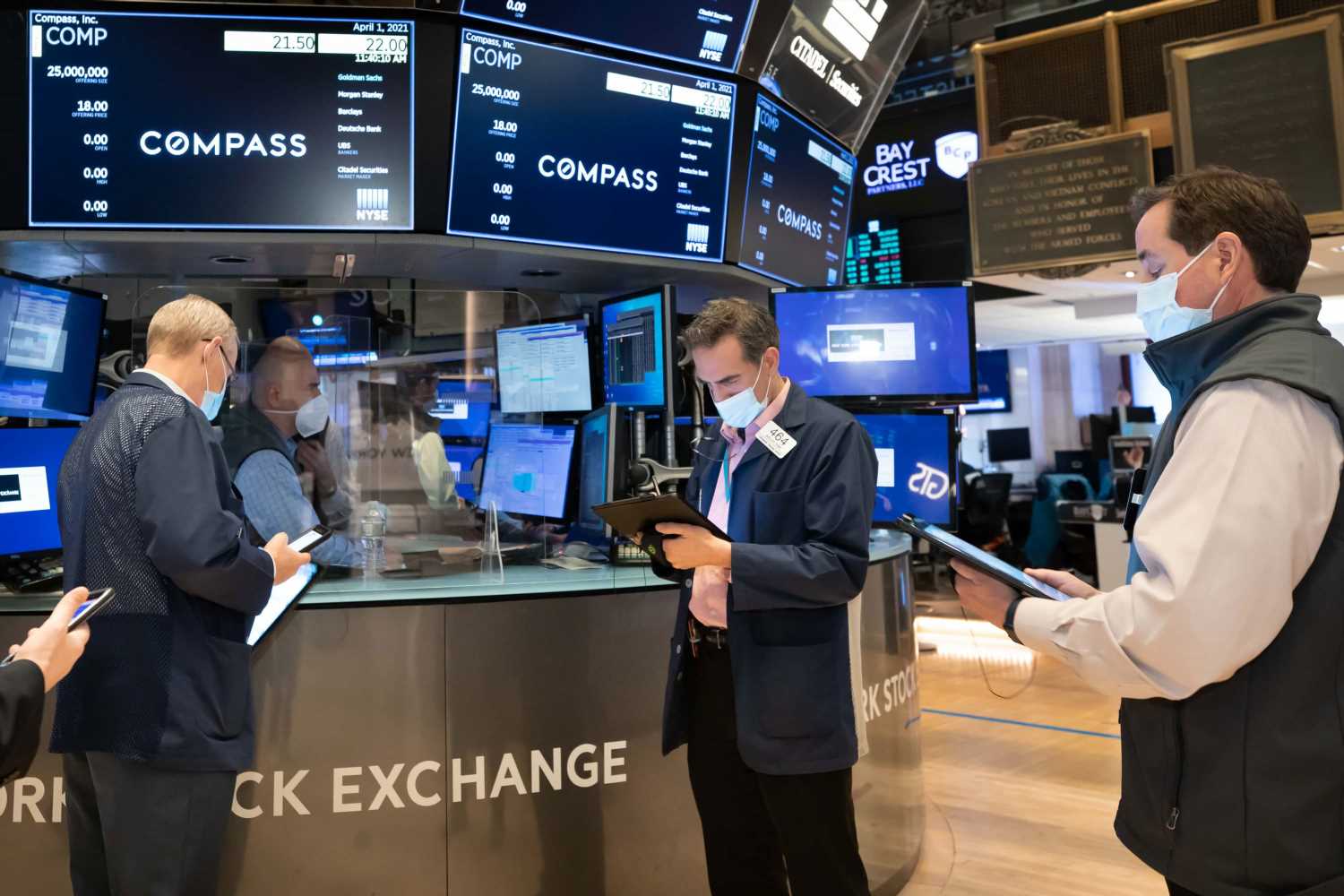 Dow futures rose over 200 points Monday after Friday's blowout jobs report showing nonfarm payrolls had increased by 916,000 in March. That was much stronger than expected and the highest total since August, as states continued to reopen their economies one-year after the start of pandemic and Covid vaccinations ramped up. The 10-year Treasury yield ticked higher Monday but remained below its recent 14-month high. On Thursday, the week's last day of trading, the S&P 500 rose nearly 1.2%, closing above 4,000 for the first time ever. The Dow Jones Industrial Average gained 0.5% but came up short of closing at a record. The tech-heavy Nasdaq jumped 1.8%, moving within 4.6% of its February record close.

2. Yellen to push for global minimum tax on corporations

Treasury Secretary Janet Yellen on Monday will call for a minimum tax on corporations around the world in an effort to keep companies from relocating to find lower rates. "We are working with G-20 nations to agree to a global minimum corporate tax rate that can stop the race to the bottom," Yellen will tell a conference held by the Chicago Council on Global Affairs, according to a report from Axios confirmed by CNBC. President Joe Biden is looking to raise the U.S. corporate tax rate as a way to pay for a $2 trillion infrastructure improvement plan.

Republican Sen. Roy Blunt of Missouri is urging the president to cut his infrastructure plan to roughly $615 billion and to concentrate on rebuilding physical infrastructure like roads and bridges. The fourth-ranking GOP senator said on "Fox News Sunday" that only 30% of Biden's proposal focuses on traditional infrastructure. Blunt said that reducing the price would allow the White House to pass the bill through both chambers of Congress. Senate Minority Leader Mitch McConnell, R-Ky., said last week the $2 trillion package would not receive Republican support.

GameStop dropped 13% in Monday's premarket after announcing plans to sell up to 3.5 million shares as the video game retailer looks to take advantage of its stock surge following a Reddit-driven trading frenzy earlier this year. GameStop said it would use the proceeds to speed up the shift in its business model to e-commerce. GameStop closed Thursday at $191 per share. It traded as high as $483 in late January. Before the Reddit trade took hold, the stock began the year under $20.

Tesla shares jumped more than 7% in the premarket after the electric automaker Friday said it delivered nearly 185,000 vehicles during the first quarter. That's a record for the company and above estimates for 168,000 deliveries. All of the vehicles produced during the quarter were Model 3 sedans and Model Y crossover SUVs. Tesla did not produce any of its more expensive Model S sedans and Model X SUVs. However, it did deliver 2,020 Model S and Model X vehicles from inventory.

The U.S. put Johnson & Johnson in charge of the Emergent BioSolutions plant that ruined 15 million doses of the drugmaker's one-shot Covid vaccine, a senior health official said. The government also prohibited AstraZeneca from using the facility. Emergent BioSolutions workers at the plant in question mixed ingredients for the J&J and AstraZeneca vaccines, according to The New York Times. AstraZeneca, whose vaccine has not been approved in the U.S., said it will work with the Biden administration to find an alternate production site.

— The Associated Press and Reuters contributed to this report. Get the latest on the pandemic with CNBC's coronavirus blog.