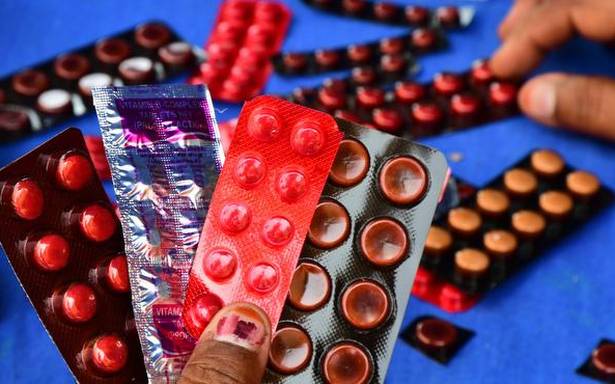 As per the latest Enforcement Report by the U.S. Food and Drug Administration (USFDA), Sun Pharma is recalling Cequa ophthalmic solution, which is used to treat chronic dry eye.

The U.S.-based subsidiary of the Mumbai-based drug major is recalling 37,400 cartons (60 vials per carton) of the ophthalmic solution for being "subpotent", the U.S. health regulator said.

The Princeton (NJ) based firm initiated the nationwide recall of the affected lot on February 22, this year, it added.

The Hyderabad-based firm is recalling the drug, which is used to prevent cardiovascular disease, for "failed impurities/degradation specifications", the USFDA said.

The U.S.-based unit of the drug major initiated the nationwide recall on February 19, 2021, and the USFDA has categorised it as Class III recall which is initiated in a "situation in which use of, or exposure to, a violative product is not likely to cause adverse health consequences".

The drug firm is also recalling 16,449 bottles of Progesterone Capsules (200 mg), used to cause menstrual periods in women who have not yet reached menopause, in the U.S. market for "failed dissolution specifications".

The company has initiated the nationwide recall of the lot on February 26, this year and the USFDA has classified it as a Class II recall which is initiated in a situation in which use of, or exposure to, a violative product may cause temporary or medically reversible adverse health consequences or where the probability of serious adverse health consequences is remote.

"Famotidine 20mg and ibuprofen 400mg tablets were found in a lot of famotidine 40mg," the USFDA noted.

The company initiated the nationwide recall on January 20 and the USFDA has classified the action as Class II.

Besides, Salisbury-based Jubilant Cadista Pharmaceuticals is recalling 6,35,400 cartons of Methylprednisolone tablets, prescribed for its anti-inflammatory and immunosuppressive effects, in the American market due to "Illegible label".

"Customer complaint received of misalignment print of the printed dosing instructions on the blister card," the USFDA said.

The company initiated the nationwide recall on February 19 and the USFDA has classified the action as a Class III recall.