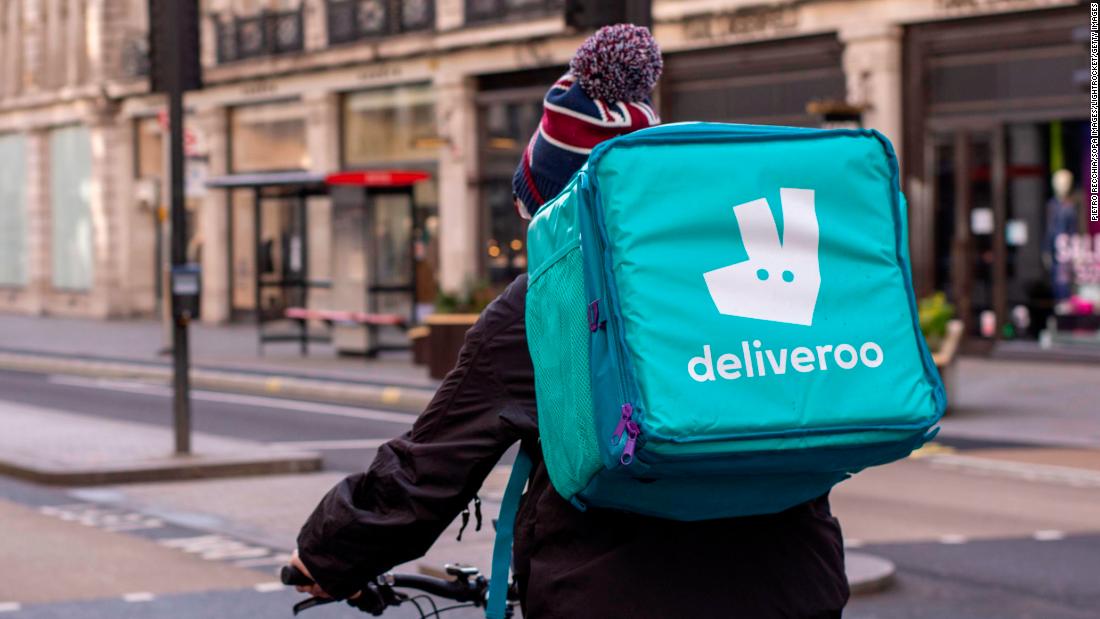 London (CNN Business)Amazon-backed food delivery startup Deliveroo has announced plans to give some of its busiest riders £10,000 bonuses ($13,850) when it goes public in a huge London IPO.

Deliveroo on Monday confirmed plans to list on the London Stock Exchange following a surge in business during the pandemic. The total value of transactions processed on its platform increased by 64% last year to £4.1 billion ($5.7 billion).
But the tech company still posted an underlying loss of £224 million ($310 million) in 2020, raising questions about its valuation. The listing is expected to value Deliveroo at more than $7 billion, according to Reuters, but other media reports have pegged the target at up to $10 billion. 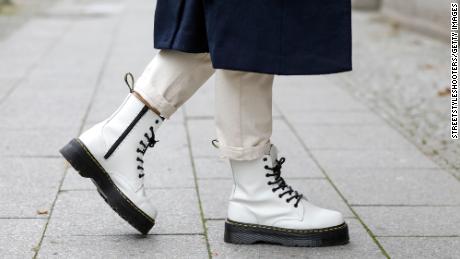 “This valuation of Deliveroo seems excessive for a business which is still many years from profit, especially given that some hold significant doubt whether the home takeaway delivery model can become profitable outside of London,” said John Colley, associate dean of Warwick Business School.
“Indeed, the sole basis for this valuation appears to be the immense amounts of cash looking for growth technology stocks,” added Colley. 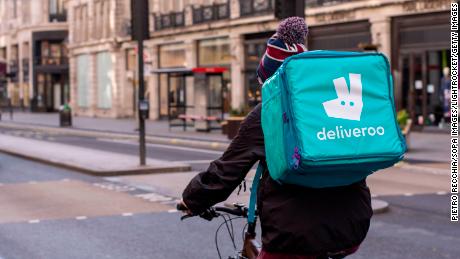 Deliveroo has over 100,000 riders and 115,000 food merchants in 12 markets around the world. The company said it has established a fund to support restaurants and help them recover from the pandemic. It also aims to give riders £16 million ($22.2 million) in bonus payments.
The company said in a statement that “hundreds” of active riders would receive the maximum bonus, with the largest payments being made to those who have completed the most orders in each market. All riders who have worked with Deliveroo for at least one year and completed 2,000 orders will receive £200 ($277). The average payment per eligible rider will be £440 ($610). The fund will launch on the day of the IPO.
“Today, the business is so, so much bigger than I ever would have thought possible,” CEO Will Shu said in letter released on Monday. “Yet we truly believe we are still getting started. Our ambitions have increased as we start to truly understand and execute on the opportunity in front of us in online food.”
Amazon (AMZN) owns 16% of Deliveroo after its investment was cleared by UK antitrust regulators last year.
Yet there may be other challenges ahead.
Last month, the UK Supreme Court upheld a ruling that Uber drivers should be classified as workers and not independent contractors. The unanimous decision was a major blow to the business model employed by companies in the gig economy.
“The recent Supreme Court finding that Uber drivers are ‘workers’ and have certain rights such as paid holidays and pensions. This finding may well apply to takeaway home delivery too, driving up their costs,” said Colley.
“Ultimately Deliveroo will have to charge customers and restaurants far more to make a profit, but that brings its own difficulties. For restaurants, margins are already narrow. And at what price do customers simply decide to collect their own meals?” he asked.

Deliveroo confirmed on Monday that it will list with dual class shares, replicating the structure that has allowed tech founders including Facebook’s (FB) Mark Zuckerberg to go public while holding onto control of their companies. Shu will receive 20 votes per share while ordinary investors will have a single vote per share. The arrangement will expire after three years.
The UK government said last week that it would review rules that prohibit companies with dual class structures from joining major FTSE indexes. Changes are unlikely to be made in time for Deliveroo’s listing, but the company could later become eligible if listing standards are updated.
Source: Read Full Article