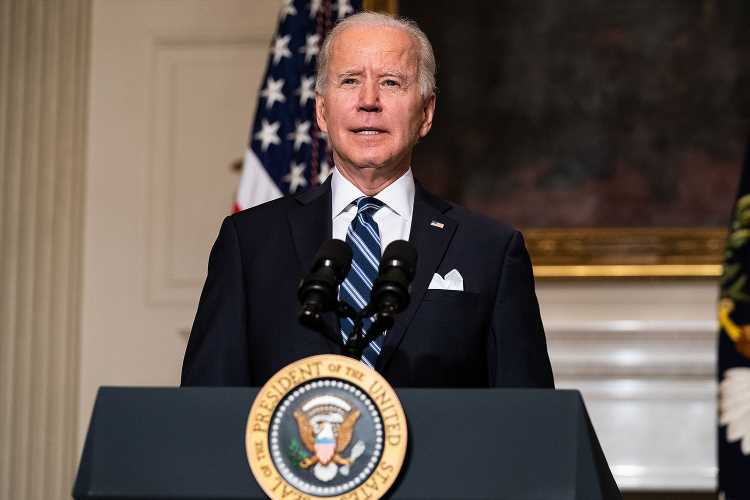 There are, of course, many differences between President Joe Biden and predecessor Donald Trump — down to their daily routines.

Biden, 78, campaigned on a return to normal as commander-in-chief and he has the schedule to match, receiving daily briefings on the COVID-19 pandemic and national security and meeting with foreign leaders, his Cabinet members and lawmakers from both the Republican and Democratic parties.

He has avoided the kind of minute-by-minute social media posts his predecessor favored, dictating his changing thoughts.

Instead, White House Press Secretary Jen Psaki briefs reporters each day and the administration's comments come from the press office, not from Fox News appearances or late-night tweet.

The new president has also been, in some ways, a man about town: While Trump eschewed Washington, D.C. outside the West Wing, Biden and First Lady Dr. Jill Biden have already made repeated stops around the area.

As Biden marked his first month in the White House this past week, here's what his typical day-to-day has looked like so far.

What Time Biden Starts and Ends His Day Biden is said to typically return to his residency in the White House — manila folders in hand — by 7 p.m., according to a CNN report.

The network reported that Biden is then usually back in the Oval Office for meetings and phone calls by 9 a.m. the next morning.

What Daily Work Does the President Do?

The president and Vice President Kamala Harris have both introduced themselves — or reintroduced, in Biden's case — to world leaders in recent weeks. The two have spoken with U.S. allies like Canadian Prime Minister Justin Trudeau and French President Emmanuel Macron as well as leaders who have more contentious relationships with the U.S., such as Russian President Vladimir Putin and Chinese Xi Jinping.

Biden's daily schedule — which is sent to White House reporters each night ahead of the next day — has noted the president and vice president receive daily security briefings every morning.

Trump's public schedule, by contrast, had grown increasingly thin in the final weeks of his presidency and his aides routinely defended him by saying he did work that was not advertised.

In lieu of specific activities, his public schedule said that he would " make many calls and have many meetings."

What Is Biden Doing About COVID-19? Biden made the case to the U.S. during the 2020 election that he would hone in on managing the pandemic — an effort that appeared to flounder under Trump, who acknowledged knowingly downplaying COVID-19.

Biden has met with separate groups of Democratic and Republican senators this month to discuss his administration's proposed $1.9 trillion COVID-19 stimulus package, according to his daily schedule. Biden and Harris, 56, also hosted a call with a bipartisan group of governors and mayors across the country to talk through the deal this month. The White House press secretary told reporters recently that COVID-19 is what Biden focuses on "every day."

"It's the issue he wakes up every morning and focuses on," Psaki, 42, said during a press briefing earlier this month.

Biden also recently took a virtual tour of the mass vaccination site at State Farm Stadium in Glendale, Arizona, and took an in-person trip to the Viral Pathogenesis Laboratory in Bethesda, Maryland, where Moderna vaccines are being rolled out. Biden told reporters on Inauguration Day his return to the White House, where he served eight years as President Barack Obama's vice president, "feels like I am going home."

The president told Anderson Cooper this month that the 55,000-square foot residence he shares with Dr. Biden and their two dogs, Champ and Major, makes him "self-conscious," though he still says the pomp of the presidency is "flattering."

Outside, the former senator has been getting reacquainted with the D.C. neighborhood.

On Sundays, the Bidens go to mass at the Holy Trinity Catholic Church in Georgetown. The president's motorcade has stopped for aides to run into a local bagel shop, while Dr. Biden has been spotted running into bodegas to buy magazines and take selfies with staff.

Meanwhile, Harris — a noted jogger — was seen running up and down the steps of the Lincoln Memorial in recent weeks. Echoing the Biden's efforts to connect with the community, the vice president has also made surprise visits to healthcare workers along with with her husband, Second Gentleman Doug Emhoff.

The Bidens have taken two weekend trips, so far: one to their hometown of Wilmington, Delaware, and another to Camp David in Maryland, a traditional presidential getaway.

"It's refreshing how normal it is," Chris Lu, a former Cabinet secretary under Obama, told The Hill this month. "This is what happens in a normal White House. You have a process for making policy decisions, you have a message of the day, you have a president who sticks to the message. You have a sense of order."