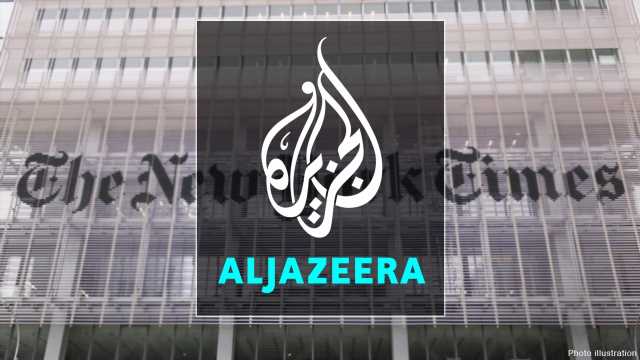 The New York Times is doing business with Al Jazeera, which was forced to register as a foreign agent of Qatar with the Justice Department last year.

In a statement released Thursday, Al Jazeera announced it will be partnering with the Gray Lady as part of the launch of Reyada, an Arabic-language business platform that will “report on innovation, entrepreneurship and the booming start-up ecosystem of the Middle East.”

“Reyada will combine Al Jazeera’s original coverage with a selection of independent reporting and in-depth news analysis from The New York Times under a licensing agreement with The New York Times Licensing Group (NYTLicensing),” the statement continued.

“We are thrilled to collaborate with The New York Times, an [organization] that possesses such high journalistic integrity and a well-earned legacy, to support the launch and coverage of Reyada,” said Dr. Yaser Bishr, executive director of digital for Al Jazeera Media Network.

Michael Greenspoon, the Times’ global head of licensing, also stated, “The New York Times is an invaluable resource for audiences looking to stay informed of the global business landscape. We are delighted to participate in Reyada and look forward to providing the in-depth, impactful journalism of The New York Times to Al Jazeera’s business audience the world over.”

Al Jazeera was ordered by the Justice Department last September to register as a foreign agent, with DOJ counterintelligence chief Jay I. Bratt asserting in a letter that the network acts “at the direction and control” of the country’s royal family.

“Despite assertions of editorial independence and freedom of expression, Al Jazeera Media Network and its affiliates are controlled and funded by the Government of Qatar,” Bratt wrote, according to Mother Jones. “Journalism designed to influence American perceptions of a domestic policy issue or a foreign nation’s activities or its leadership qualifies as ‘political activities’ under the statutory definition.”

The Times did not immediately respond to Fox News’ request for comment.