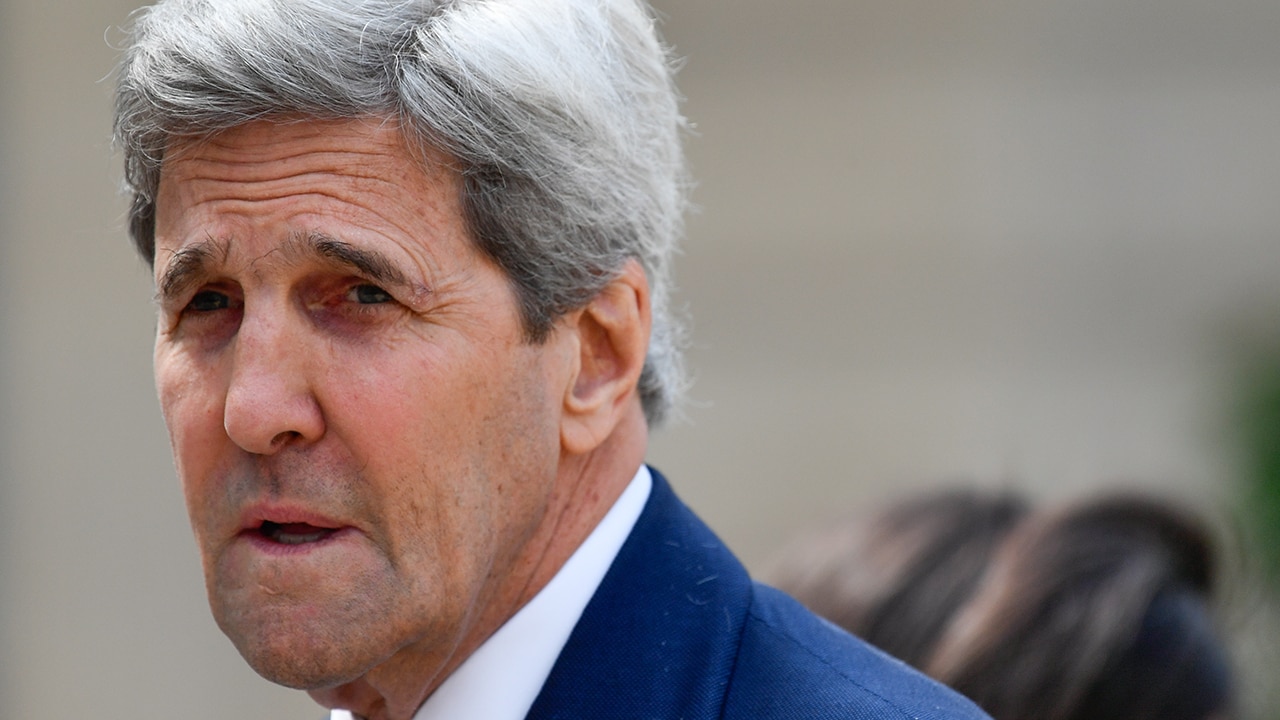 John Kerry, the White House’s special envoy on climate, warned Friday that the U.S. only has less than a decade left to avoid the worst of a climate catastrophe.

“Around 2030 is the date at which we have to get the world now on the right path in order to cap the level of warming at that level of 1.5 [degrees celsius],” he said at a Munich Security Conference.

“The scientists told us three years ago we had 12 years to avert the worst consequences of climate crisis. We are now three years gone, so we have nine years left,” Kerry later told CBS News.

“There is no room for B.S. anymore. There’s no faking it on this one,” the climate czar said.

Kerry pointed to this week’s deadly snowstorms across much of the U.S. “Obviously we want to prevent this from becoming the new normal to the degree that we can,” he continued.

Kerry noted that the popular belief is that climate change only relates to temperature increases, not decreases, but said in reality it threatens all weather patterns.

“I think it’s a very appropriate way to think of it, so it is directly related to the warming, even though your instinct is to say, wait a minute, this is the new Ice Age. But it’s not,” Kerry said. “It is coming from global warming and it threatens all the normal weather patterns.”

Winter Storm Uri brought ice and snow to swaths of the U.S. that rarely see such low temperatures. States like Texas were caught off guard, and millions were left without power as the electric grid was overwhelmed with the demand for heat. Tuesday was the coldest day in North Texas in 72 years, and the Dallas- Fort Worth area reached a record low of minus two degrees Fahrenheit this week.

The warning from Kerry came as the U.S. formally reentered the Paris Climate Agreement Friday. Still, he stressed that joining the agreement would not be enough.

“Even if we did everything that we said we were going to do when we signed up in Paris, we would see a rise in the Earth’s temperature to somewhere around 3.7 degrees or more, which is catastrophic,” Kerry said.

“We know that just doing Paris is not enough,” Kerry said during an event for climate action group America is All In. “If every country delivered, we’d still see a warming planet Earth.”

Climate change is widely blamed for both warming and droughts, fires and hurricanes, but scientists are divided on whether such unusual cold snaps are linked to it. Some argue that warming temperatures in the Arctic can push frigid polar air south, leading to colder temperatures in the short term. The Arctic is warming about twice as fast as the rest of the planet. The link between climate change and the behavior of the polar vortex is not yet clear. Other researchers say climate change will make frigid weather events less likely.

“He’s not entirely correct,” Texas State climatologist John Neilsen-Gammon told Fox News. “In Texas, when we get cold we get it from the Arctic, it doesn’t form here, it has to move here. The direct temperature effect [of climate change] on cold weather would make extreme cold weather in Texas milder. But dynamically there’s decent evidence that jet stream patterns may be disrupted by climate change and could lead to bigger excursions of the jet to low latitudes and could make cold extremes more severe. Kerry was talking about the dynamical effect.”