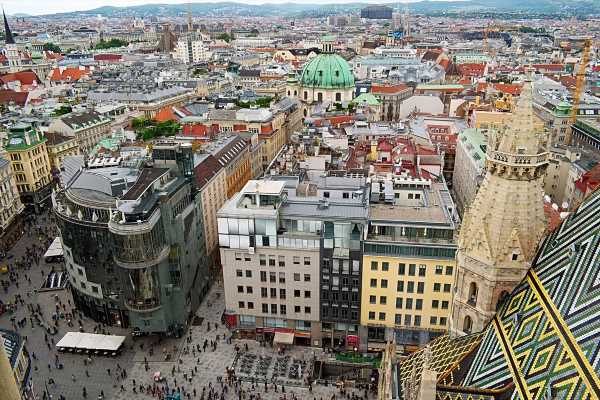 Want the lowdown on European markets? In your inbox before the open, every day. Sign up here.

A decade-old takeover drama over the three biggest Vienna-listed real estate companies is getting new momentum after Aggregate Holdings SA entered the stage with surprise deals that could hand it stakes in S Immo AG, Immofinanz AG and CA Immobilien Anlagen AG.

Since the deals could mean the exit of Ronny Pecik, the Immofinanz boss who tried to merge with S Immo and had a hand in Starwood’s takeover of CA Immo, they could also herald a new effort to combine the companies or reshuffle their ownership. Aggregate only said in a sparse statement that the purchases demonstrate its “long-term strategic commitment towards two significantly undervalued and high-quality real estate businesses.”

The Austrian companies have said for years that a three-way merger would make sense. But valuation debates, financial crises, owners’ and executives’ egos and nightmarish corporate governance complexities have foiled every attempt to combine in almost every way possible. The latest push was made by Pecik through his stakes in S Immo and Immofinanz. Yet he appeared to throw in the towel Friday, saying he would step down as CEO once his Immofinanz stake sale is completed.

All three own mostly commercial property with a main focus on Germany, Austria and eastern Europe. The pandemic has weighed on all companies’ shares last year, as retail, office and hotel properties were all hit by lockdowns and the move to working from home. Taken together they have a market capitalization of 6.9 billion euros and 15.4 billion euros of total assets.

Aggregate bought Pecik’s 9% S Immo stake, with a market value of 118 million euros, and agreed to buy his 10.5% Immofinanz stake, which would be worth 226 million euros. The Immofinanz deal is subject to approval by Peter Korbacka, a Slovak investor who co-owns the stake with Pecik.

Via S Immo’s 6% stake in CA Immo, the deal gives Aggregate partial ownership of that third company as well. A week ago, it said it pondered a counterbid to Starwood’s plan to buy out minority shareholders in CA Immo for 34.44 euros a share. It hasn’t elaborated on those plans.

— With assistance by Luca Casiraghi