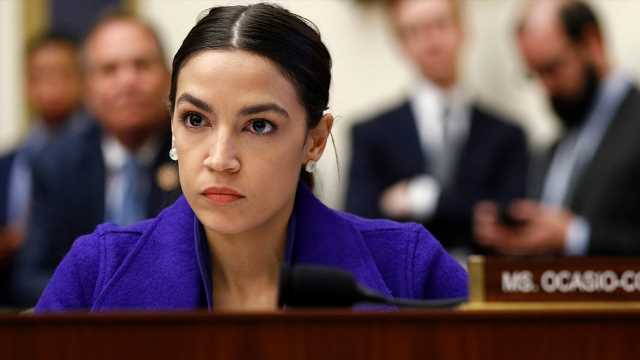 The feud between New York Democrat Rep. Alexandria Ocasio-Cortez and Texas Republican Sen. Ted Cruz, continues to play out on Twitter, with the latest blow coming from the left Thursday.

In an unusual attempt at unity, Cruz retweeted a message from Ocasio-Cortez regarding the latest development in the GameStop saga that has plagued Wall Street this week, creeping it’s way into Washington, D.C.

Ocasio-Cortez condemned the online trading platform Robinhood, after it restricted users on its app from trading GameStop shares, after the failing retailer saw an unprecedented uptick in its stock this week.

In an attempt to curb trading by small investors — who some Wall Street veterans fear could destroy hedge funds — Robinhood took steps to prevent its users from being able to trade freely and reversed the upward trend in GameStop stock value Thursday.

“This is unacceptable,” Ocasio-Cortez wrote on Twitter. “We now need to know more about [Robinhood’s] decision to block retail investors from purchasing stock while hedge funds are freely able to trade the stock as they see fit.”

Cruz threw his support behind the Democrat, retweeting the message and simply stating, “Fully agree.”

But instead of acknowledging the rare occasion the two congressional lawmakers could actually find themselves in agreement on an issue, Ocasio-Cortez rebuffed the senator’s support, diverting the conversation to the attack on the U.S. Capitol earlier this month.

“I am happy to work with Republicans on this issue where there’s common ground, but you almost had me murdered 3 weeks ago so you can sit this one out,” Ocasio-Cortez shot back at Cruz.

“Happy to work w/ almost any other GOP that aren’t trying to get me killed. In the meantime if you want to help, you can resign,” she added.

The New York Democrat has held Cruz and other GOP lawmakers accountable for the breach on the U.S. Capitol after they propagated debunked allegations against the integrity of the 2020 presidential election.

The attack happened as lawmakers in the House and Senate separated to review and vote on the Electoral College results for states that some GOP lawmakers, including Cruz, objected to.

Videos that surfaced during and after the attack showed some of the pro-Trump supporters specifically targeting certain Democrats like Speaker of the House Nancy Pelosi and Ocasio-Cortez.

The New York Democrat has repeatedly called for Cruz’s resignation from office.