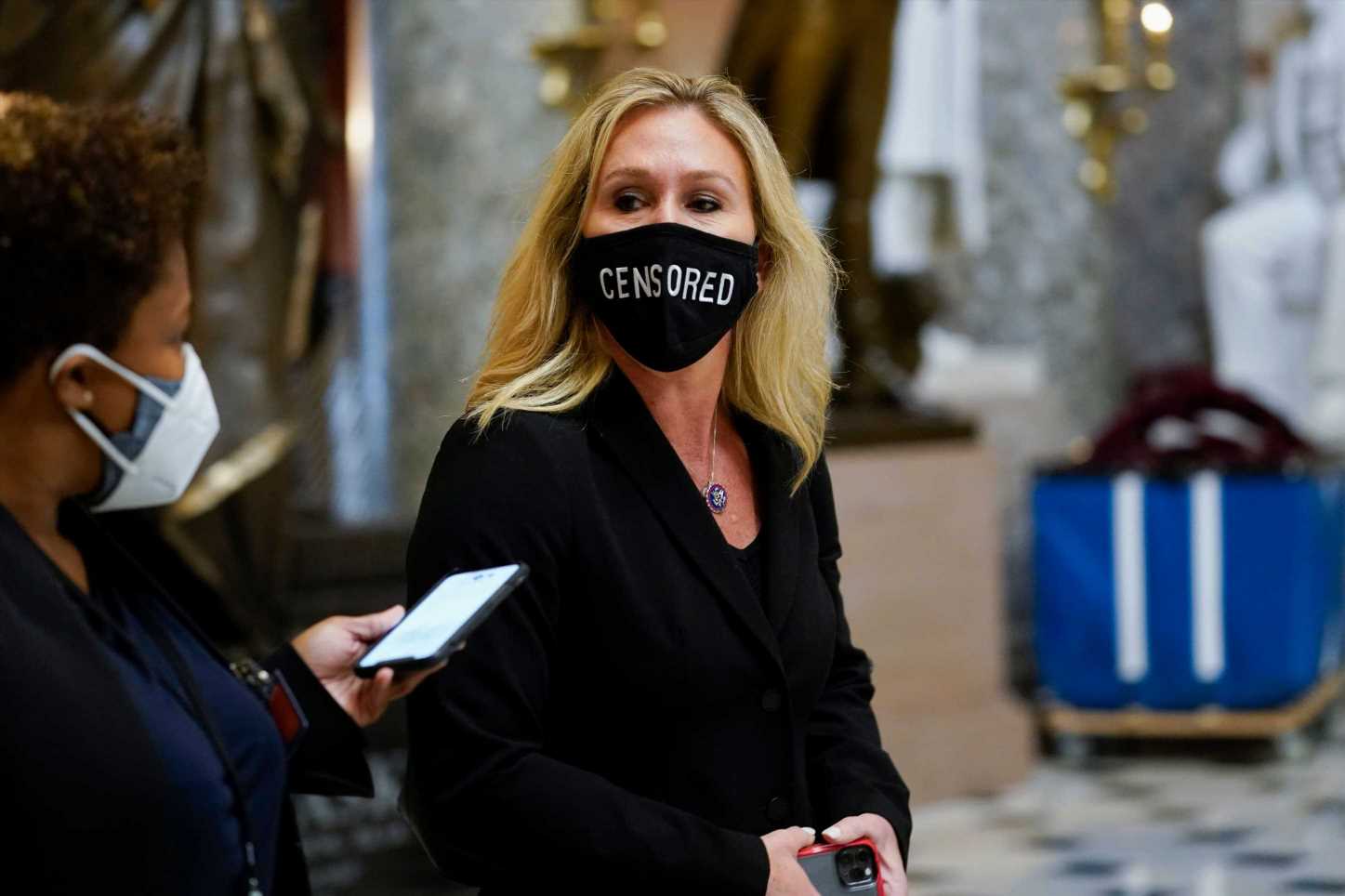 Media Matters for America, a progressive watchdog group, first reported that Greene, a far-right firebrand who was recently elected to Congress, had endorsed fringe conspiracy theories on Facebook in 2018 that suggested former Secretary of State Hillary Clinton murdered a child during a satanic ritual.

CNN’s KFile later found other troubling activity on Greene’s personal Facebook page after reviewing hundreds of her posts and comments. In January 2019, Greene liked a comment that said it would be “quicker” to remove Pelosi from office with a “bullet to the head.” On another post from April 2018, a commenter asked her if “H & O” — referring to former President Barack Obama and Clinton — should be hanged.

“Stage is being set,” Greene replied, according to the archives obtained by CNN. “Players are being put in place. We must be patient. This must be done perfectly or liberal judges would let them off.”

Greene has embraced the conspiracy theory woven by QAnon, joining an unhinged cult that believes Democrats, the media elite and powerful people in Hollywood are engaged in a child trafficking ring, imprisoning children in dungeons run by Satan worshipers. Followers of the movement — which has no basis in reality — believed former President Donald Trump was battling those rogue elements and that an anonymous person or group named Q had left clues across the internet about Trump’s efforts battling the “deep state.”

The congresswoman responded to CNN’s report on her personal Twitter account later Tuesday, saying the publication had written a “hit piece on me focused on my time before running for political office.”

“They want to take me out because I represent you,” she said. “And they absolutely hate it. Prepare for the smears.”

She did not address the specific posts CNN pointed out.

Axios added later Tuesday night that House Republican Leader Kevin McCarthy (R-Calif.) was aware of Greene’s social media history and that he planned to speak with her about it.

“These comments are deeply disturbing and Leader McCarthy plans to have a conversation with the Congresswoman about them,” Mark Bednar, a spokesman for McCarthy, told the news site.

Greene has faced several calls for her resignation in the weeks since her election, most recently after Media Matters reported that she agreed with comments calling the massacre of high school students in Parkland, Florida, a “false flag” operation. Students who survived that Feb. 14, 2018, attack have called for her to step down from Congress.