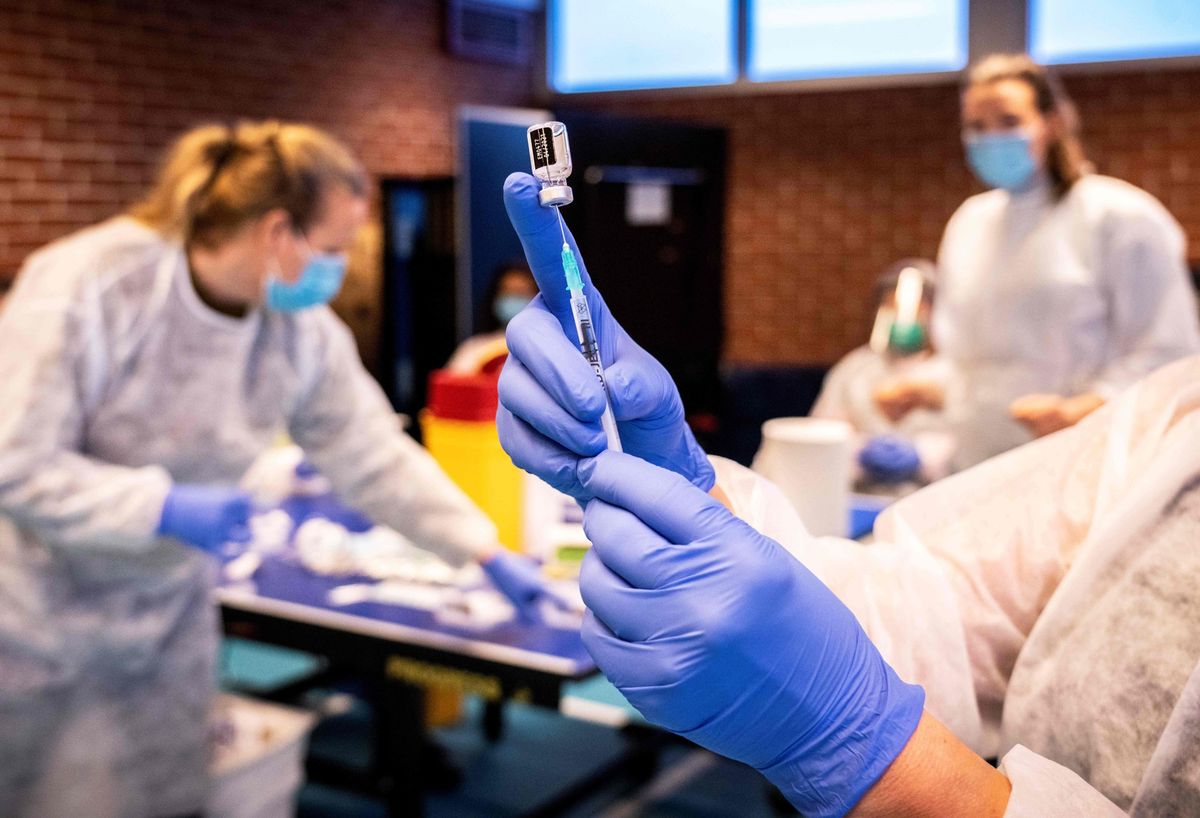 The Prime Minister of Norway, Erna Solberg, says her country may fine-tune the vaccination of its oldest, sickest citizens as it tries to make sense of a recent spate of deaths.

Having weathered the pandemic better than most, Norway suddenly made international headlines this month after revealing that more than 30 people — all over 70 and all already sick — died not long after being vaccinated against Covid-19. Solberg says the intense global interest in the news was “exaggerated” as she tries to ensure the development doesn’t put people off inoculation.

“We don’t believe there’s any problem with the safety of the vaccines,” Solberg said in an interview with Bloomberg Live that aired on Tuesday. “But we will maybe not give them to the most vulnerable of the elderly, because that might speed up a process where they were what we would say at the end of life phase anyway,” so, “that probably is not what we will continue to do.”

The Norwegian Institute of Public Health, which has identified people over 65 as a group to be prioritized in the vaccine rollout, has urged doctors to inoculate the elderly and sick on a case-by-case basis.

“For very frail patients and terminally ill patients, a careful balancing of benefit versus disadvantage of vaccination is recommended,” it said on Jan. 11, before Norway published data on post-inoculation deaths.

The Norwegian Medicines Agency said its reporting on adverse reactions caused unnecessary concern around the world, and will now only publish data on deaths that have been autopsied. The agency says its information on the side-effects of Covid-19 vaccines will be included in international studies.

Other countries, including Germany, have also recorded deaths in people who recently were vaccinated. Finland reported three such fatalities on Tuesday, but none of the countries identified causal links.

The Norwegian Medicines Agency says there’s no evidence so far that the elderly deaths reported were directly linked to the vaccine. “However, it cannot be ruled out that common vaccine side effects, such as fever and nausea, may have contributed to a serious course of underlying disease in frail patients,” the agency said in a written response to questions.

Norway is now working with Pfizer Inc. and BioNTech SE — the first producers to provide it with vaccines — to examine its data in more detail. The country’s medicines agency has told Pfizer it doesn’t see grounds for alarm. The first Europe-wide safety report on the Pfizer-BioNTech vaccine is due to be published at the end of January.

Meanwhile, Norway’s government has underscored its confidence in the vaccine. “We are trying to work very hard to get the focus that this is not a problem,” Solberg said. “It’s who we have vaccinated, not the vaccine that has created this data.”

Norway’s medicines agency reported 292 suspected “adverse reactions” out of 71,971 people who had been vaccinated as of Jan. 21; of those, 104 had been reviewed by health authorities, with 30 reported deaths. The country had inoculated 1.4% of its population as of Friday, according to Bloomberg’s Covid-19 Vaccine Tracker. That compares with 3.4% in neighboring Denmark, which is among the furthest advanced in Europe with its immunization program.

Norway plans to administer second vaccine doses without delay, Solberg said. That’s in contrast to the approach in the U.K., where Health Secretary Matt Hancock has said there’s high confidence the first dose provides “decent efficacy” against the virus.

Solberg spoke with Bloomberg Live before Norway moved to lock down the Oslo area in an effort to fight the spread of more contagious coronavirus mutations, deploying its strictest measures yet. The prime minister said she hopes Norway will finish vaccinating its most vulnerable citizens by March.

— With assistance by Lars Erik Taraldsen, and Naomi Kresge