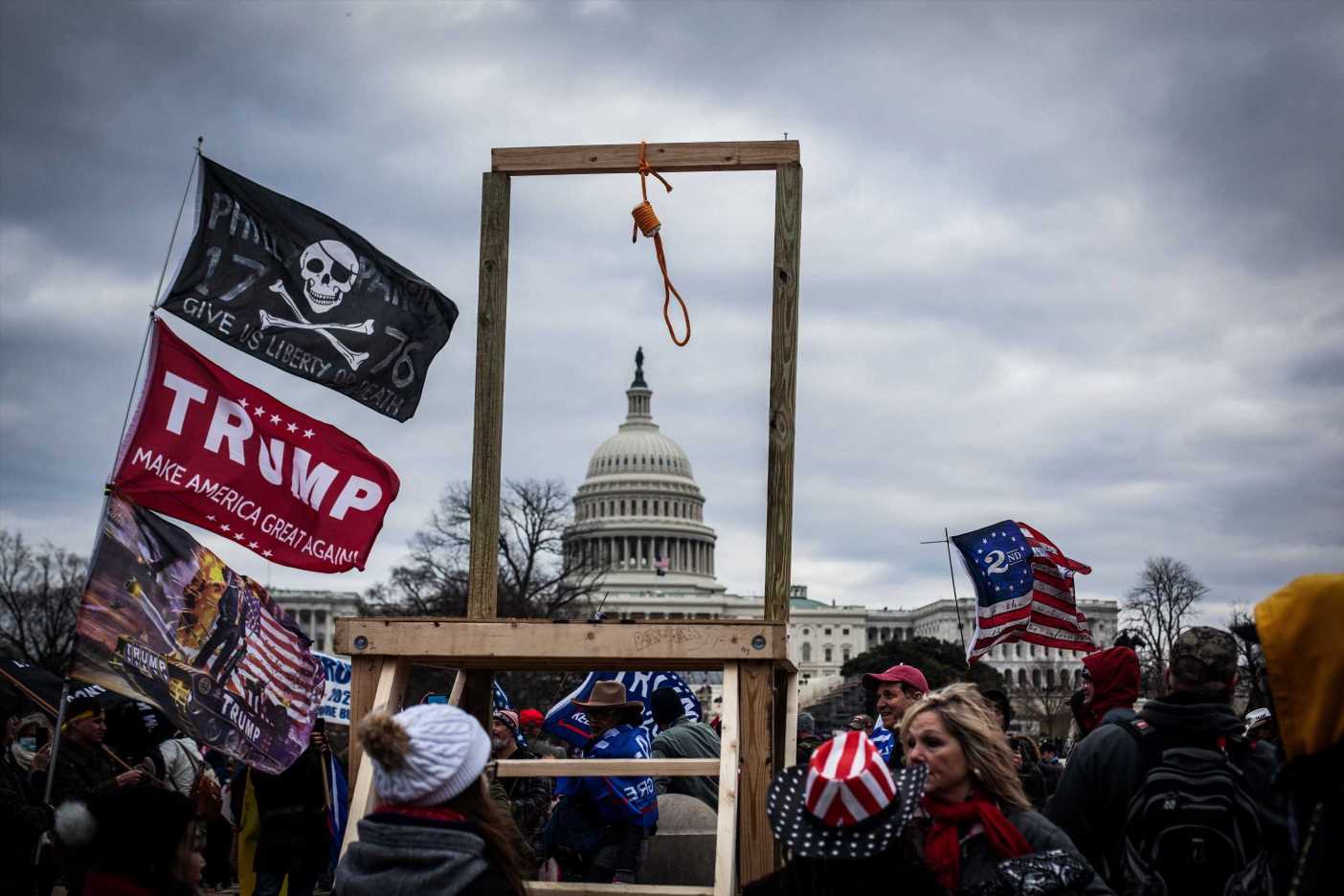 A dramatic new video makes a strong case that then-President Donald Trump incited the deadly storming of the U.S. Capitol, using his own words and featuring rioters convinced they were following Trump’s orders as they breached the building.

The 10-minute video, posted by Just Security, an online forum hosted by the Reiss Center on Law and Security at the New York University School of Law, is a compilation of scenes, many taken from the right-wing social media platform Parler.

“The videos, along with other information in the public record, provide strong evidence of a causal link between Trump’s messages to his supporters and their dangerous, illegal conduct,” Just Security noted in a statement on its website. They also demonstrate that “Trump placed the life of Vice President Mike Pence, among others, in grave danger,” it added. Five people, including a police officer, were killed in the Jan. 6 attack on the Capitol by Trump supporters following his remarks at a rally near the White House.

“President Trump said we are not giving up the White House. He said we are going to fight,” said one supporter on the Just Security video. “We’re here to take our country back.” She added: “We’re not messing around.”

The House has impeached Trump for “incitement of insurrection” and formally forwarded the charge Monday to the Senate for trial, which is scheduled to begin Feb. 9. Democratic lawmakers were studying the Just Security video to aid them in their trial strategy to highlight Trump’s incendiary comments and his supporters’ response, The Washington Post reported.

They believe such visuals will be the key to prosecuting Trump by clearly revealing his own compelling words, the violent response by his supporters and the peril lawmakers faced as they were trapped inside the Capitol during the insurrection.

Even Senate Minority Leader Mitch McConnell (R-Ky.) said Trump “provoked” the mob that moved on the Capitol with his words and his lies that the presidential election, which Democrat Joe Biden won, was rife with vote fraud.

Check out the entire Just Security video up top.