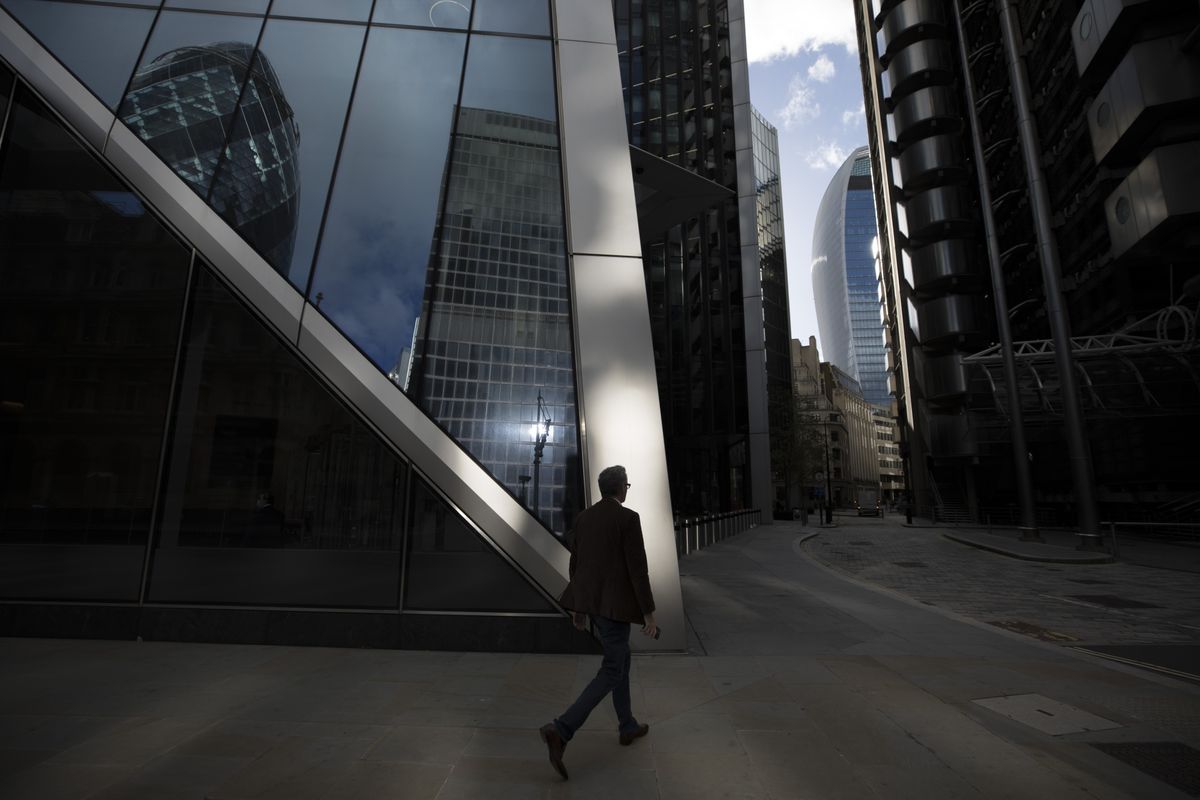 London financiers are discovering that warnings from the European Union over the cost of Brexit are more than tough talk.

The London-based firm said Monday it was prevented from serving all its EU clients because it hadn’t completed its planned relocation of staff to Paris. The company’s disclosure came hours before a Dutch member of the European Central Bank’s executive board emphasized the need for banks to build out their units in the bloc.

“It is essential that we continue to push banks which have relocated to the euro area to allocate enough staff and assets to their new structures,” the ECB official, Frank Elderson, told the European Parliament.

The developments underscore the hard line taken by European regulators keen to compete for the crown jewel of the British economy, which was excluded from the Brexit trade negotiations. Brussels is determined to show the cost to leaving the world’s largest trading bloc and prise business away from the City of London. The U.K. relies on the industry for about a tenth of all tax receipts.

Europe and the U.K. have yet to negotiate a deal for finance that would permit anything like the pre-Brexit status quo to function. Until then, assets and people are up for grabs. Talks slated for March center around a path forward for cooperation, and have mainly symbolic relevance, while any decision on equivalence is unlikely to come anytime soon.

Earlier this month Europe’s top markets regulator warned firms against trying to finesse the situation, such as using online pop-up “I agree” boxes to circumvent rules that require investment services with European clients to be conducted within the EU.

Chancellor of the Exchequer Rishi Sunak has hinted at a repeat of Margaret Thatcher’s “Big Bang” period of financial services deregulation now that the U.K. is no longer bound by EU rules.

London lost 6.3 billion euros ($7.7 billion) in daily stock trades to EU venues on Jan 4, while consultancy EY estimates that financial-services firms operating in the U.K. shifted about 7,500 employees and more than 1.2 trillion pounds ($1.6 trillion) of assets to the European Union ahead of Brexit.

TP ICAP’s experience offers another cautionary tale. It didn’t manage to relocate about 80 brokers from the U.K. to its unit in Paris before Dec. 31 due to pandemic restrictions and difficulties finding schooling for its employees’ children, according to a person familiar with the matter who asked not to be named discussing private details.

That left the broking firm unable to serve all EU clients on trades like euro interest rate swaps and other euro-based products, the person said. It was unclear how long it would take TP ICAP to relocate brokers amid ongoing pandemic restrictions but it committed to do so at the “earliest opportunity.” A spokesman for the company declined to comment beyond the statement.

“Due partly to the extraordinary circumstances relating to the COVID-19 pandemic, in particular relating to stay-at-home orders and travel restrictions currently in effect, it has not yet been possible to complete the relocation of staff to the EU 27 or the local hiring of brokers in the EU-based offices of TPIE as quickly as originally planned,” the company said.

The disclosure was prompted by a notice from France’s Autorité des Marchés Financiers Friday warning that firms face criminal sanctions from Jan 1. if they don’t follow rules requiring an authorized branch or subsidiary within the EU and sufficient personnel to ensure prudent risk management.

While ICAP said there would be no “material impact” on its financial results, the EU’s McGuinness reinforced the view from Brussels in comments on Monday: “We will only take decisions where they are in the interest of the European Union.”

— With assistance by Silla Brush