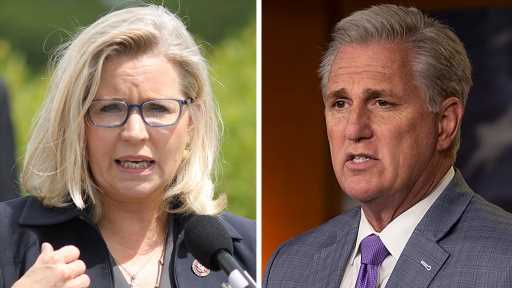 Cheney: Republicans have a lot to come together on to work against Biden

Rep. Liz Cheney tells ‘America’s Newsroom’ that the House GOP conference has much to unite on after she cast her impeachment vote against President Trump.

In a new interview with Greta Van Susteren set to air Sunday, McCarthy said Cheney, the No. 3 House Republican, did not give him a heads up about her vote to impeach Trump.

“Look, I support her, but I also have concerns,” McCarthy told Gray Television’s “Full Court Press with Greta Van Susteren.”  “She took a position as a No. 3 member in conference, she never told me ahead of time.”

Cheney was one of 10 Republicans to vote to impeach Trump for “incitement of insurrection” for his role in inciting the Capitol riot on Jan. 6. But Cheney’s rebuke of Trump was most poignant because of her leadership position. She has since drawn a primary challenger in Wyoming. 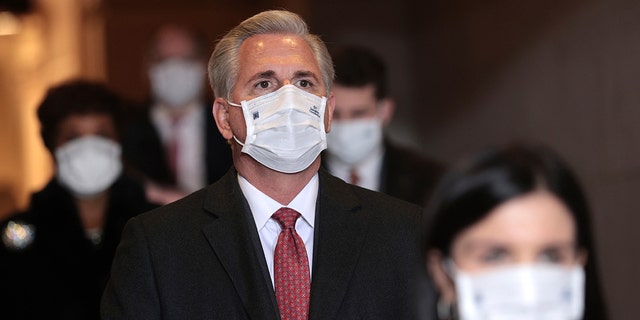 “We know that this is going to become a difficulty,” McCarthy said of Cheney’s decision. “She can have a difference of opinion, but the one thing if we’re going to lead within the conference, we should work together on that as a whole conference because we’re representative of that conference. So I support her, but I do think she has a lot of questions she has to answer to the conference.”

Cheney took a decisive stance after the Jan. 6 riot that left five people dead including a Capitol police officer that the attack could not have happened without Trump. She has resisted any calls to step down and called impeachment a vote of conscience.

“The president of the United States summoned this mob, assembled the mob, and lit the flame of this attack,” Cheney said in explaining her vote at the time. “Everything that followed was his doing.”

McCarthy took a different approach. On the day of the impeachment vote, McCarthy made a floor speech that he’d support the censure of the president.

“The President bears responsibility for Wednesday’s attack on Congress by mob rioters,” McCarthy said. “He should have immediately denounced the mob when he saw what was unfolding. These facts require immediate action by President Trump.”

FILE: Rep. Liz Cheney, R-Wyo., was one of 10 Republicans to vote for President Trump’s second impeachment. (Photo by: William B. Plowman/NBC/NBC NewsWire via Getty Images)

At a press conference Thursday, however, McCarthy seemed to make a distinction when asked if Trump provoked the attack, just as GOP Leader Mitch McConnell, R-Ky., said.

“I don’t believe he provoked it if you listen to what he said at the rally,” McCarthy said at a news conference.

During the interview with Van Susteren, she asked why McCarthy changed his stance on Trump bearing responsibility. McCarthy denied any flip flop.

“No, I have not changed in that,” McCarthy said.

McCarthy’s comments on “everybody” bearing some responsibility for the riot were quickly called out on social media, including by Rep. Adam Schiff, D-Calif., who said: “McCarthy has no principle, save ambition.”

McCarthy went on to talk about lowering the temperature of political discourse in the country overall and calling out the left’s resistance movement against Trump.

“[A] whole nation, we should take this moment in time to find how we can correct ourselves,” McCarthy said. “But President Trump said ‘peacefully.’ What I said on the floor was that President Trump could have responded faster when the riots first started. I thought his video, the second video, was a very good video. I wish that was the first one.”

McCarthy said he was also blindsided by Rep. Marjorie Taylor Greene, R-Ga., filing articles of impeachment against Biden during his first days in office. He said he disagrees with her decision.

“She said to the public before she told me,” McCarthy said of the new freshman congresswoman. 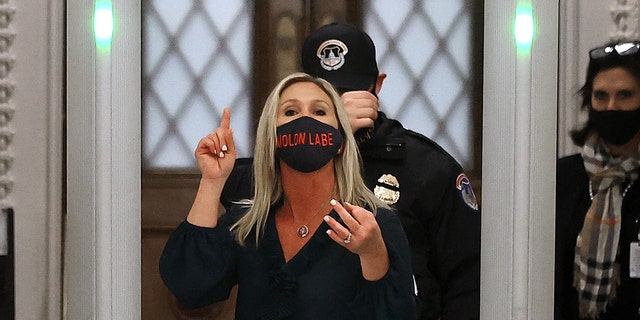 WASHINGTON, DC – JANUARY 12: Rep. Marjorie Taylor Greene (R-GA) yells at journalists after setting off the metal detector outside the doors to the House of Representatives Chamber on January 12, 2021 in Washington, DC. Today the House of Representatives plans to vote on Rep. Jamie Raskin’s (D-MD) resolution calling on Vice President Mike Pence to invoke the 25th Amendment, removing President Trump from office. On Wednesday, House Democrats plan on voting on articles of impeachment. (Photo by Chip Somodevilla/Getty Images)

“I think it’s best, especially with what we have gone through with the Democrats, let’s not stoop to their level,” McCarthy said. “Let’s believe in the rule of law. And if President Biden does something that rises to the occasion on the level of impeachment, that’s when we do offer articles of impeachment.”