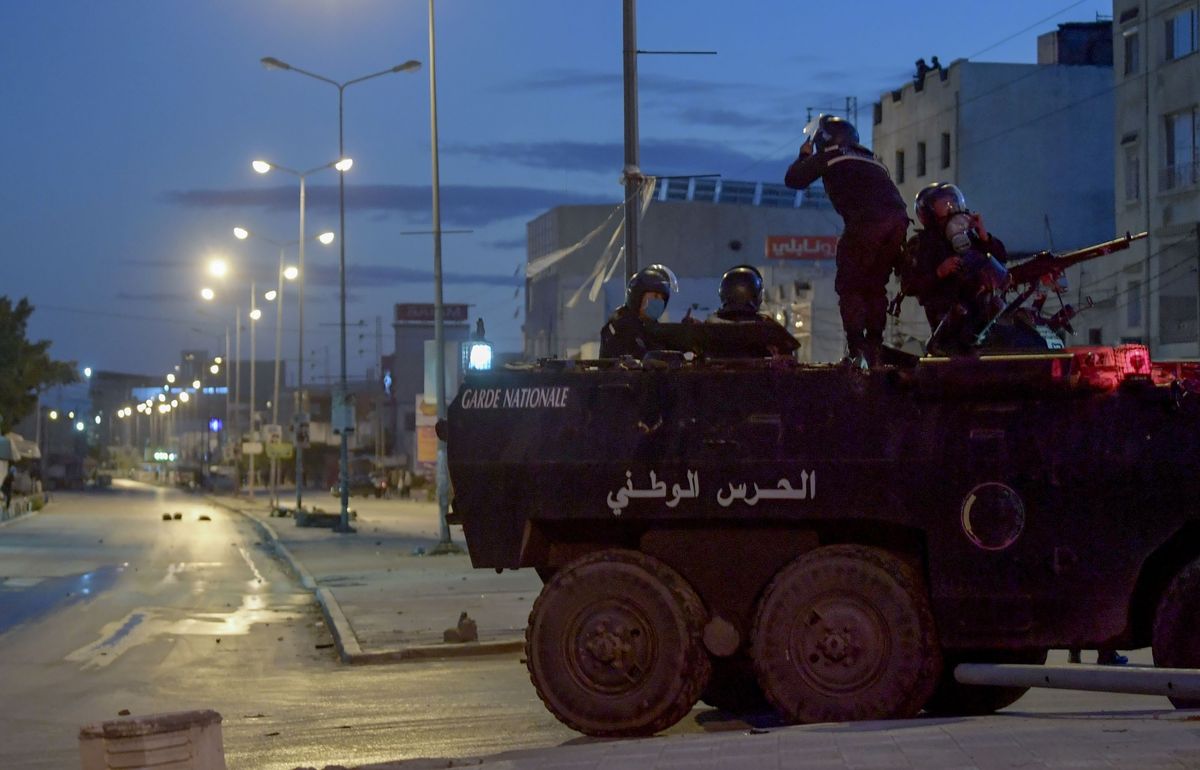 The International Monetary Fund urged Tunisian authorities to focus more on promoting growth and curbing poverty, as the North African nation grapples with a wave of protests over mounting hardship.

The coronvirus pandemic has exacerbated problems such as unemployment that successive governments since the 2011 uprising have failed to redress. The deepening poverty has touched off more than a week of new protests, with hundreds arrested nationwide and authorities presenting no plans to turn things around.

Tunisia’s Protests Rage On as Premier Warns Against Violence

A troubling economic balance sheet — including a 2020 budget deficit equal to 11.4% of gross domestic product — underscores the risks to a country that has seen little but political infighting since the ouster of President Zine El Abidine Ben Ali a decade ago.

Tunisia “currently faces dual challenges of saving lives and livelihoods until the pandemic wanes, while trying to bring fiscal and external imbalances back to a sustainable trajectory,” the Washington-based fund said in a statement Saturday after the conclusion of its Article IV consultation for 2020.

The deficit has ballooned because of lower revenue, a higher wage bill and additional transfers to state-owned enterprises, many of them saddled with debt yet benefiting from government guarantees, the IMF said.

While the 2021 budget aims to cut the budget deficit to 6.6% of GDP, the IMF warned the figure could come in at 9% without serious spending cuts and a refocus on promoting growth.

“It is essential to strictly prioritize spending on health and social protection, while exerting control over the wage bill, ill-targeted energy subsidies and transfers to state-owned enterprises,” it said.

The fund also urged the central bank not to buy local debt again, as the government has asked it to do.

Further monetary financing of the government “could reverse the gains achieved in terms of lowering inflation” and also weaken the exchange rate and international reserves, the IMF said.