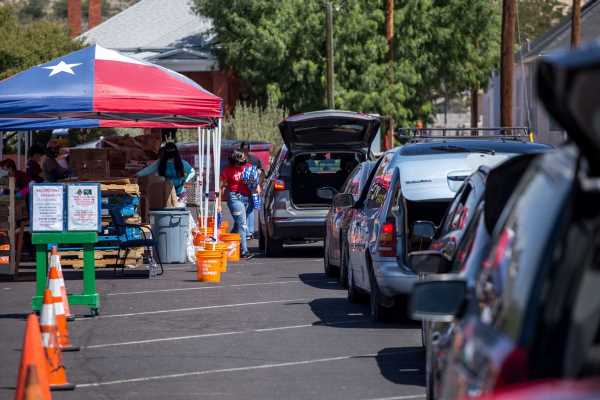 As a second round of government stimulus checks starts to reach Americans, that’s the hard reality for many recipients, according to a new Bankrate.com survey. More than half of the people surveyed — 53% — who’d received a check or were expecting one don’t anticipate it being enough to cover their financial needs for even a month. About 18% said they didn’t expect the money to have any impact on their financial well-being.

“Many people are close to the financial edge, and that need won’t be satisfied by just one payment, whether its $600, $1,200 or $2,000,” said Greg McBride, Bankrate.com’s chief financial analyst.

President-elect Joe Biden last week unveiled a $1.9 trillion relief plan, under which more than 150 million Americans would likely be eligible for a $1,400 direct payment, on top of the $600 payments approved in December. But the proposal still needs to be passed by Congress.

While it may not be enough, 44% of those who got a check or anticipate getting one say the money is “very important” in the near-term, and 27% say it’s somewhat important. More women than men said the money was very important — 50% versus 39%.

Just 6% of all respondents in the survey, conducted by YouGov on behalf of Bankrate.com, said they would invest at least some of the amount. Men were three times more likely than women to say they’d invest some of the money, at 9%. Millennials (7%) and Get X-ers (6%) were more likely than Boomers (2%) to say some of the money would wind up in the market. The total survey sample size was 1,203 adults, including 838 who have received or anticipate getting a stimulus check.

Many people will use the checks to cover basic needs. Some 42% will put it towards monthly bills and 32% will use it for day-to-day essentials. A quarter of respondents said the funds will help pay down debt, and 30% will save at least some of it. Only 8% said some of the money would go toward non-essentials like a vacation, or buying tickets for concerts and sporting events later in 2021. Millennials were most likely to say some of the money would go to discretionary spending, at 16%.

Most mainstream financial advisers would say that those who can use stimulus money to build up savings should do so. An earlier Bankrate.com survey found that only 39% of people canvassed could comfortably cover a surprise $1,000 expense out of their savings.