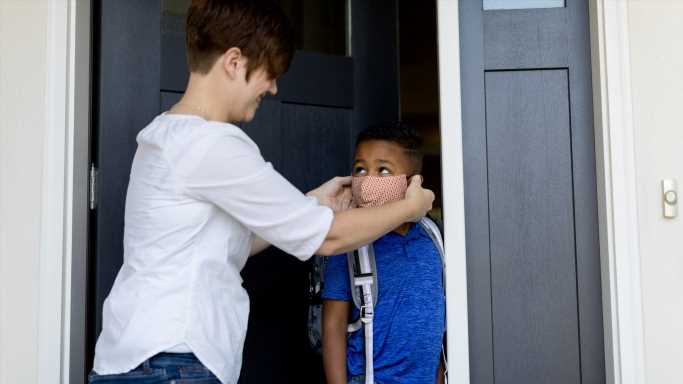 New daily confirmed COVID-19 cases in America have risen sharply in the past few weeks, taking counts to record levels. For several days in the past month, new confirmed cases have risen above 250,000 a day. Yesterday, according to the Microsoft Bing COVID-19 Tracker, cases rose by 283,322 to 22,049,452.

The next three months will be worse. Fatal case rates are as bad as when the nation was hardest hit by this measure from early April to mid-May, when the counts rose above 2,000 nationwide on some days. The number of coronavirus fatalities has begun to hit or exceeded 3,000 a day recently. Total fatal cases in the United States now total 371,465, after a one-day gain of 3,803.

Another key marker of the spread of the disease is hospitalizations, which have moved above 125,000 nationwide, a record. Intensive care units in some cities have reached full capacity

The Institute for Health Metrics and Evaluation at the University of Washington’s School of Medicine, which has a well-followed model for the rise in COVID-19 cases and deaths, forecasts U.S. fatal cases will reach over 567,000 by April 1, if social distancing and mask wearing do not improve. If states loosen restrictions, that number may go as high as 729,000 by the same date.

Rates of both confirmed and fatal cases are highly uneven across the nation. The county with the worst rate of fatal cases per 1,000 people is Jerauld County, South Dakota. It has a five-year average population of 2,029. Deaths per 1,000 stand at 7.39, many multiples of the national average.

Jerauld County is in the center of the state. It has been steadily losing population since 1930, according to information from the U.S. Census. Over 98% of the population is white. Almost 20% of the population lives below the poverty line, which is well above the national average.

According to The New York Times, South Dakota recently topped all states based on COVID-19 deaths per 100,000 people. However, its place among states based on that measure has dropped behind several others, including New Mexico, Kansas, Rhode Island and Pennsylvania

The next county is Gregory, South Dakota, with 6.19 deaths per 1,000 people on January 3. It has a five-year average population of 4,201. It is in the southern part of the state, west of the Missouri River.

Hamlin County, South Dakota, is fourth on the list with 6.0 deaths per 1,000 people. Its five-year population average is 6,000.

Another measure of how hard a county has been hit is confirmed cases per 1,000. On January 3, this figure was highest in Crowley, Colorado, where the number was 296.09. Its average five-year population is 5,630.

In second place was Trousdale, Tennessee, where the number was 230.02. The county has a five-year average population of 9,573.

Lincoln, Arkansas followed at 210.08 confirmed cases per 1,000. Its five-year population figure is 13,695. An outbreak at a prison accounted for many of these.

Most of these counties are in the hard-hit areas of the upper Midwest, based on the lists of confirmed death rates and confirmed case rates. Without exception, they are in rural areas.

COVID-19: These Are The 5 Most Dangerous Counties In Your State