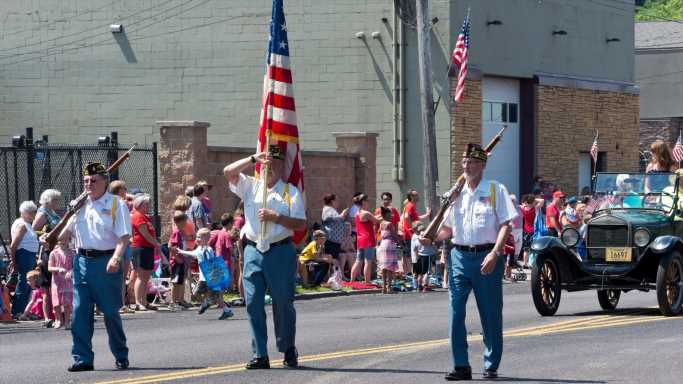 Deciding on the right city to live in will always require some compromise. A city like New York recently had a booming job market, but it is also one of the most expensive places in the country. Alternatively, while a dollar may go a long way in Houston, residents of the south Texas city are also nearly three times more likely to be a victim of a violent crime than the typical American.

While there is no such thing as the perfect city, the United States is full of places with few, if any, strengths. Poor socioeconomic conditions tell a similar story of urban blight in dozens of cities across the country. 24/7 Wall St. created an index of over two dozen measures to identify the worst cities to live in. These cities tend to have high crime rates, widespread poverty, weak job markets and little in the way of entertainment options or cultural attractions.

Conditions like these tend to be more common in areas with lower educational attainment. In every city that was a finalist for this list, the share of adults with a four-year college degree falls short of the 30.9% national bachelor’s degree attainment rate. In 19 of the cities that were finalists, fewer than one in every 10 adults have a bachelor’s degree.

Though the finalist cities span every region of the country, they are overwhelmingly concentrated in the South and the West. Only a dozen of the 50 finalist cities are in the Midwest or Northeast.

This is the worst city to live in America:

For both individuals and broad populations, incomes tend to rise with educational attainment. In Mendota, California, just 1.8% of adults have a bachelor’s degree, the smallest share of any U.S. city. The city also has one of the poorest populations in the country. Half of all households earn less than $27,500 a year, and 49.5% of the population lives below the poverty line.

The widespread financial insecurity is partially attributable to a lack of jobs. The Census Bureau estimates that an average of 15.4% of the city’s labor force were unemployed in the past five years, the highest unemployment rate of any U.S. city and more than triple the comparable 4.1% national rate.

ALSO READ: How Each State Got Its Name