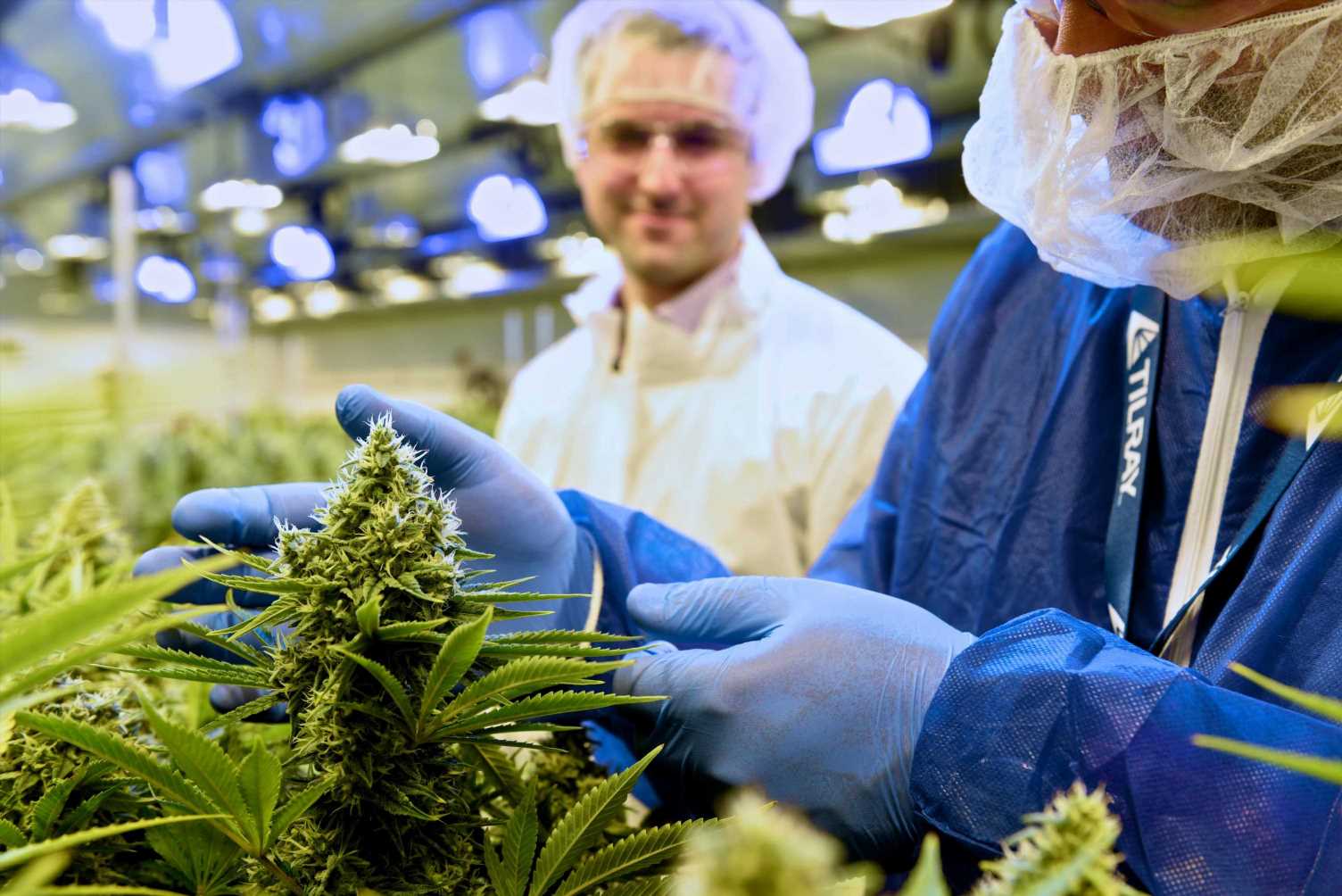 Take a look at some of the biggest movers in the premarket:

Tilray (TLRY), Aphria (APHA) – The Canadian cannabis companies will combine in an all-stock deal that will create the world's biggest cannabis producer. Aphria shareholders will hold 62% of the combined company, with the company paying a 23% premium over Tilray's Tuesday closing price. Tilray shares surged 30%, while Aphria shares jumped more than 8% in the premarket.

Penumbra (PEN) – The medical device maker recalled a certain type of catheter used during heart surgery, due to potential issues that could cause injury or death. The company's shares slid more than 9% in premarket trading.

United Airlines (UAL), JetBlue (JBLU), Spirit Airlines (SAVE) – JPMorgan downgraded the airline stocks two notches to "underweight" from "overweight," based on an opportunity to take profits and disappointing demand trends. Shares of the airline companies were off more than 1% in premarket trading.

Comcast (CMSA) – Morgan Stanley called the NBCUniversal and CNBC parent a "top pick", noting its strength in broadband and its potential to benefit from the so-called "reopening trade" when theme parks and movies recover. Comcast shares rose 1.2% in the premarket.

Amazon.com (AMZN) – Amazon called for a U.S. judge to throw out the awarding of the Pentagon's $10 billion JEDI cloud computing contract to Microsoft (MSFT), saying it was a "flawed and politically corrupted decision". That call came in a redacted October court filing unsealed Tuesday.

Novartis (NVS) – Novartis received a Food and Drug Administration panel endorsement to expand use of its heart failure drug Entresto, currently approved for patients whose heart muscles do not contract effectively. Novartis shares were up 1% in the premarket.

Gilead Sciences (GILD) – Gilead said it would not pursue FDA approval for its experimental rheumatoid arthritis drug filgotinib, after meeting with government officials. The FDA declined to approve the drug earlier this year, after weighing benefits versus its risk profile.

Pfizer (PFE) – Pfizer and the White House are in talks regarding additional doses of the Pfizer Covid-19 vaccine for 2021, according to people familiar with the situation who spoke to The New York Times. The paper said the White House is trying to use its power to order Pfizer suppliers to prioritize Pfizer's requests for raw materials.

Alphabet (GOOGL) – Alphabet's Google unit could be hit with a new antitrust suit from a coalition of states as soon as today, according to a Politico report. The suit will focus on Google's search engine dominance.

Dish Network (DISH) – The satellite TV company is planning to offer $2 billion in convertible notes, with the proceeds used for general corporate purposes including 5G network buildout costs. Dish shares were down nearly 4% in premarket trading.

Moderna (MRNA) – Moderna was downgraded to "hold" from "buy" at Jefferies, which cited the significant runup in the drugmaker's stock as well as high expectations surrounding its Covid-19 vaccine. However, Jefferies did raise its price target on the stock to $150 per share from $90 a share. The company's shares were down 2.8% in the premarket.

Twitter (TWTR) – Twitter was upgraded to "overweight" from "neutral" at JPMorgan, which points to potential benefits from increased online advertising. The company's shares were up 3.6% in premarket trading.