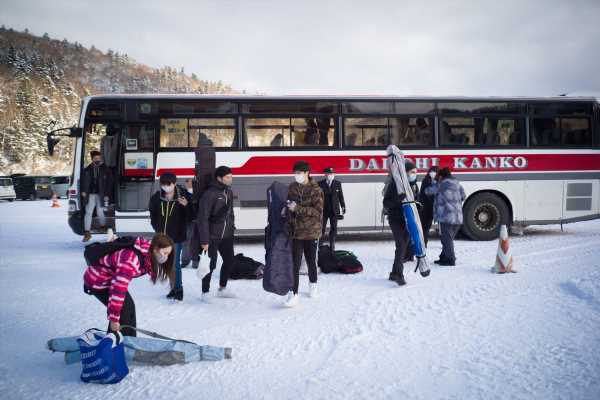 Japan may halt its national travel subsidy campaign in the cities of Tokyo and Nagoya because of rising coronavirus cases in the cities, local media reported on Sunday.

The government plans to hold discussions with governors of regions experiencing increases in the number of infections on whether to suspend some cities from the “Go To” travel program, Economy Minister Yasutoshi Nishimura told NHK on Sunday.

“We’ve been discussing the issue and measures with governors of cities with areas designated stage three,” said Nishimura, who’s in charge of coronavirus policy. He said he’s planning to have talks with them, including Tokyo Governor Yuriko Koike, on Sunday afternoon.

The country’s campaign, which aims to boost the economy by discounting travel, has come under fire because of concerns it may be linked to a surge in Covid-19 infections. The health ministry reported that Japan had more than 3,000 new coronavirus cases on Saturday, which local media said was a record.

Asked whether he was considering a suspension of the travel subsidy campaign nationwide, the minister said he doesn’t think there are risks in regions where infections haven’t risen, such as Shimane Prefecture and Tottori Prefecture.

An expert panel that advises the government on Friday called for a temporary halt to the campaign in areas where the outbreak is most severe.

The government is considering suspending Tokyo and Nagoya from the program until Dec. 25 as the number of coronavirus cases rises in those cities, FNN reported on Sunday, without saying where it got the information.

Travel to the cities of Osaka and Sapporo has already been suspended until Dec. 15 and this may be extended, the report said.

Tokyo has already asked people aged 65 and older and those with underlying health conditions to refrain from making trips to or from the capital using the travel subsidy campaign until Dec. 17.