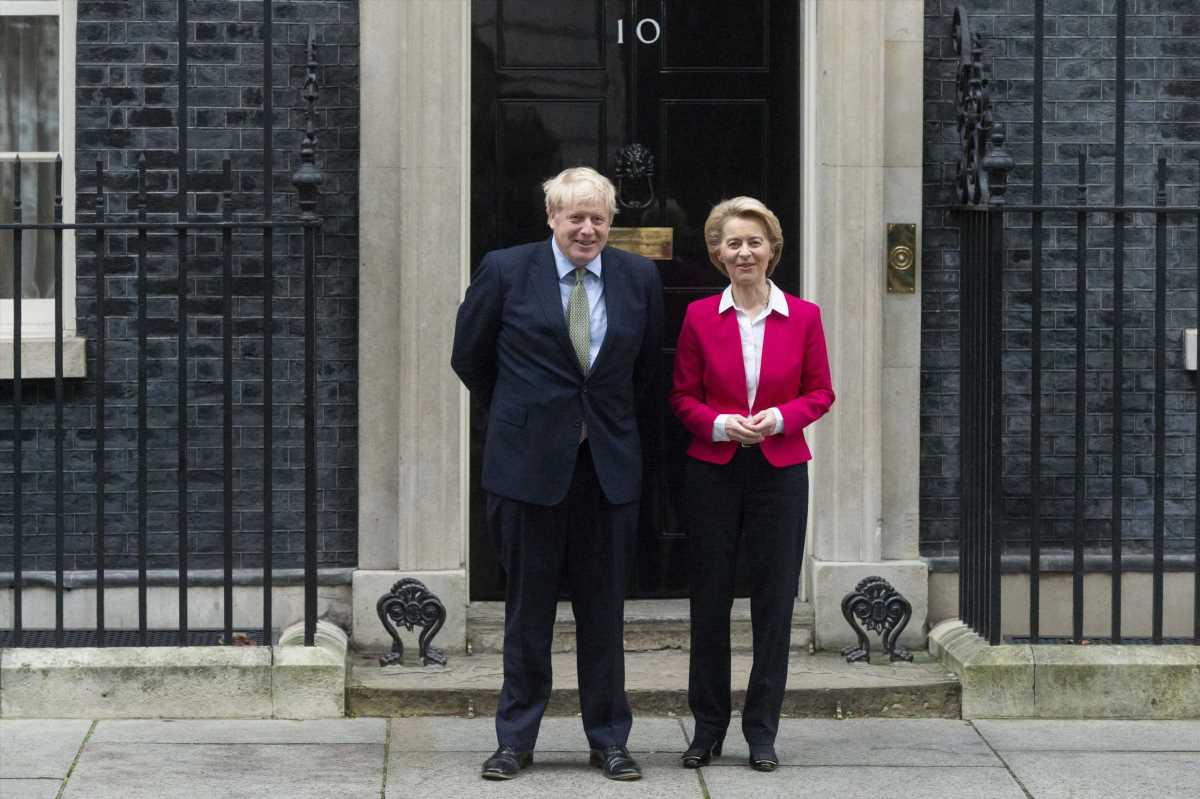 British and EU negotiators paused trade talks on Friday to call in their leaders to try to narrow gaps and get an agreement over the line, less than four weeks before Britain completes its Brexit journey out of the bloc.

After failing to agree the basis for a deal, Britain's David Frost and the EU's Michel Barnier said they would brief leaders to seek new impetus for the talks, which stumbled on Thursday when London accused Brussels of making new demands.

On Saturday, Prime Minister Boris Johnson and European Commission President Ursula von der Leyen will speak to try to break the impasse, which sources said was centred on French demands over fishing rights in British waters.

It is the latest twist in what has been months of negotiations which have barely moved on the three thorniest issues – fisheries, ensuring fair competition guarantees and ways to solve future disputes.

But so far neither side has walked away from the talks, suggesting that both still hold out some hope of securing a deal governing almost $1 trillion of annual trade to avoid a disorderly end to more than 40 years of British membership of the European club.

"After one week of intense negotiations in London, the two chief negotiators agreed today that the conditions for an agreement are not met, due to significant divergences on level playing field, governance and fisheries," they said in a statement.

"On this basis, they agreed to pause in order to brief their principals on the state of play of the negotiations. (European Commission) President (Ursula) von der Leyen and Prime Minister (Boris) Johnson will discuss the state of play tomorrow afternoon."

Sterling sank by as much as half a cent against the U.S. dollar, weakening to $1.3425 from $1.3475 before the negotiators' statement. The pound was also lower against the euro.

Earlier on Friday, there were contradictory reports of how far the talks had progressed, with some EU officials saying they were on the brink of agreement while British officials said the negotiations had reached a "very difficult" point.

Ultimately it will be for the politicians to decide whether they want to shift the negotiating positions and compromise to find grounds for a deal, or instead, to walk away.

The EU has challenged Britain to decide what future it wants for itself outside the bloc's single market and customs union.

Britain formally left the EU on Jan. 31 but has been in a transition period since then under which rules on trade, travel and business remain unchanged.

If the two sides fail to reach a deal, the five-year Brexit divorce will end messily just as Europe grapples with the vast economic cost of the Covid-19 outbreak.

A no-deal exit is the nightmare scenario for businesses and investors, who say it would snarl borders, spook financial markets and sow chaos through supply chains that stretch across Europe and beyond.

The talks soured on Thursday when a British government source said the EU had disrupted talks by trying to force further concessions and France, which fears losing many of its rights to fish in British waters, warned it might rebel. The EU denied making new demands.

French European Affairs Minister Clement Beaune told Europe 1 Radio there was still a risk that talks would fail but added: "I want to tell our fishermen, our producers, the citizens who are listening that we will not accept a deal with bad terms.

"If a good agreement cannot be reached, we will oppose it. Each country has a veto right, so it is possible… We will do our own evaluation of this draft deal, if there is one."