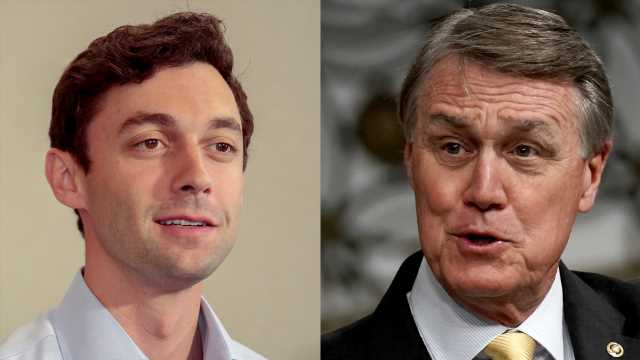 Georgia voters on Jan. 5 will choose whether to send Republican Sen. David Perdue back to Congress or replace him with his Democrat challenger Jon Ossoff, and when they do, health care is likely to be one of the top issues on their minds.

According to the Fox News voter analysis, health care was the third-most important issue to Americans in the Nov. 3 election, behind only the economy and the coronavirus pandemic. The debate over health care has raged in Congress for years, particularly since former President Barack Obama began pushing for what eventually became the Affordable Care Act (ACA), which Republicans have been trying to repeal ever since.

The issue gained newfound salience in 2020, with the coronavirus making many Americans acutely aware of their resources on health care.

What Perdue and Ossoff both agree on, based on repeated statements from each, is that Americans who have pre-existing conditions should not face barriers to securing insurance.

Democrat Jon Ossoff (left) and Sen. David Perdue, R-Ga., are in one of the two critical U.S. Senate runoffs in Georgia set for Jan. 5.

"I believe in protections for Americans with pre-existing conditions, and I authored the PROTECT Act to do just that," Perdue says on his campaign website.

"For those with private insurance, I’ll vote to strengthen the Affordable Care Act’s protections for Americans with pre-existing conditions, women, and young people," Ossoff says on his.

But the candidates largely differ on other health-care related policies. Here's where Ossoff and Perdue stand on the matter.

The biggest point of contention on health care in the Georgia election, as was the case in the general election, is whether or not to repeal the ACA. Perdue has voted to do so multiple times, which – despite the fact Perdue has often committed to protecting those with pre-existing conditions – Ossoff has used to hammer him, saying he intends to remove the protections for pre-existing conditions in the ACA. 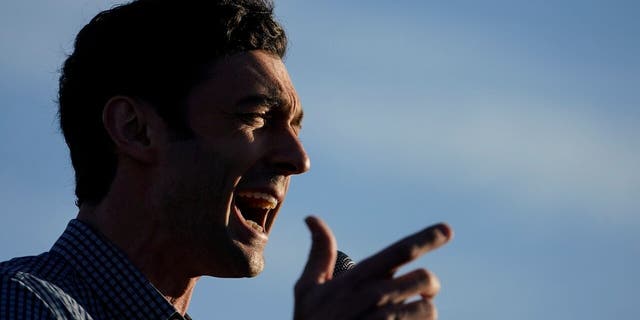 Georgia Democratic candidate for U.S. Senate Jon Ossoff speaks during a rally on Sunday, Nov. 15, 2020, in Marietta, Ga. Ossoff and Republican candidate for Senate Sen. David Perdue are in a runoff election for the Senate seat. (AP Photo/Brynn Anderson)

GEORGIA RUNOFF ELECTION: WHEN IS IT AND HOW WILL IT WORK?

"Sen. Perdue wants to rip away our health care during a pandemic and gut protections for Georgians with pre-existing conditions," Ossoff said in late October. "These are the facts."

If the ACA were to be repealed in full without other legislation protecting those with pre-existing conditions, which has not yet passed, those protections would indeed go away.

Besides that, Ossoff aligns with President-elect Joe Biden on health care, supporting making a government-run public health care option available in addition to private insurance in the ACA.

"The public plan’s premiums will be affordable for all and there will be no deductibles for necessary care," Ossoff says on his website. "Its coverage will be comprehensive — including preventative care, prescription drugs, dental, vision, hearing, mental health, and neonatal and postnatal care. Medicaid expansion and auto-enrollment of the uninsured will ensure all Americans are covered regardless of wealth."

Ossoff has welcomed the backing of Sen. Bernie Sanders, I-Vt., who during the Democratic presidential primary clashed with Biden over whether private health insurance should be banned. Biden said it shouldn't, Sanders said it should as part of his Medicare-for-all plan.

But Ossoff's website still says that he is against banning private insurance.

"Your insurance will be your choice," it says. "Americans will be free to maintain exclusively private health insurance or to purchase supplemental private insurance on top of the public plan if they so choose."

Ossoff also declares that he will "[c]rack down on price gouging by drug companies" and aim to make more generic drugs available. He would also allow Americans to buy prescription drugs from Canada, which he says are the "same and more affordable."

The Democrat also emphasizes in his health care plan more funding for rural health care; strong support for abortion which will guide his votes on confirming federal judges; and a plan to expand the U.S. Public Health Service "to recruit, train, and deploy nurses and doctors into hard-hit and underserved communities in Georgia and nationwide." 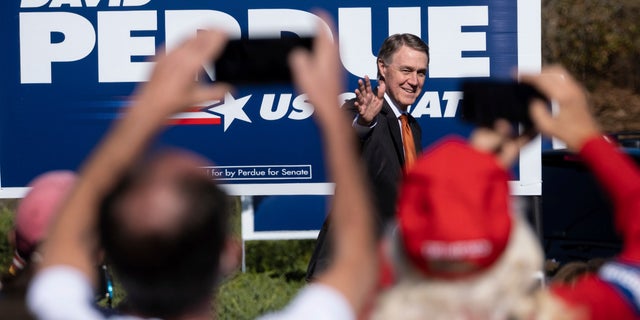 The Georgia Senator was one of several Republicans to sponsor the Protect Act in 2019, which would codify health insurance protections for those with pre-existing conditions in a law outside of the ACA.

"Obamacare is running off the rails, and we have to do something to make sure people with pre-existing conditions are protected no matter what," Perdue said in a statement at the time.

"Senator Perdue always has and will support protecting healthcare for those with pre-existing conditions, period," Perdue spokesman John Burke said in a statement to Fox News on Friday. "Jon Ossoff is pushing a socialized healthcare plan that would increase medical costs, leave us with fewer doctors, and close hospitals during an unprecedented global pandemic. It is the height of hypocrisy for Ossoff to criticize Senator Perdue, who has secured billions of dollars in COVID-19 healthcare assistance for Georgians while he spent months opposing the Senator's efforts to do so."

Perdue has also slammed Ossoff over the fact he's welcomed support from Sanders, alluding that Ossoff may be disingenuous when he says he would not vote to ban private health insurance.

".@BernieSanders' government takeover of health care is the most radical plan in history. Jon @ossoff praises it," Perdue said in a tweet, referencing an interview in which the Democrat lauded Sanders' "advocacy" on health care. "Make no mistake: access to private and employer-provided health care is at risk for millions of Americans in this election."

The incumbent has said he will not go to a debate hosted by the Atlanta Press Club this weekend. But the organization will still host a forum with Ossoff where he will be quizzed by Atlanta-area reporters.

Perdue on his website also touts his work to lower drug prices and increase drug price transparency. Perdue also touts his vote for the CARES Act, which passed overwhelmingly in the Senate earlier this year, as helping to get $6 billion to Georgia's medical infrastructure.