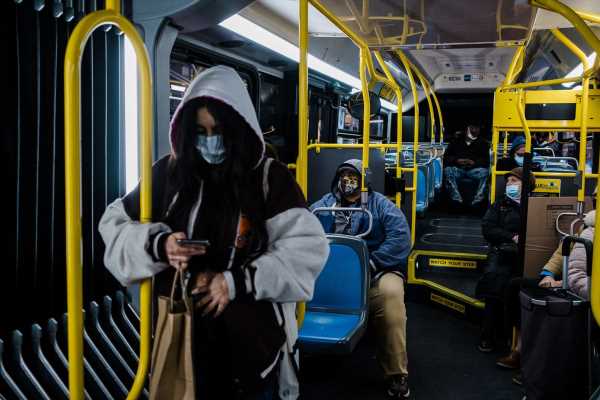 More women than men said they have less power to ask for a pay raise or benefits in light of the pandemic, indicating that the coronavirus has entrenched the gender disparity in wage bargaining, a survey by Moody’s Analytics and Morning Consult showed.

Women of all races and income groups are less likely to bargain for raises than men, according to the institutions’ survey of 5,000 U.S. adults in mid-September. About 15% of women said they were more willing to ask for raises due to the impact of the virus, compared with 20% of men.

The pandemic has hit women’s work prospects particularly hard as they’ve suffered higher job losses than men during the initial wave of the coronavirus and are expected to take longer to return to pre-pandemic employment levels. For women who were able to remain in the labor force, the lack of bargaining power means they’ll be less likely to enjoy wage gains even when labor demand strengthens as the economy recovers.

“One of the foundational pillars of economics is free and fair competition to drive prices, including the cost of labor,” said John Leer, economist at Morning Consult. “It just is not happening.”

Women’s lack of power in wage bargaining contributes to sluggish wage growth and will ultimately “act as a headwind to consumer spending and other measures of financial stability,” Leer said.

Workers who lost income — but either kept their jobs or found new employment during the pandemic — were found to be more reluctant to engage in bargaining. About 31% of those workers said they were less willing to ask for an increase in pay or benefits, compared with 18% of workers who didn’t lose income during the pandemic.

Men, younger workers age 18 to 44 and those with post-graduate degrees were more comfortable about bargaining and had more success in doing so, the survey found. Black essential workers reported higher rates of comfort and success in asking for raises than their White and Hispanic American peers, though researchers could not offer any readily available explanation.