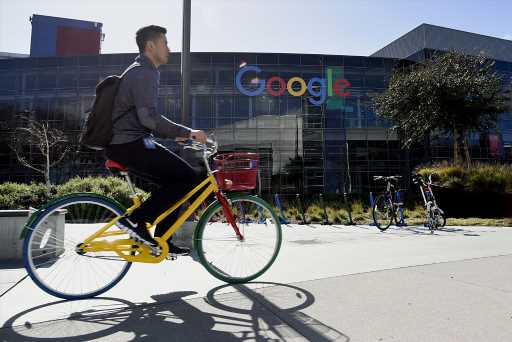 Google has begun holding in-person meetings outdoors on company campuses as it prepares for employees to return to offices next year.

A company spokesperson told CNBC it's begun hosting "onsite off-sites," or socially distanced meetings, on lawns and other areas on its campuses where it's allowed by authorities. It's a way to bring aboard new hires and collaborate on important projects offline amid the pandemic, which has required most employees to work from home, the company said.

"Engineering leaders typically, when they wanted to collaborate and build a product plan for the next year, or come up with a new concept, they used to go offsite to find uninterrupted time," Google Cloud CEO Thomas Kurian said at the Fortune Brainstorm conference this week. "But now, with everyone offsite everyday, how do you bring people in a more physical space?"

Meeting outdoors in person "allows them to have more of a physically intimate team meeting than just doing everything digitally, and we've seen that has helped a lot bring greater cohesion to some of our teams, particularly for newer employees to meet their managers," Kurian said.

Google Cloud is not the only group holding these meetings — it's a company-wide effort, Google said.

Google was the first major tech company to ask employees to stay home when the pandemic started, and is now experimenting with ways to gather people on campuses slowly and safely. It gave workers the option to work from home until summer of 2021. In September, after finding that most employees wanted to return in a part-time capacity, Google CEO Sundar Pichai said the company would try "hybrid" work-from-home models, including rearranging office settings.

Alphabet's CFO Ruth Porat last week said that planning the return to offices has been "substantially more complicated" than it was moving everyone to work from home, but that it was hoping to keep a collaborative spirit.

Google is taking a localized approach to returns, which it did when it initially pulled employees from offices.