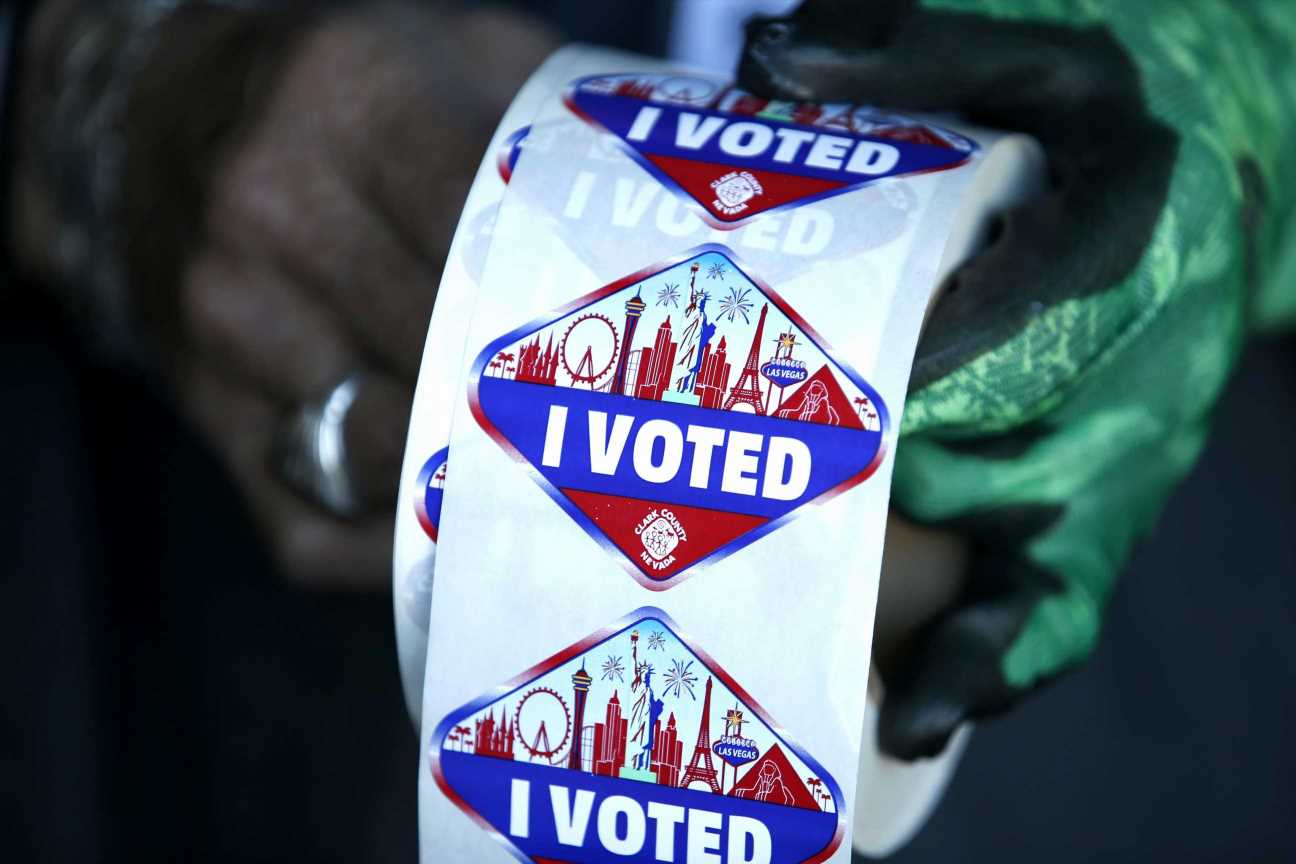 Attorneys for the Trump 2020 Campaign and representatives of Joe Biden’s six Nevada Electoral College delegates inspected a vote-counting location in Carson City on Tuesday in connection with a voter fraud lawsuit filed by the Trump team.

Reactions from the two sides weren't immediately known ahead of a scheduled Thursday hearing.

State Judge James Russell in Carson City had cleared the way for the joint inspection Monday.

The Trump campaign is contesting the results of the Nov. 3 election in the state, which showed Democrat Biden winning with 50.1% percent of the vote compared to Trump’s 47.7%, according to the Fox News Decision Desk.

Data compiled by Fox showed Biden attracting support from more than 703,000 of the state’s voters, with Trump attracting votes from nearly 670,000 – for a difference of fewer than 35,000 votes.

In its challenges in Nevada and other states, the Trump campaign has questioned results from counties containing heavily populated cities with large numbers of registered Democrats – but most of the campaign’s court cases have met with little success so far.

Jesse Binnall, a lawyer heading the Trump challenge in Nevada, has said he intends to prove that fraudulent votes were cast in the state and that Trump — not Biden – was the actual winner there, The Associated Press reported. 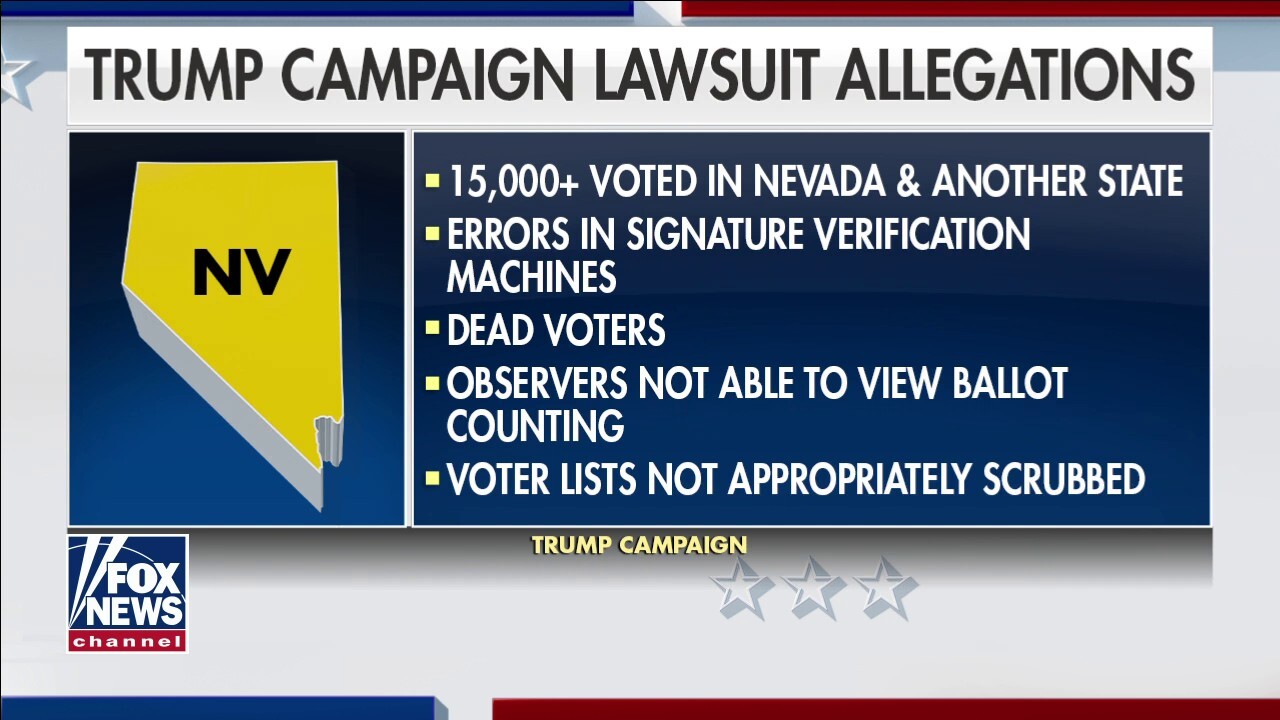 Binnall did not immediately respond to a Fox News request for comment.

President Trump had issued a Twitter message just after midnight Tuesday, spreading word about the judge’s Monday decision to his 88.7 million followers.

“A judge in Nevada has ordered Clark County officials to allow an inspection of the elections equipment and sealed containers used in the 2020 election by 1:00P.M. tomorrow,” Trump had written.

Attorneys representing Registrar of Voters Joe Gloria and the state and national Democratic parties did not oppose the site visit.

Russell’s court order noted that state law allows inspection of testing reports and materials “pertaining to the equipment and programs used” in election.

States face a deadline to resolve election disputes before the presidential Electoral College votes on Dec. 14.

Meanwhile, Nevada Gov. Steve Sisolak on Tuesday issued a statement condemning a Trump tweet in which the president described the state’s election results as “fake.”

“It is unconscionable for him to continue to spread lies and sow distrust at a time when all Americans should be united during this historic public health crisis. Enough is enough,” Sisolak wrote, according to FOX 5 of Las Vegas.

Trump’s remark about Nevada’s election came in a retweet of a Twitter site’s allegation that a photo of hospital beds set up in a Nevada parking lot was a “scam.”

In his statement, Sisolak, a Democrat, defended the work being done in Nevada to combat the coronavirus.

“They aren't liars, as the President implied — they are heroes,” he said of the state’s health care workers.

The Associated Press contributed to this story.