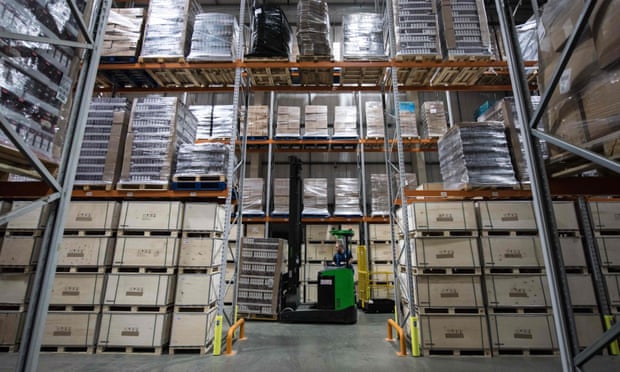 Britain’s manufacturers have enjoyed their best month in almost three years as firms cranked up production in case knife-edge Brexit trade talks with the EU ended in failure.

The latest survey from IHS Markit/Cips found the industry was unaffected by November’s four-week lockdown in England, with output at its highest since December 2017.

While large chunks of consumer-facing sectors of the economy were shut or heavily restricted last month, the latest purchasing managers’ index showed a strengthening of the manufacturing sector as factories stayed open.

The final PMI rose from 53.7 points to 55.6 points in November and was higher than the flash estimate of 55.2 points published last month. It has now been above the 50 level indicating that the sector is growing for six months.

Yet with only a month to go before the UK leaves the EU single market and customs union, the report said many firms were seeking to insure themselves against a no-deal outcome by stockpiling raw materials and bringing forward export orders.

Rob Dobson, a director at IHS Markit, which compiles the survey, said: “Growth of the UK manufacturing sector picked up in November, temporarily boosted by ‘Brexit-buying’ among clients and the ongoing boost from economies reopening following lockdowns earlier in the year.”

Dobson added that the boost to manufacturing had been concentrated among firms supplying other companies and from investment goods. Production of consumer goods had been weak due to low levels of confidence and rising unemployment.

“Whether the upturn of manufacturing production can be sustained into the new year is therefore highly uncertain, especially once the temporary boosts from Brexit purchasing and stockbuilding wane,” Dobson added.

Fhaheen Khan, a senior economist at the manufacturers’ group Make UK, said the survey pointed to a continued, yet subdued expansion of the sector as orders slowly returned following the easing of restrictions.

“It also appears the alarm bells that took hold of manufacturers just before the first EU-exit deadline have returned in some capacity as businesses sought to stockpile. While it may be rational in today’s uncertain environment, it is creating the impression that manufacturing is performing well just before the transition period ends.

“It is clear the uncertainty is felt by both sides as EU manufacturers are also stockpiling to some degree resulting in a short-term boost to business for UK manufacturers too. However, such actions are generally followed by a period of depressed activity as manufacturers begin to service future orders using these very stockpiles.”