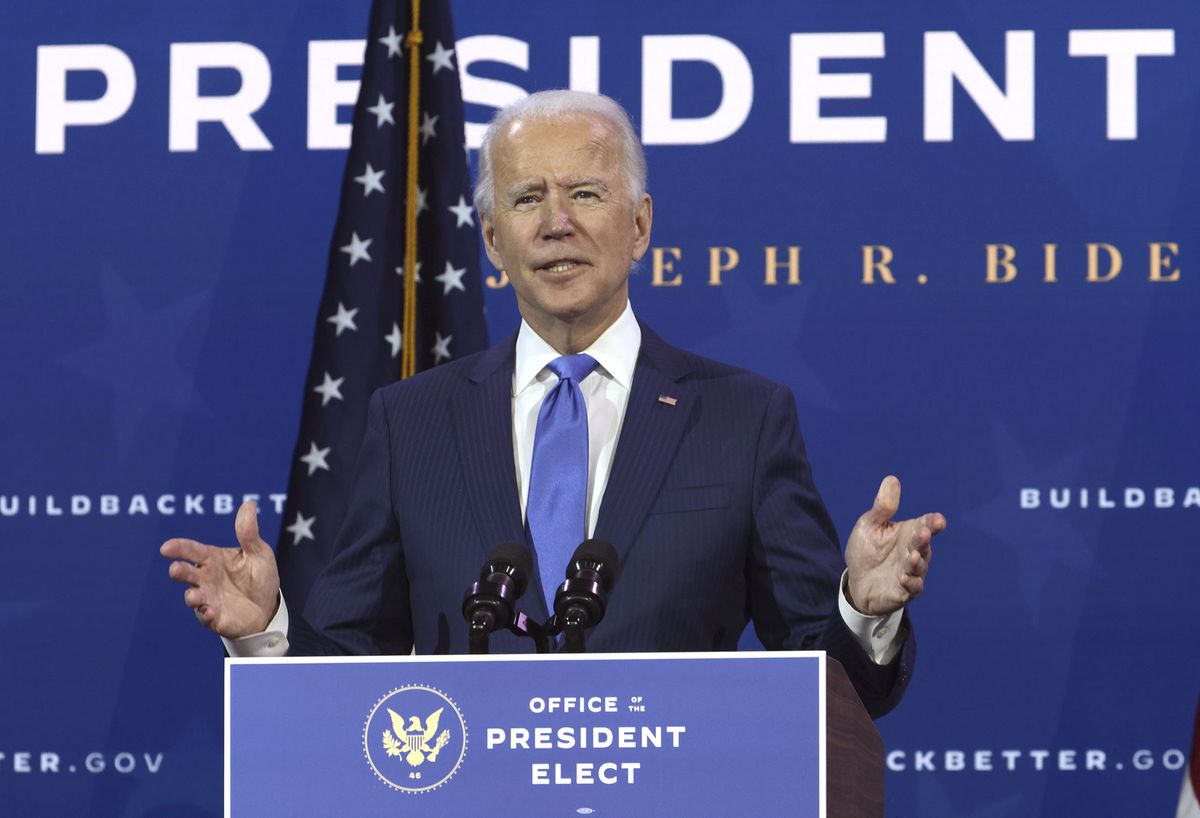 President-elect Joe Biden on Tuesday urged Congress to pass a “robust package” to deal with the economic crisis wrought by the coronavirus pandemic.

Biden spoke in Delaware to introduce his proposed economic team for his incoming administration. His remarks came as a bipartisan group of lawmakers in the House and Senate unveiled a $908 billion stimulus proposal Tuesday in an effort to break a monthslong impasse that’s now threatening to tip the economy back into contraction.

Asked about that plan specifically, Biden said he had “just heard about it.”

“I’ll take a look at it when I get back,” he told reporters after the event Tuesday.

In introducing his team, he said “right now the full Congress should come together and pass a robust package for relief.” He added that any package passed in a lame duck session would likely be “at best just a start.”

Neither Democratic nor Republican leaders have signed onto the latest compromise idea so far. Negotiations on a fresh round of stimulus suffered a series of false starts prior to last month’s presidential election. Previously, Biden supported House Speaker Nancy Pelosi in her push for a $2.4 trillion bill. Senate Majority Leader Mitch McConnell said Tuesday that he was getting GOP feedback on a stimulus proposal that Republicans know President Donald Trump would support.

Biden said his transition team is working on his own proposed legislation for the incoming Congress to address both the economic recovery and the coronavirus pandemic.

“We need to support small businesses and entrepreneurs — who form the backbone of the communities that we live in that are teetering on the edge,” Biden said.

The president-elect also emphasized the need for state and local government relief in order to support first-responders and other essential workers.

“There’s an urgent need to fund states and cities so that the front-line workers on those jobs can stay on the job,” Biden said. “There’s a reason why all the states and localities have to have a balanced budget but we’re allowed federally to run a deficit in order to deal with crises and emergencies.”

Members of Biden’s proposed economic team touted their backgrounds and how they related to working-class Americans. They also repeated Biden’s pledges to use the current crisis as an opportunity to rebuild the economy in a more equitable fashion.