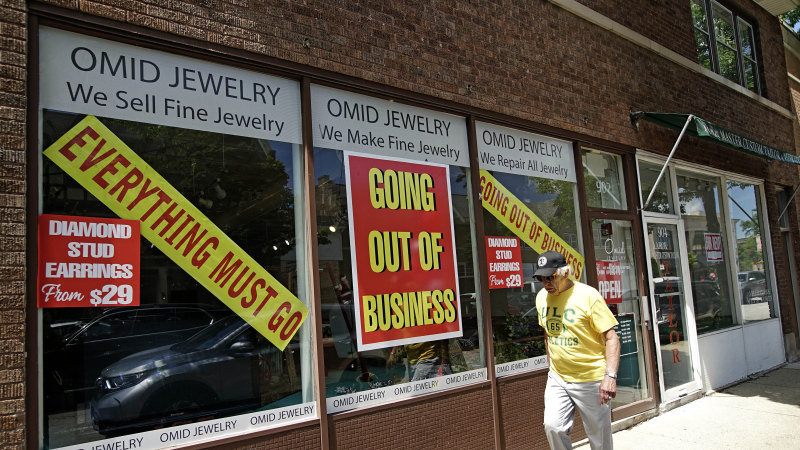 Since January, upward of more than 12,000 retailers in the US have shuttered their doors – a record rate of decline. Yet shares in Macy's and its counterparts are surging in anticipation of the world after COVID-19, thanks to recent vaccine breakthroughs. How can smaller players get wiped out while the larger chains thrive?

The bloodletting that's taking place right now is eerily reminiscent of what happened during the Great Depression. 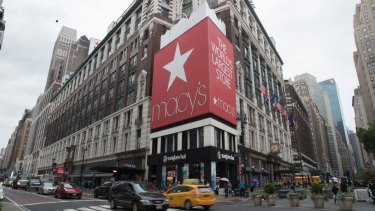 Macy’s shares are roaring higher but smaller retailers are feeling the pain. Credit:AP

In the early 20th century, independent stores dominated retail storefronts in cities and towns across the nation. Most Americans bought everything from books to meats to gardening supplies from businesses owned and operated by folks who lived in the community.

Such stores worked much differently than modern retail. Shoppers would enter the premises and ask a clerk for certain items. The idea of simply browsing the store? Unthinkable.

That changed, though, with the advent of the first chain stores. These included general-merchandise stores like Woolworths, which sold cheap factory-made goods, and the Great Atlantic & Pacific Tea Company, better known as A&P. These and other early chains pioneered new methods of retailing that eventually became the norm.

As historian Marc Levinson has shown, A&P began building stores that were the forerunners of today's supermarkets. A&P sold standardized packaged foods and built stores with predictable layouts; maintained lean inventories; and embraced the benefits that came with economies of scale. A&P bypassed wholesalers, buying directly from manufacturers – and in some cases, purchased food producers to secure further control over the supply chain.

As these chain stores muscled into towns and cities, they began challenging the hold that small-time retailers had enjoyed. By the late 1920s, independents began pushing for special state taxes to slow them down.

And then the Great Depression hit. By one estimate, retail sales fell 50 per cent between 1929 and 1933. But this cataclysm did not hit the retail sector equally.

A 1946 study mined census surveys and an obscure report from Commerce Department to create a data set on retailing during this critical period. In order to determine which variables were most predictive of a retailer's survival during the Great Depression, the researchers ran a series of regression analyses.

If past patterns hold, some well-established but sophisticated national chains that put a premium on human capital are going to come out on top. The rest will be lucky to survive.

They found that older retail establishments – ones that had already weathered previous, if smaller, storms – tended to survive the early 1930s at higher rates than newer establishments. Veteran establishments, after all, have a longer track record of success and more experience navigating challenges. These reputational assets allow them easier access to the kind of credit necessary to weather a severe crisis. (This dynamic also resurfaced in the Great Recession that followed 2008.)

At the same time, though, a particular kind of well-established retailer was more likely than others to survive the Great Depression: chain stores. Several studies have confirmed this outcome. For example, an in-depth examination of grocery stores in Washington, DC, between 1929 and 1935 found that A&P and its peers had better chances of survival than independents – a remarkable outcome, given that many New Deal policies favored small-time retailers.

Like older firms, chain stores enjoy economies of scale and purchasing power. They likewise had access to lines of credit that ordinary mom-and-pop businesses did not.

There was another important factor. By one measure, stores with higher levels of labour productivity had a better shot at survival. But this wasn't just a matter of working employees harder. The 1946 study also found that retailers paying higher wages had greater odds of making it than those that cut labor costs.

This is puzzling at first glance. In the struggle for survival that took hold of retailing in the 1930s, slashing wages was the easiest way to hold down costs. Many grocers opted for that strategy – and went under. 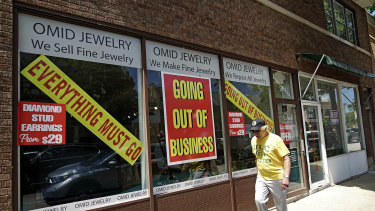 Smaller retailers are struggling to recover from the pain inflicted by the pandemic.Credit:AP

By contrast, the most sophisticated chain stores – A&P in particular – did not, holding wages steady even though it temporarily hurt their bottom line. Those better-paid, experienced employees likely had more incentive and ability to help the company weather the storm.

Fast forward 90 years, and past A&P's bankruptcy filing in 2015. Thanks to COVID-19, we're subjecting the nation's retailers to another extreme stress test with similar results. Independents, not large, well-capitalized chain stores, are taking a huge hit. And the firms accelerating changes in retail – Amazon, Target, Walmart – are strengthening while many smaller establishments go to the wall.

At the same time, though, the established national retailers that have done the best in these trying times are the ones that, like A&P, have a reputation for logistics and high investments in human capital. Target, which raised its starting minimum wage this summer, has seen record sales. So, too, has Costco, another massive retailer with a reputation for prioritizing employees.

While it's too soon to know whether these trends will hold, there's a good chance that the pandemic may unleash a wave of creative destruction on retail the likes of which has not been seen since the 1930s. That may be overdue given the surfeit of retail space in this country. But this destruction won't be indiscriminate. If past patterns hold, some well-established but sophisticated national chains that put a premium on human capital are going to come out on top. The rest will be lucky to survive.

Stephen Mihm, an associate professor of history at the University of Georgia, is a contributor to Bloomberg Opinion.