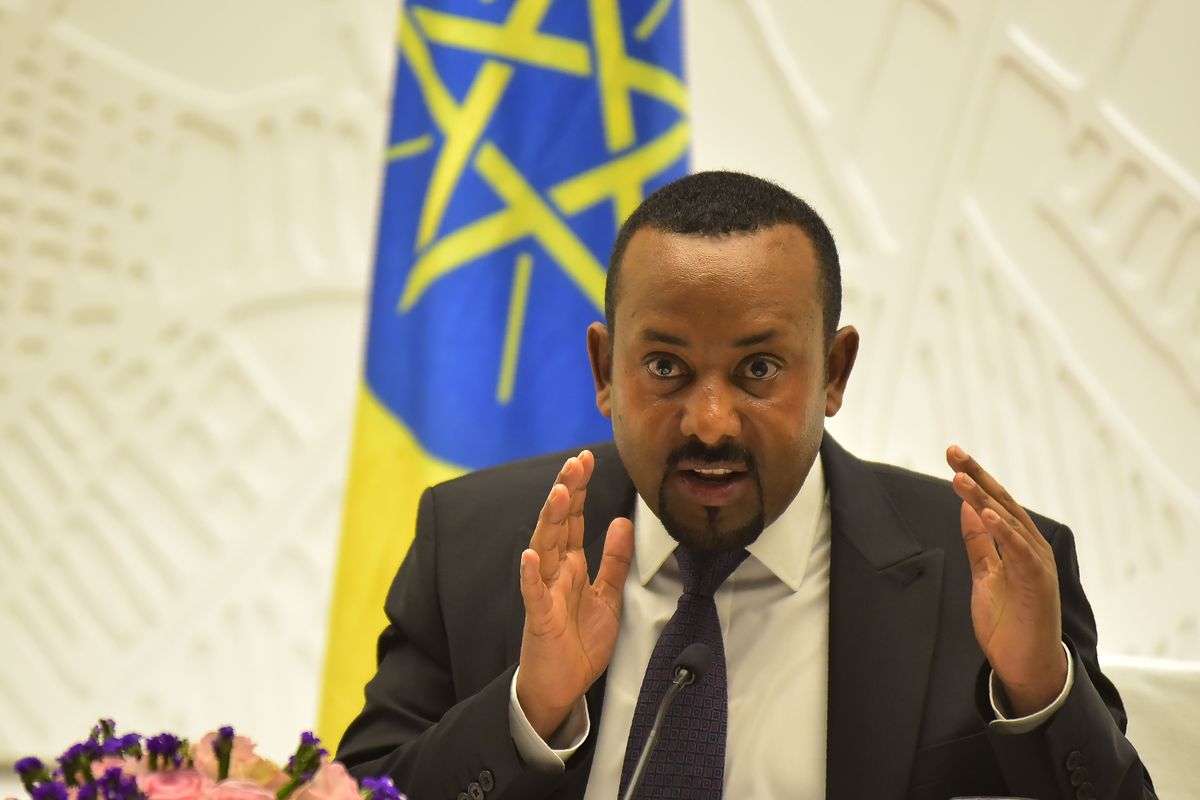 Efforts by African Union envoys to quell a civil conflict in Ethiopia have foundered, with Prime Minister Abiy Ahmed eschewing negotiations with the dissident Tigray state.

Abiy met former presidents Joaquim Chissano of Mozambique, Ellen Johnson-Sirleaf of Liberia and Kgalema Motlanthe of South Africa on Friday, during which he laid all blame for the crisis on the leadership of the northern region’s ruling Tigray People’s Liberation Front. He gave no indication that the government is contemplating a cease-fire.

Abiy “expressed the federal government’s mandated responsibility to enforce rule of law in the region and across the country,” his office said in a statement issued after the talks in Addis Ababa, Ethiopia’s capital. “Failure to do so would nurture a culture of impunity with devastating cost to the survival of the country.”

The TPLF, once the predominant power in Ethiopia’s ruling coalition, has been progressively sidelined since Abiy took office in 2018. The army began an incursion into Tigray three weeks ago, after Abiy accused the TPLF of attacking a military base to steal weapons.

The hostilities have triggered a humanitarian crisis across Tigray, with tens of thousands of people displaced and food, cash and fuel shortages now widespread, and the government is facing mounting international pressure to deescalate the conflict. There are no accurate figures of the number of people who have died in the fighting.

Abiy, who won last year’s Nobel Peace Prize for ending a long-running conflict with Eritrea, has insisted that the matter is an internal one and that the TPLF leaders must be bought to justice.

On Thursday, the prime minister ordered his troops to attack Mekelle, the Tigrayan capital, after a deadline for the regional forces to surrender expired. The United Nations and humanitarian groups have expressed concern that the city’s more than 500,000 residents could be caught in the crossfire of the ensuing battle.

Fighting is ongoing on three fronts to the north, west and south of Mekelle, according to three foreign diplomats who’ve been briefed on the conflict and spoke on condition of anonymity because they aren’t authorized to publicly comment. Federal troops had advanced to within about 50 kilometers (31 miles) of the city by late Thursday evening, they said.

The situation in the city remains calm, although some residents have fled to rural areas, according to two aid workers with knowledge of the situation who asked not to be identified.

— With assistance by Simon Marks, and Samuel Gebre