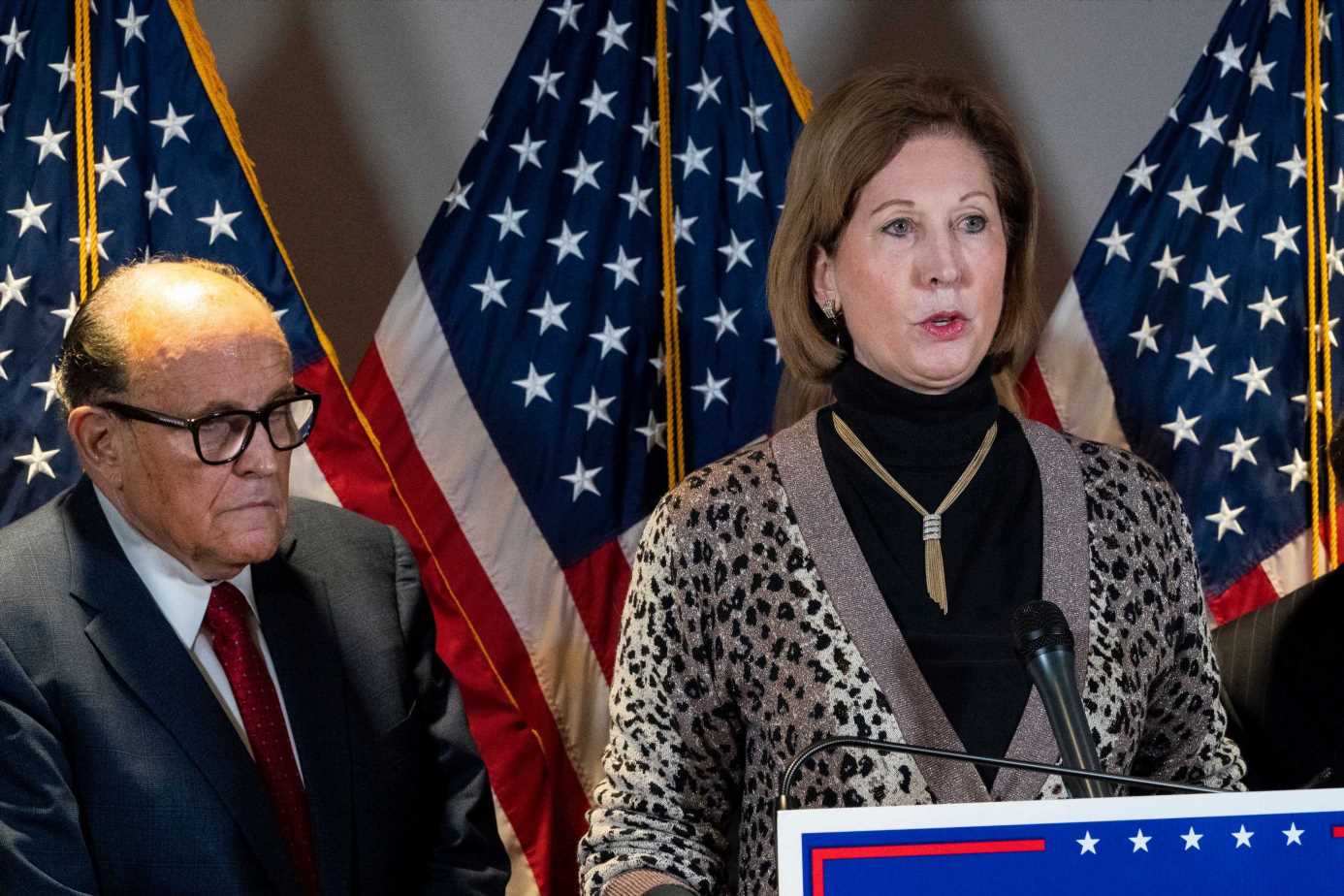 Twitter critics went into overdrive on Sunday after the Trump campaign distanced itself from lawyer and conspiracy theorist Sidney Powell, just days after she appeared front and center at a press conference hosted by President Donald Trump’s personal lawyer Rudy Giuliani and his campaign’s legal team.

“Sidney Powell is practicing law on her own,” Giuliani and campaign lawyer Jenna Ellis said in a statement. “She is not a member of the Trump Legal Team. She is also not a lawyer for the President in his personal capacity.”

Yet just eight days ago, Trump tweeted that Ellis, Powell and two others made up a “truly great team” spearheaded by Giuliani to “defend OUR RIGHT to FREE and FAIR ELECTIONS!”

Ellis has also said Powell is a member of the team.

Powell told CBS in a statement that she understands the Trump campaign’s press release and will “continue to represent #WeThePeople who had their votes for Trump and other Republicans stolen by massive voter fraud.”

The move comes after Powell, a regular pundit on the conservative news circuit, spouted a string of particularly outrageous election conspiracy theories. On Saturday, she went on the right-wing cable channel Newsmax and accused Georgia Gov. Brian Kemp ― a Republican and staunch Trump ally ― of being in on electoral crimes that led to the president’s loss, and threatened a lawsuit of “biblical” proportions.

In a Thursday press conference led by Giuliani, Powell claimed without evidence that Venezuela, George Soros, the late Hugo Chávez and others were involved in an elaborate plot to steal the election from Trump. She has also long promoted the QAnon conspiracy movement that the FBI has identified as a domestic terror threat.