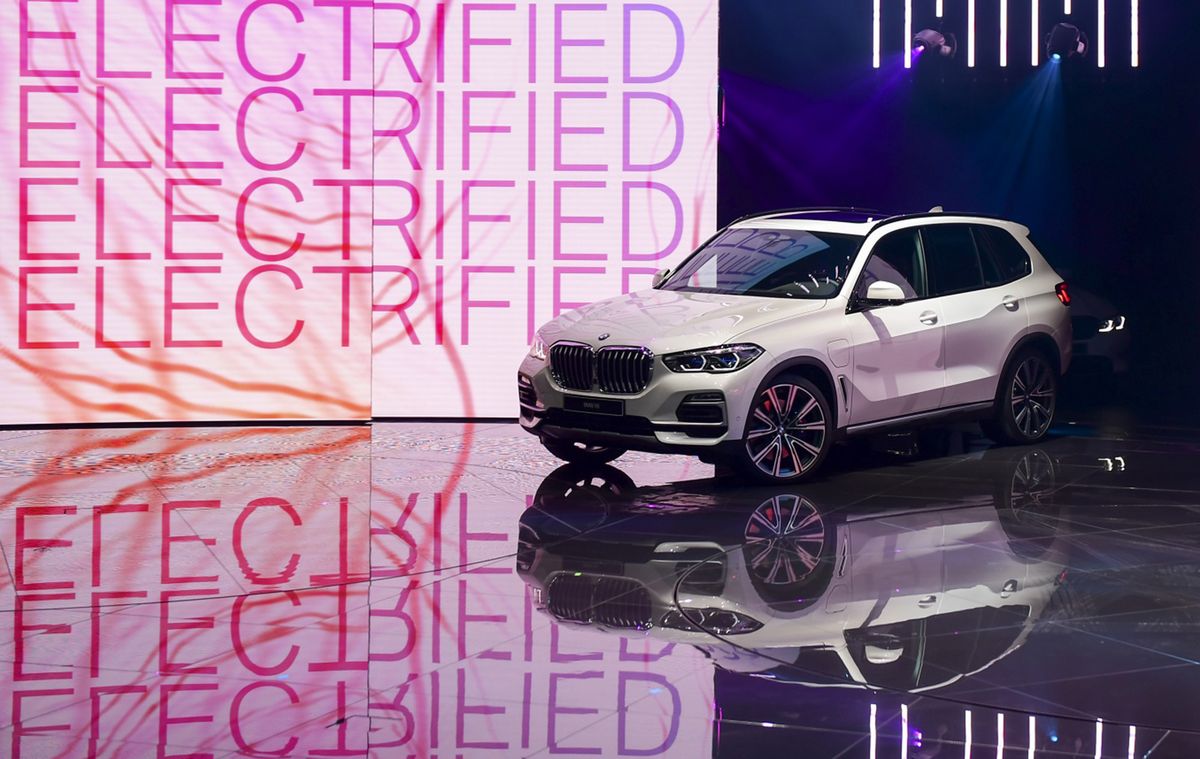 Plug-in hybrid cars put out far more CO2 in real-world driving than in tests that determine emissions compliance and ratings advertised to consumers, according to a group urging governments to roll back support for such models.

Three of the most popular plug-in hybrids — BMW’s X5, Volvo’s XC60 and Mitsubishi’s Outlander — exceed their advertised carbon-dioxide emissions ratings by as much as 89% when tested on a fully charged battery, Brussels-based Transport & Environment said Monday. The advocacy group doesn’t accuse automakers of wrongdoing but says its study exposes flaws in existing laws.

“Plug-in hybrids are fake electric cars, built for lab tests and tax breaks, not real driving,” Julia Poliscanova, senior director for clean vehicles at T&E, said in a statement. “Unless you drive them softly, carbon emissions can go off the charts.”

Sales of cars powered by batteries that offer limited electric range and are supplemented by an engine have surged this year in Europe, helped by government incentives. France, Germany, Italy and Spain have spent more than 436 million euros ($516 million) subsidizing plug-in hybrids during the first nine months of this year, T&E said, citing an estimate from Schmidt Automotive Research.

Automakers also have embraced plug-in hybrids as a way to lower the CO2 ratings of the fleet of vehicles they sell. Brussels-based T&E said it is “highly unlikely” BMW AG and Volvo Cars would meet EU targets this year if emissions tests were more representative of what occurs in real-world use.

A spokesman for BMW said there has always been differences between how much cars emit in testing and in real-world driving, and that both policymakers and the industry doesn’t want the gap to increase. Volvo said its cars generate close to zero emissions when driven in electric mode, which drivers use about 40% of the time.

A Mitsubishi Motors Corp. spokeswoman said independent tests can produce unreliable figures and the company contests any findings where it has no oversight of methodology.

T&E commissioned Emissions Analytics, a British testing firm, to conduct on-road tests of the BMW, Volvo and Mitsubishi models. The researchers found that while all three drive close to their stated range in electric mode under mild or moderate conditions, faster acceleration quickly depletes their batteries and causes the engine to kick in. The X5, XC60 and Outlander can only travel between 61 kilometers (38 miles) and 86 kilometers before exceeding their official emissions ratings, according to the study.

The criticism by T&E comes ahead of potentially significant reviews of Europe’s emissions laws in 2021. The European Commission will formulate new measures to hit its climate-reduction goals by midyear. Officials also will review rules that give manufacturers credits toward their fleet-wide CO2 targets based on sales of plug-in hybrids.