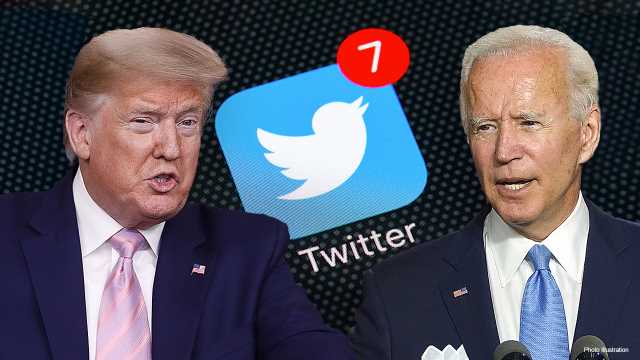 Twitter’s bias against conservatives is ‘not a mistake’: Rep. Scalise

Twitter says it will be handing over its "@POTUS" account to President-elect Biden on Inauguration Day, even if President Trump refuses to concede the 2020 presidential election.

“Twitter is actively preparing to support the transition of White House institutional Twitter accounts on January 20th, 2021,” Twitter spokesperson Nick Pacilio told Politico on Friday. “As we did for the presidential transition in 2017, this process is being done in close consultation with the National Archives and Records Administration."

Among other Twitter handles that would be transferred to a Biden administration include @WhiteHouse, @VP, and @FLOTUS. Individuals like Vice President Mike Pence and First Lady Melania Trump would then resume tweeting from their existing personal accounts.

Virtually all of President Trump's tweets have been made on his personal account @realDonaldTrump.

President Trump has long had a contentious relationship with Twitter, who has been cracking down on his account over the past several months regarding his tweets about the coronavirus and election integrity. Many of his tweets have been slapped with various labels warning other Twitter users about the veracity of what was written, some have even been censored by the tech giant.

Critics have accused Twitter of being politically biased and selective in enforcing its policies against conservatives.