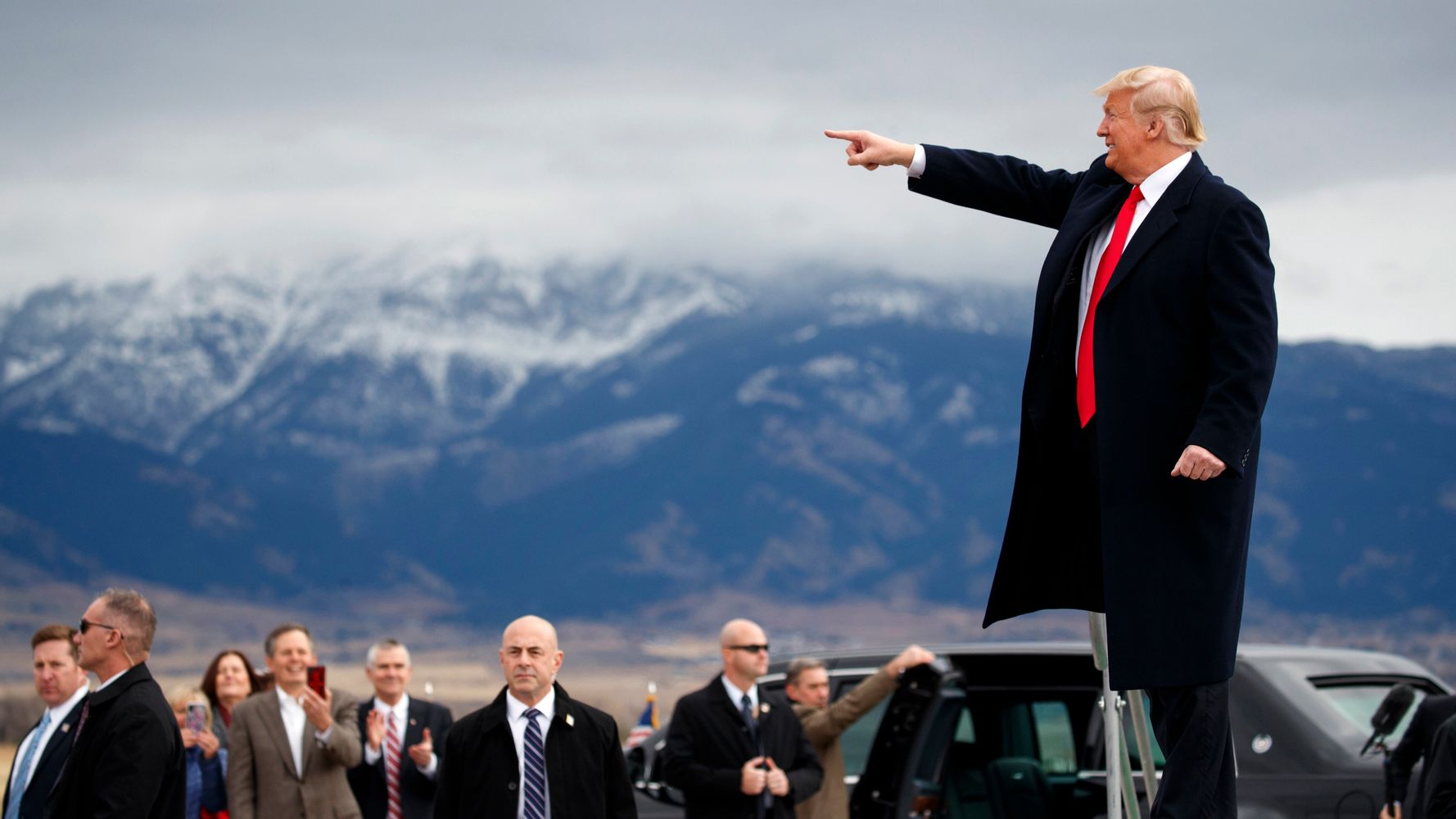 The Trump administration wasted no time proving what was clear from the get-go: that its support of a major public lands bill was nothing more than pre-election greenwashing for President Donald Trump and two Senate allies.

In August, Trump signed the bipartisan Great American Outdoors Act into law, falsely portraying himself as a conservationist on par with President Theodore Roosevelt. The measure, widely considered the most significant conservation legislation in a generation, allocates $9.5 billion to fix crumbling national park infrastructure and permanently funds the Land and Water Conservation Fund at $900 million per year. The decades-old LWCF uses offshore fossil fuel revenues to establish and protect parks, wildlife refuges, forests and wildlife habitat.

But Trump and his team are longtime foes of the LWCF. The administration tried repeatedly to gut the program’s funding. And days after the 2020 presidential election, which Trump handily lost, Interior Secretary David Bernhardt signed an order that kneecaps LWCF and undermines the new law that Bernhardt previously argued would not have passed without Trump’s “strong and bold action.”

The order, dated Nov. 9, gives state governors and local jurisdictions the power to veto federal land acquisitions made through LWCF. “A written expression of support by both the affected Governor and local county or county government-equivalent (e.g. parish, borough) is required for the acquisition of land, water, or an interest in land or water under the Federal LWCF program,” it reads.

The move is a parting gift to the anti-federal land movement that has enjoyed extraordinary access to top administration officials but that never convinced the administration to embrace wholesale transfer or sale of public lands. In fact, the requirement in Bernhardt’s order mirrors an amendment that Sen. Mike Lee (R-Utah) introduced when the Great American Outdoors Act was being debated in Congress, as E&E News highlighted.

Lee strongly opposes federal control of public lands in the West. “Our long-term goal must be the transfer of federal lands to the states,” Lee wrote in a 2018 tweet. William Perry Pendley, the highest-ranking official at Interior’s Bureau of Land Management, shares those extreme views, once writing that the “founding Fathers intended all lands owned by the federal government to be sold.”

“I urge you to immediately rescind this anti-public land order,” Sen. Jon Tester (D-Mont.), a longtime champion of LWCF, wrote in a letter last week to Bernhardt. “This undercuts what a landowner can do with their own private property, and creates unnecessary, additional levels of bureaucracy that will hamstring future land acquisition through the Land and Water Conservation Fund.”

In a release announcing Bernhardt’s order, the Interior Department said the action “honors Interior’s commitment to be a good neighbor by giving states and communities a voice in federal land acquisition.” 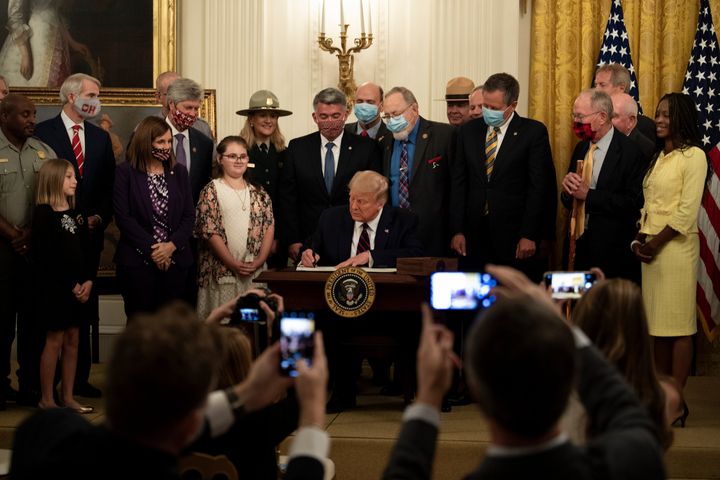 For those paying attention, Trump’s about-face on LWCF felt like little more than a political favor for two Republican senators facing tough bids for reelection in states where protecting public lands is a key issue among voters. Along with showering praise upon himself, Trump credited Sens. Cory Gardner (R-Colo.) and Steve Daines (R-Mont.), who both previously voted in favor of slashing LWCF funding and supported Trump’s anti-conservation agenda at nearly every turn.

“This landmark legislation would not have been possible without the incredible leadership and hard work of two outstanding senators, in particular, and two fine people ― Cory Gardner and Steve Daines,” Trump said at a signing ceremony for the Great American Outdoors Act.

On the campaign trail, Daines and Gardner touted their work on the Great American Outdoors Act. Daines ultimately defeated his challenger. Gardner did not.

As soon as the 2020 election was over, Trump’s team took aim at one of its only conservation achievements. First, the departments of Interior and Agriculture missed statutory deadlines for submitting lists of projects to receive LWCF funding. Then came Bernhardt’s order undermining the program altogether.

The Great American Outdoors Act is no doubt a major victory for America’s public lands and for LWCF, which has been plagued by funding shortfalls all of its 50-year history. The administration’s claimed support for it, on the other hand, was “a ruse” and a “bald-faced lie,” Aaron Weiss, deputy director of Colorado-based conservation group Center for Western Priorities, told HuffPost. He expects Bernhardt was always planning to undercut the law, whether or not Trump won a second term.

“Once the election was done, it was open season on land protection,” Weiss said by email, adding that Bernhardt is “going to throw as much sand into the gears as he can on his way out.”

The Interior Department and other federal agencies are rushing to finalize numerous environmental rollbacks before President-elect Joe Biden assumes office. Those include selling oil and gas leases in Alaska’s pristine Arctic National Wildlife Refuge and permanently slashing protections for hundreds of species of migratory birds.