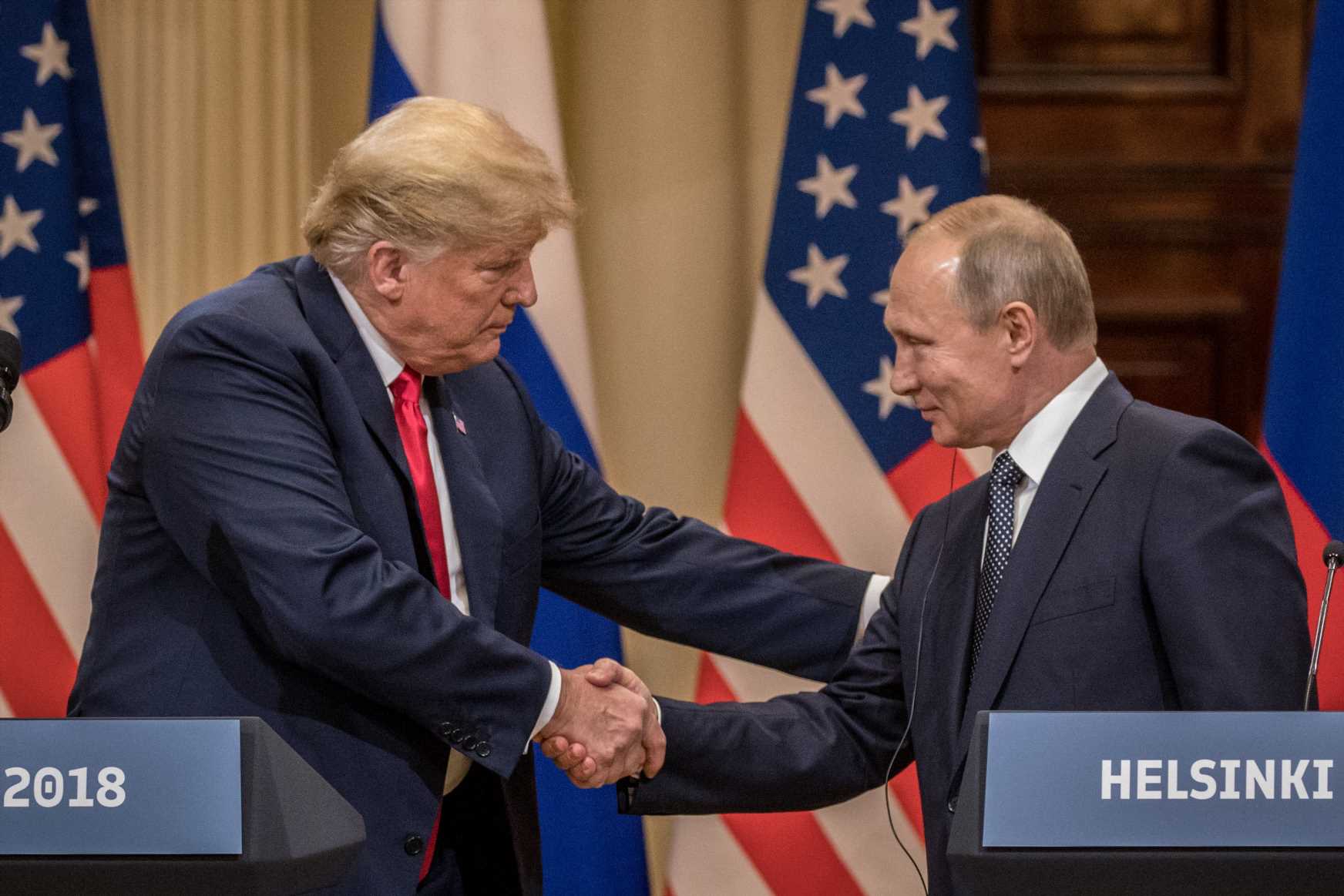 With Russian President Vladimir Putin so far failing to send congratulations to Democrat Joe Biden following his projected U.S. presidential election win, experts say there could be one big — and personal — problem between them: a lack of chemistry.

"Something we should keep in mind is that neither Biden nor Putin like each other," Anton Barbashin, a political analyst and editorial director of Russian affairs journal Riddle, told CNBC Monday.

"There could be no chemistry between them, thus U.S.-Russia relations are bound to become even more confrontational."

While European leaders congratulated Biden, the winner of the Nov. 3 presidential election according to NBC projections, Russia stayed silent until Monday, when the Kremlin's spokesman said that Russia would not comment on the election until the official result was released and that Moscow had noted President Donald Trump's announcement of legal processes related to the vote.

Nonetheless, Spokesman Dmitry Peskov told reporters Monday that Putin had repeatedly said he was ready to work with any U.S. leader, and Russia hoped it could establish dialog with the new U.S. administration, and find a way to normalize relations.

The apparent coolness of Russia's response to the projected win for Biden is in marked contrast to its enthusiastic greeting of Trump's 2016 election win.

Russia was accused of meddling in that election, particularly in the hack and dissemination of Hillary Clinton campaign and Democratic party emails in 2016, and had sanctions imposed on it by the U.S. as a result.

Still, sanctions didn't appear to stop there being a seemingly warm relationship between Trump and Putin, leaders who, in the public view at least, appeared to respect and like each other.

Trump's praise of his Russian counterpart made waves in 2018 when, following a high-profile summit with Putin in Helsinki, Trump blamed both countries for the "strained relationship" and said he believed Putin's repudiation of allegations of meddling, despite advice to the contrary from the U.S. intelligence community.

Trump then claimed the day after the summit that he had misspoken when he said he did not see why Russia would have meddled in the election, insisting that he meant to say he did not see any reason why it wouldn't have been Russia that interfered.

Biden is widely expected to adopt a more assertive stance toward Russia. Outstanding issues include progress over a peace agreement between Russia and Ukraine, and Nord Stream 2, the massive gas pipeline project from Russia to Germany that is opposed by the U.S.

Under Trump and his "America First" agenda which characterized his approach to trade and foreign policy, Russia was not a great concern for the administration, and that suited Putin, experts noted.

"For Moscow the chief benefits of the Trump presidency were that it amplified America's internal divisions, estranged Washington from its traditional allies, and was inconsistent in its articulation and execution of policy goals," Daragh McDowell, head of Europe and principal Russia analyst at Verisk Maplecroft, told CNBC Monday.

"The Kremlin will have mixed feelings about the result of the U.S. presidential elections," he added, with a Biden presidency expected to adopt a "more aggressive Russia policy," he said.

"Looking forward, Moscow faces an immense challenge in dealing with the incoming Biden administration. Beyond allegations of electoral interference in 2016, the U.S. has also accused Russia of placing bounties on U.S. forces in Afghanistan. There is also broad consensus across the U.S. political spectrum on issues such as opposition to Nord Stream 2. With America still divided, a more aggressive Russia policy is one of the few areas where bipartisanship can be expected to be sustained," he noted.

Experts agree that there is something that President-elect Biden offers that Russia does like, and that's stability.

Experts like McDowell note that the same characteristics that made the Trump administration suit Russia — such as its lack of consistency and estranging of erstwhile allies — was also "unsettling for a Kremlin that prioritizes stability and predictability."

There are also some areas where Biden and Putin could even cooperate, they note, with Iran's nuclear program, arms control and even Syria all being potential areas for negotiation.

Arms control is definitely a good place to start for Biden and Putin, experts agree. In 2019, Biden signaled that he would want to see an extension of the major U.S.-Russian nuclear arms reduction treaty, known as the New Strategic Arms Reduction Treaty (or New START) that's due to expire in February 2021, or the implementation of a similar deal.

McDowell said there could be a similar impetus on the Russian side to restart arms control negotiations as well: "A key Putin priority will be restarting the negotiations on the New START arms control treaty, as bilateral nuclear agreements with the U.S. are one of the metrics by which Russia measures itself as a 'great power'."