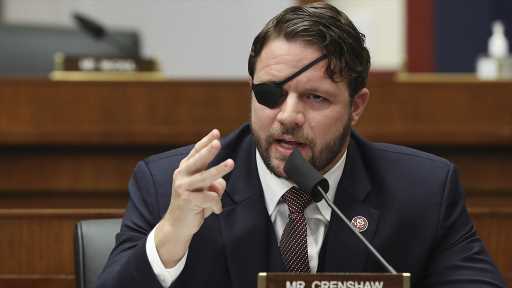 Biden: ‘We can unite and heal this nation’

Joe Biden calls for an end to political divisiveness during a campaign event in Warm Springs, Ga.

Rep. Dan Crenshaw, R-Texas, is calling out Democrats for indicating they want to unite the U.S. despite an ongoing stream of anti-Trump criticism that he compares to “Stalinist authoritarianism.”

On Twitter, Crenshaw posted four messages from four different accounts, including Rep. Alexandria Ocasio-Cortez, D-N.Y., and former first lady Michelle Obama, which all appeared to indicate that finding common ground with Republicans – and Trump supporters specifically – might be a near impossible task.

Obama, for example, wrote that there was a lot of work to be done “to reach these folks in the years ahead and connect with them on what unites us.”

Hari Sevugan, a former senior spokesperson for President Barack Obama’s presidential campaign, said employers should know the consequences of hiring staffers who worked for the Trump administration and helped him “attack American values.”

Sevugan linked to the so-called Trump Accountability Project, which appears to have the intent of keeping a log of people who worked for the president.

In his victory speech on Saturday night, President-elect Joe Biden focused his messaging on healing the U.S.

“I pledge to be a president who seeks not to divide, but unify,” Biden said, “who doesn’t see red state or blue states, only sees the United States.”

Democrats have largely accused President Trump of exacerbating – if not causing – deep partisan divisions within the U.S., and some Republicans have pointed out that Democrats have seized on that point of view throughout the campaign cycle to indicate that some of the president’s supporters are beyond reach.

Ocasio-Cortez called people who worked for the president “sycophants.”

Meanwhile, Republicans have largely taken aim at divide within the Democratic Party – between more moderate members like House Speaker Nancy Pelosi, D-Calif., and those they have dubbed the socialist wing, including Ocasio-Cortez and other members of the so-called “Squad.” They have engaged in a critique centered on the dangers of “socialism,” lashing out at some of the more progressive policy proposals supported by their colleagues across the aisle.