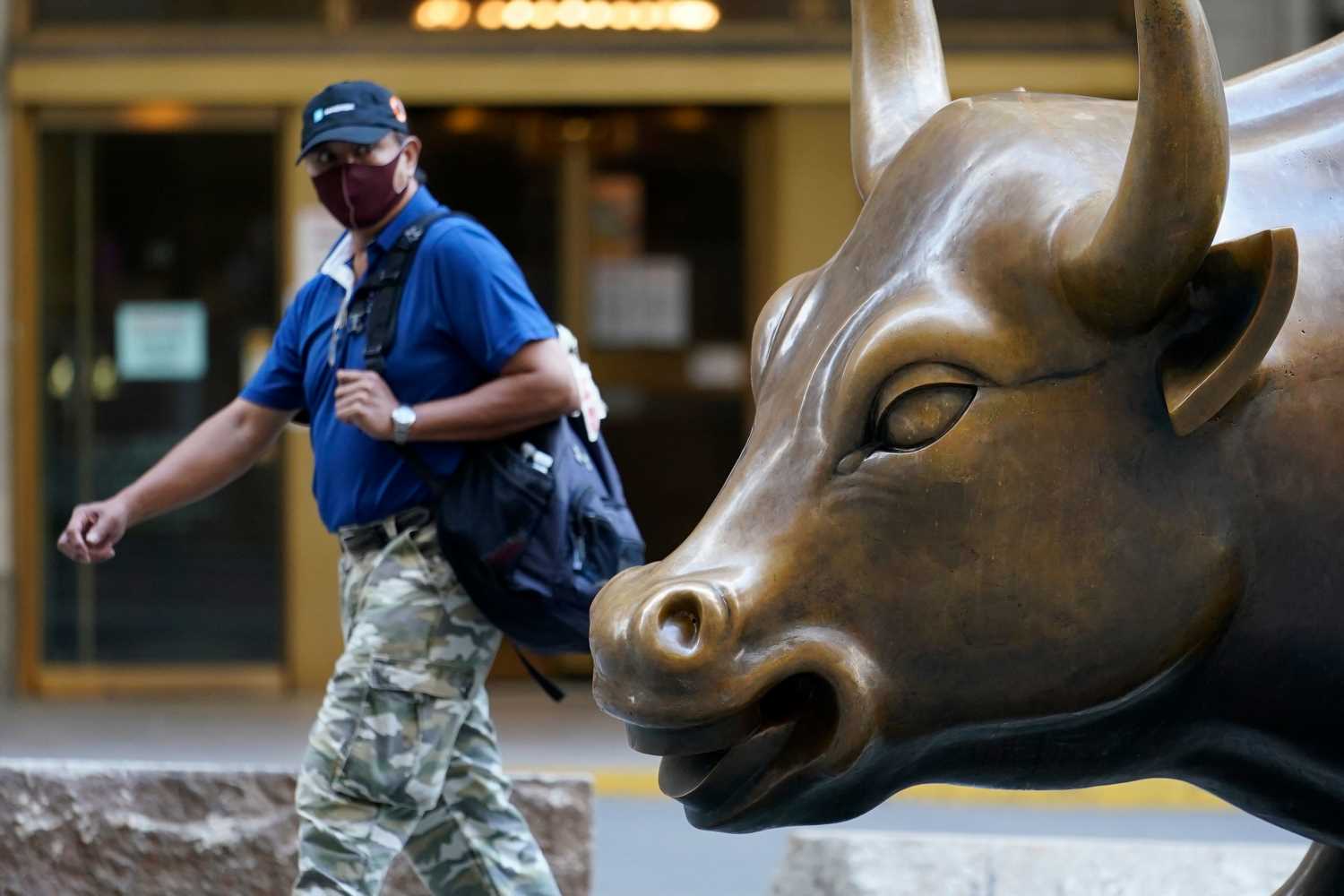 Dow futures pointed to a more than 200 point gain at Tuesday's open after the 30-stock average surged 834 points, or nearly 3%, on trial data showing more than 90% efficacy for Pfizer's Covid-19 vaccine. The Dow, at Monday's highs, soared more than 1,600 points, eclipsing February's all-time intraday high. However, the Dow finished 393 points short of February's closing record high. The S&P 500 also paired gains by the close after topping September's intraday all-time high early during Monday's session. The Nasdaq closed lower as investors bailed on so-called stay-at-home tech stocks and piled into pummeled travel stocks on the hope that a coronavirus vaccine would soon help beat back the pandemic. That rotation trade was continuing, albeit at a slower pace, in Tuesday's premarket. Nevertheless, Nasdaq futures were sharply lower.

About 12 hours after the Pfizer vaccine announcement, the FDA said Monday evening it approved emergency use authorization for Eli Lilly's experimental Covid-19 antibody drug treatment. It can now be used in mild-to-moderate, nonhospitalized Covid-19 in adults and kids over age 12. Chris Christie, former New Jersey governor and ally of President Donald Trump, was given the Lilly treatment when he was in the hospital with coronavirus earlier this fall. Among the treatments that Trump received when he had Covid-19 was an antibody regimen from Regeneron Pharmaceuticals that's similar to the Lilly drug. Lilly shares rose 3% in Tuesday's premarket.

The treatment and vaccine news comes as new daily coronavirus cases in the U.S., as of Monday, topped 100,000 for seven straight days. The U.S. has a total of 10.1 million infections, with 238,251 deaths of Tuesday morning, according to data compiled by Johns Hopkins University. Current hospitalizations for Covid-19 in the U.S., as of Monday, were up 70% from the number recorded on Oct. 9, according to the Covid Tracking Project.

President-elect Joe Biden on Tuesday is set to deliver a speech in defense of the Affordable Care Act, on the same day the conservative-dominated Supreme Court hears arguments challenging its constitutionality. The ACA, also known as Obamacare, was signed into law in 2010 by former President Barack Obama. Tuesday's case will be the third test of Obamacare before the Supreme Court. Justice Amy Coney Barrett's confirmation to the nation's highest court last month, which Democrats had unsuccessfully sought to delay until after the election, gives Republican-appointed justices a 6-3 majority.

Senate Majority Leader Mitch McConnell and some other Republicans are rallying behind Trump's efforts to fight the election results in the courts as the president blocked government officials from cooperating with Biden on a transition of power. Attorney General William Barr also authorized the Justice Department to probe unsubstantiated allegations of voter fraud. The Electoral College is slated to formally confirm Biden's victory on Dec. 14, with the Democrat sworn into office in late January. In further fallout following the election, Trump fired Defense Secretary Mark Esper. The president and Esper clashed this summer over using the military to quell sometimes-violent protests over racial injustice and inequality.

5. Beyond Meat shares losing about a fifth of their value ahead of Wall Street open

Shares of Beyond Meat were getting crushed by about 21% in Tuesday's premarket, the morning after the company issued disappointing third-quarter results that capped a volatile day for the stock on Wall Street. It all started Monday when McDonald's announced new plant-based offerings. Confusion ensued about whether Beyond Meat, which made a meatless patty for a McDonald's test in Ontario, would be a supplier for the McPlant. The fast-food giant declined to provide CNBC with any supplier details. But Beyond Meat said it worked with McDonald's on the new line. On Tuesday morning, Yum Brands' Pizza Hut is adding Beyond Meat's plant-based sausage to its U.S. menu.

— The Associated Press and Reuters contributed to this report.