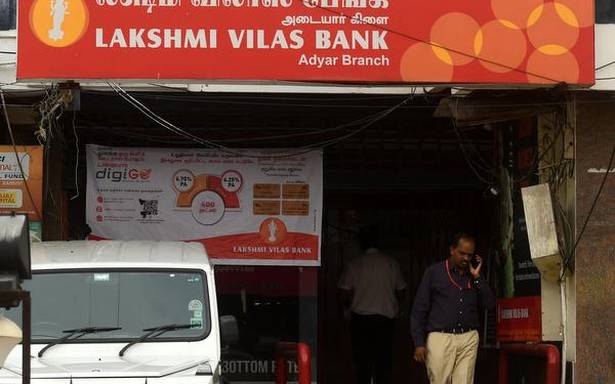 “My priority right now is to get the merger completed as quickly as possible and parallely get clearance for the rights issue,” he said.

A couple of players, apart from the Clix Group, have shown keen interest in acquiring a stake in Lakshmi Vilas Bank Ltd. (LVB) said a top official.

“[Apart from the Clix Group], a couple of others have approached our financial advisors to acquire a stake in our bank,” said Shakti Sinha, director, LVB. “They have already made preliminary enquiries.” he added.

“On October 8, we received an indicative non-binding agreement from the Clix Group. There was minor, incremental due diligence requested by Clix, which was completed last week. Now, the respective sides are in the process of a workable and mutually-acceptable framework,” Mr. Sinha added.

The statutory auditors, meanwhile, had asked LVB to take urgent steps to augment its capital base during the current fiscal as the latter had been incurring losses for over 12 quarters.

LVB’s capital adequacy ratio (CAR) dipped from -1.12% in March to -2.85% by September against the RBI-mandated minimum of 8.875%. Besides, there had been a steady decline in the deposit base since September 2019 and an increase in the NPA ratios, they said.

While placing the bank under Prompt Corrective Action in September 2019, the RBI directed the lender to bring in additional capital, restrict further lending to corporates, reduce non-performing assets and improve provision coverage ratio to 70%, the auditors said in their notes.

“My priority right now is to get the merger completed as quickly as possible and parallely get clearance for the rights issue,” Mr. Sinha said.

“We will finalise the rights issue process by next week. The ratio and pricing will be announced thereafter. In principle, we have decided to raise ₹500 crore,” he said.

Preparing the financial results on a going-concern basis, the auditors said the said assumption of going concern is dependent upon LVB’s ability to achieve improvements in liquidity, asset quality and solvency ratios, augment its capital base and mitigate the impact of COVID-19.

On the appointment of MD & CEO, he said that the RBI had asked them whether they would consider the names suggested by the previous board. “We will have a look into it. We will be able to name a new MD & CEO by the month end,” he added.