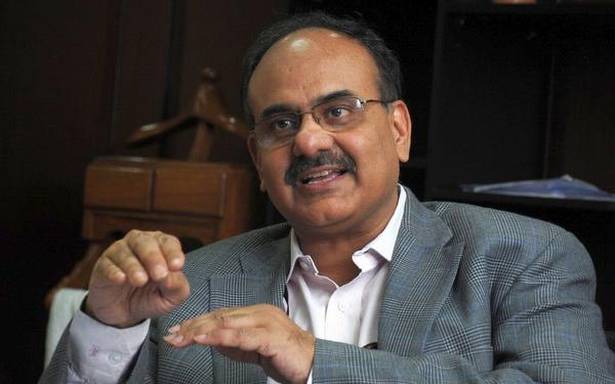 The Indian government has time till the last week of December to appeal against the verdict of an arbitration panel that scrapped levy of ₹22,100 crore tax on the UK-based telecom firm Vodafone Group Plc using a retrospective law.

Finance Secretary Ajay Bhushan Pandey, refusing to be drawn into discussion on former Finance Minister Arun Jaitley’s promise to honour awards in retrospective tax cases, said the government is examining all aspects to arrive at a decision on whether to appeal against the Vodafone award.

“We are still examining various aspects and a decision would be taken in due course,” Mr Pandey told PTI.

Asked if there is a time limit on the decision to file an appeal, Mr Pandey said, “All arbitration orders if at all have to be appealed, have a time limit of 90 days. So, we have time to decide, so will decide.”

Mr Jaitley as the Finance Minister of Modi-1.0 government on several occasions had stated that the BJP government will not raise any new demand using the retrospective tax legislation and will honour arbitration awards in cases where companies had challenged tax demands raised by the previous regime using the controversial retrospective tax legislation.

Vodafone had challenged before the arbitration tribunal India’s usage of a 2012 legislation that gave the government powers to retrospectively tax deals like Vodafone’s USD 11-billion acquisition of 67% stake in the mobile phone business owned by Hutchison Whampoa in 2007.

It challenged the demand of ₹7,990 crore in capital gains taxes (₹22,100 crore after including interest and penalty) under the Netherlands-India Bilateral Investment Treaty (BIT).

The arbitration tribunal had said India’s “conduct in respect of the imposition” of tax demand on Vodafone “notwithstanding the Supreme Court judgement is in breach of the guarantee of fair and equitable treatment” in the bilateral investment protection treaty.

As per the award, the government has to reimburse Vodafone 60% of its legal costs and half of the 6,000 euros cost borne by Vodafone for appointing an arbitrator on the panel. Sources said the Government of India’s liability will be restricted to about ₹ 75 crore in cost refunds.