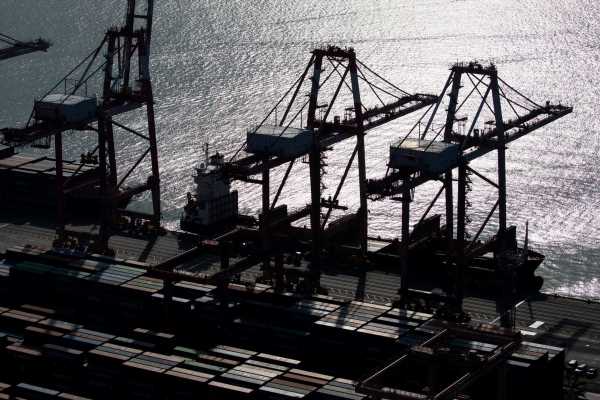 South Korea’s exports slid in October as a national holiday reduced working days, while a rise in daily shipments pointed to a continued pickup in overseas demand.

The value of shipments abroad fell 3.6% from a year earlier, the trade ministry said Sunday. Economists had forecast a 3.5% decline. Average daily shipments rose 5.6%, with the period having two fewer business days than last year.

Overall exports to China fell 5.7% while shipments to the U.S. rose 3.3%. Automobile, display and semiconductor shipments increased, the ministry said, without providing a figure.

The increase in daily shipments suggests recent upward momentum in global trade remains intact as many economies reopen. Still, the outlook is uncertain as soaring virus cases in Europe forced France and Germany to impose harsh restrictions, while some U.S. states are seeing record outbreaks.