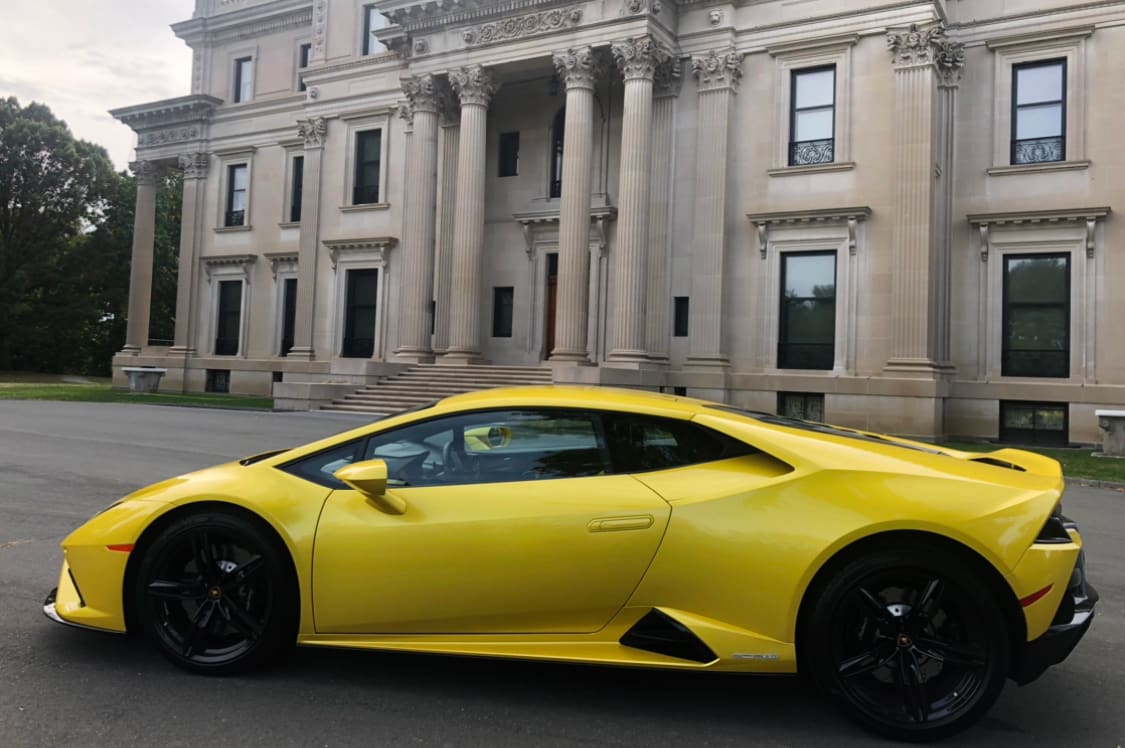 Which is why the 2020 Lamborghini EVO RWD has arrived at the perfect moment.

"EVO" stands for "evolution," since it's the latest iteration of Lamborghini's hugely popular V-10 Huracan. The "RWD" officially stands for "rear-wheel-drive," since Lamborghini stripped the power from it's all-wheel-drive Huracan EVO to distribute all the power to back. It could also mean "Rewind," since the RWD's true achievement is returning to an era when driving was fun, emotional and full of surprises.

Its secret is a combination of old-school rear-power and advanced re-engineering to make a super-car that is, well, less engineered. Lambo's famously precise Dynamic Power System, intelligent suspension systems and Performance Traction Control System are all still there. But they're more relaxed.

With all the muscle now in the rear, Italy's raging bull is let loose to slide, drift, spin and do all the other joyful things super cars used to do before digital driver-assists and robots took over. In this case, two is greater than four.

The engineers at Sant'Agata have also tweaked EVO's nose and vents to give it more downforce. The engine noise is un-muted through the Super Sport Exhaust, giving more voice to its primal growls, roars and screams. The carbon-fiber sport seats are more tightly fused to the super-structure, making you feel truly part of the car and experience.

Even the price is retro. With a base price of $208,000, it's $53,000 less than the EVO, making it the cheapest Lambo you can buy. Removing front-wheel power also lowers the cost. The 5.2 Liter V-10 workhorse has been been dialed down to 602 horsepower from the 630 hp of the EVO. So it can only do 0 to 60 in 3.1 seconds, compared to 2.5 seconds for the all-wheeler. But it's also lighter, and what the EVO RWD loses in track stats, it more than makes up for in everyday excitement.

Not that Lambos need excitement. I mean, just look at them. Yet over the past two decades, under the strict parental supervision of Audi and Volkswagen, Lamborghini has grown from a low-volume, moody maker of street-art into a reliable, world-class producer of sports cars and SUVs. Sales have more than doubled in the past two years, thanks mainly to its breakthrough SUV, the Urus.

Yet all the improvements may have come at the expense of part of Lambo's soul. I once asked an avid Lambo collector what he loved most about his 1984 Countach, known as "the world's best, terrible car." His answer: "The crazy design. And the fact that when you get in, you never know if you'll come back alive." Lambos were bred to be wild, in the best and worst way.

Maybe with the EVO RWD, Lamborghini is rewinding its own history. Perhaps the Italian suits realized that today's wealthy — who are feeling more isolated, removed and screened-off from the real world than ever — are craving real connection. "This was a car that started with the requests of our buyers, especially in the U.S.," said Giovanni Perosino, chief commercial officer for Lamborghini.

Whatever the reasons, the EVO RWD brings back just the right amount of the past in a futuristic package. When I picked up my test-driver from a Lambo dealer, the sales manager was able to walk me through the car's functions and screens in under 10 minutes. His New Yorker translation of the car's three drive-settings — Strada, Sport and Corsa — should be written on every EVO RWD instruction manual: "Basically you've got 'boring,' 'fun' and 'don't even go there.' "

I started in boring, and as I hit the winding mountain roads of the Shawangunks, switched to "fun." You can throw the car hard and fast into a turn and shoot out with just the right amount of grip and playfulness. The brakes give you instant confidence. The acceleration from a standing start or even at 60 mph is heart-pounding, but never ahead of itself.

Compared to the Playstations-on-Wheels that pass for some of today's super-cars, the EVO RWD lets you feel and hear everything instantly. There is no turbo lag, since it's naturally aspirated. The 19-inch Pirelli Pzero tires and re-tooled suspension let you sense and feel every road edge and contour. Visibility is surprisingly good for a Lambo. The haptic 8.4 inch display screen on the dash made changing everything from the A/C to navigation and media even easier than my Audi Q5.

Without a track, I couldn't test the car's drifting and tire-burning skills. But that's the beauty — you don't have to go to "don't even go there mode." "Fun" is plenty. In Strada, which chills out the engine and softens the suspension, you can even drive through your neighborhood repeatedly without generating noise complaints.

There are sacrifices. The special sport seats are so tight and rigid that after an hour or two, they feel fused to your sciatic nerve. The front trunk, or "frunk," is so small it can't even fit a tennis bag (which means I have to give up tennis or my dream of owning a Lambo). And for a car that borrows so expertly from the past, couldn't they have left a volume button?

You can load up the EVO RWD will plenty of add-ons. The model I tested clocked in at over $285,000, with a "Pearl effect Giallo" paint job, lifting system and Sensonum sound system. But you don't need them. With the EVO RWD, less is truly more.