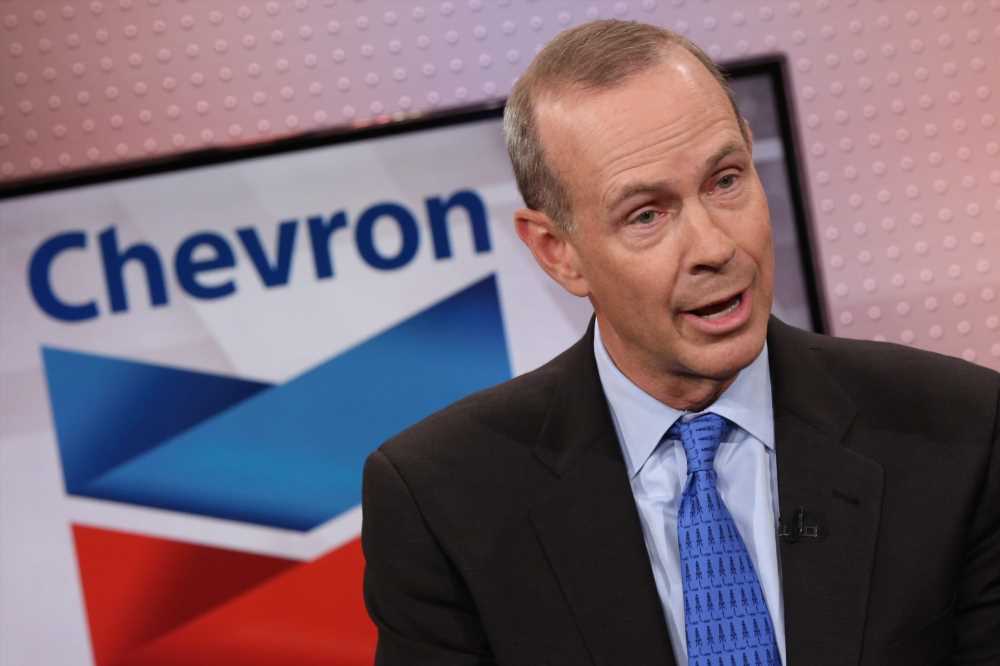 Chevron on Friday reported its second straight quarter of losses after revenue during the third quarter fell 32% year over year, hammered by Covid-19.

The oil giant lost $207 million during the quarter. On an adjusted basis, Chevron earned 11 cents per share, far better than the 27 cent per share loss expected by analysts polled by Refinitiv. Chevron's revenue came in at $24.45 billion, which missed the consensus estimate of $25.8 billion.

During the second quarter, the oil giant lost $1.59 per share on an adjusted basis, while revenue came in at $13.49 billion.

In the third quarter a year earlier, the company earned $1.36 per share on $36.12 billion in revenue.

"Third quarter results were down from a year ago, primarily due to lower commodity prices and margins resulting from the impact of COVID-19," Chairman and CEO Michael Wirth said in a statement. "The world's economy continues to operate below pre-pandemic levels, impacting demand for our products which are closely linked to economic activity."

As energy companies struggle amid depressed oil prices, Chevron said its capital spending declined 48% and its operating expenses were down 12%.

"We remain focused on what we can control — safe operations, capital discipline and cost management," Wirth said. On Wednesday the company declared a quarterly dividend of $1.29 per share.

During the third quarter, net oil-equivalent production declined 7% year over year to 2.83 million barrels per day as the company scaled back its operations in response to low commodity prices and lower demand. U.S. upstream operations earned $116 million during the quarter, an 84% year-over-year decline. The average sale price per barrel of crude oil and natural gas liquids was $31 during the third quarter, down from $47 a year earlier.

Chevron said its cash flow from operations in the first nine months of 2020 reached $8.3 billion, down from $21.7 billion a year earlier.

Earlier in October Chevron completed its acquisition of Noble Energy. The all-stock deal, which was announced in July, was valued at $5 billion. Including debt, the value reached $13 billion.

Shares of Chevron were slightly lower during premarket trading on Friday. The stock has lost 43% this year.