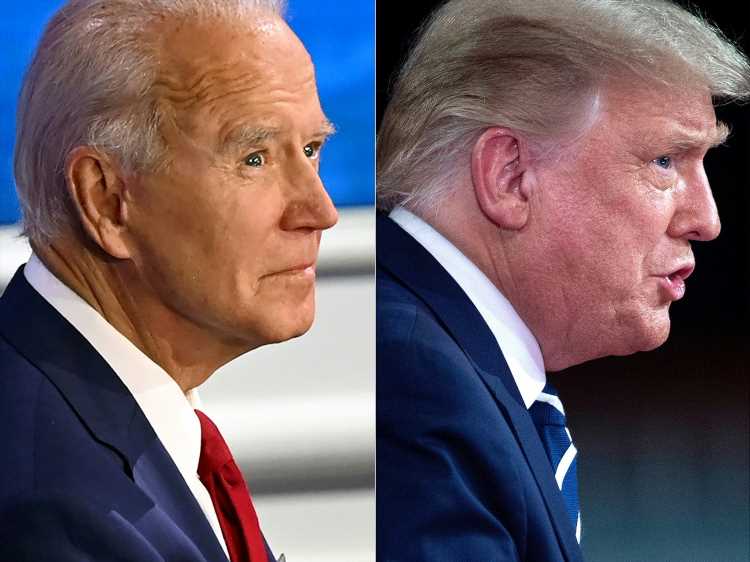 Joe Biden on Thursday said that, if he is elected president, he will create a task force focused on aiding so-far-unsuccessful efforts to reunite hundreds of migrant children separated from their families under the Trump administration.

The Democratic nominee made his announcement in a new campaign ad rolling out in five swing states, including Arizona, Florida and Nevada.

The ad says that "on his first day as president, Joe Biden will issue an executive order creating a federal task force to reunite these children with these parents."

The ad's targeting — particularly in those three states where Hispanics are a notable voting bloc and where polls generally show Donald Trump trailing by smaller margins — underscores the extent to which Biden, 77, will focus on one of the president's most controversial policies.

It is unclear how a Biden task force would expand or revise the government's approach to reunification efforts. Since the courts intervened in 2018, the federal government has been working with outside legal groups on identifying and reuniting separated migrant families.

(A campaign spokesman said he did not have further information on how the task force would operate or who it would comprise.)

One government official told NBC News, however, that "if a Biden administration task force is created, there are experienced feds who’ll stand up immediately to volunteer.”

"Those of us who worked to prevent the family separation policy from taking place, and then did whatever we could to reunify children, are eager for a chance to do more," the official said.

The challenges are daunting, though those working on reunification say they are not fazed.

Civil rights attorneys working on the matter said in court last week that they still haven’t been able to locate the parents of 545 migrant children separated at the U.S.-Mexico border under the Trump administration's widely criticized "zero tolerance" policy, which government officials viewed as a deterrent to the immigration Trump, 74, had campaigned against stopping.

The steering committee working to reunite the families — including American Civil Liberties Union attorneys and other organizations, who were tasked by a judge to work with the government on reunification — said in its latest update that they believe about two-thirds of the parents have since been sent out of the country.

In the filing from the ACLU and the Justice Department, reviewed by PEOPLE, the committee said they’ve tried to reach out to parents via phone calls, letters and on-the-ground efforts across Mexico and Central America.

However, the novel coronavirus (COVID-19) pandemic had “hampered” the group's on-the-ground efforts to track down many of the parents, the filing stated.

Lawyers from the ACLU and law firms working pro-bono in coordination with the government — following the 2018 court order — have been searching for the parents of migrant children separated by the Trump administration at the southern border since the widespread family detentions drew condemnation that year, prompting lawsuits.

The ACLU won the court order allowing them to reunite families separated at the border, including 1,030 children removed from their parents in a 2017 pilot program the government ran ahead of the implementation of its "zero tolerance" in 2018.

NPR reported that thousands of families were initially reunited within weeks.

Last week’s filing stated, however, that 545 children were still separated from their families and that, of the 485 children's families the steering committee had been able to contact, they had "yet to identify any families that definitively seek to have their child returned to their respective countries of origin."

The lawyers said they would advise the government "if and when any cases arisen in which a parent seeks to have their child returned."

The group searching for the parents has sent hundreds of letters to potential addresses in an attempt to reach parents of the 545 children and has set up a toll-free phone number for parents to call and be reunified with their children, the filing stated.

Lee Gelernt, a deputy director of the ACLU Immigrants' Rights Project, previously told NBC News: "There is so much more work to be done to find these families.”

"People ask when we will find all of these families, and sadly, I can't give an answer. I just don't know,” Gelernt added.

"We will not stop looking until we have found every one of the families, no matter how long it takes," he said.