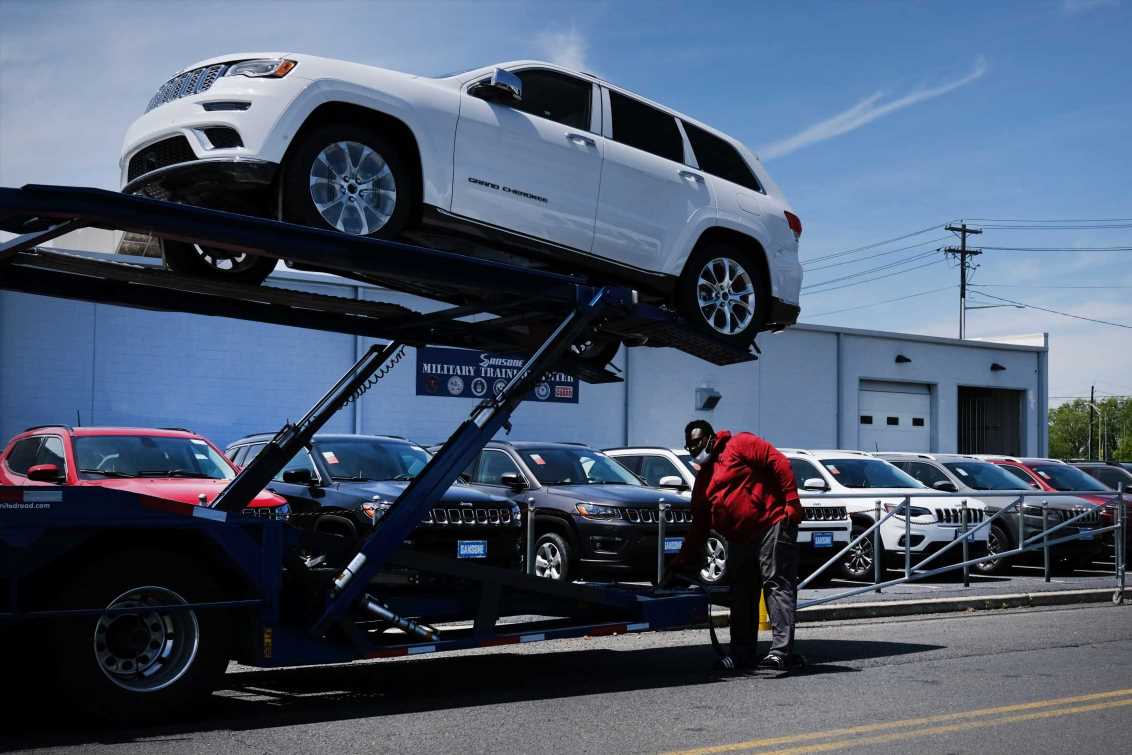 The auto industry has experienced the coronavirus pandemic in two distinct chapters. Early on, it devastated sales and shuttered factories. Then, it spurred a surge in demand for new and used vehicles alike. For companies like Group 1 Automotive, the end result has been a pretty good one, according to CEO Earl Hesterberg.

"The auto distribution network had been stuffed with too many vehicles for almost a decade. What you're seeing now is the system has been cleaned out and it's now a demand-pulled system," Hesterberg said on CNBC's "Power Lunch." "I think having a tempered buildup in supply is the best thing that could happen to the entire industry," he added.

Shares of Group 1 Automotive closed down 1.4% on Thursday after the Houston-based auto dealer reported third-quarter earnings that topped Wall Street expectations on the top and bottom lines. Sales of $3.04 billion eclipsed the $3.01 billion analysts were looking for, according to FactSet. Adjusted earnings per share of $6.97 beat estimates by 82 cents and represented an all-time record for the company.

Another dealership chain, AutoNation, also reported record earnings-per share earlier this month. In both instances, the catalyst for the higher profits proved to be faster-than-expected return of vehicle demand combined with lower inventories as manufacturers worked to ramp up production from coronavirus-induced plant closures. It translates to higher sales prices.

"Our inventories are actually lower at the end of the third quarter than they were at the second quarter when it comes to new vehicles," AutoNation Chairman and CEO Mike Jackson told CNBC last week. "Industry inventories are still 25% to 30% below where they should be, if not even more, so it was challenging to adjust pricing to reflect the shortages."

In Hesterberg's view, though, the inventory crunch has not translated to a significant loss of sale volume. "Quite frankly, although we may miss a few sales, we probably missed less than people think," said Hesterberg, who has led the company as president and chief executive since 2005. He was previously an executive at Ford Motor, which had a blowout earnings report after the bell Wednesday.

"We obviously have been surprised at the demand level through the pandemic but it seems to have some legs. What has really happened in our industry is the supply and demand balance has really been improved through this," Hesterberg said. "And that had benefits for our sector. But also I think you can see it in the auto manufacturer earnings that have been coming out in the last week or so."