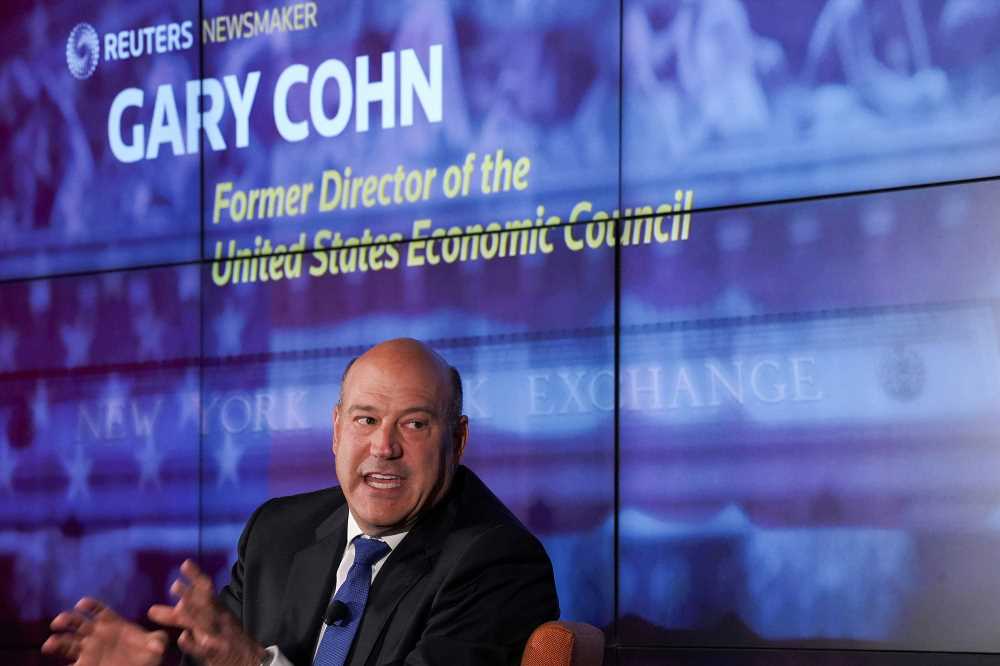 It’s been a week since Goldman Sachs asked current and former top executives to cough up millions for their roles in the 1MDB Malaysian corruption scandal — and the silence from former Trump advisor Gary Cohn is deafening.

Current and ex luminaries at the Wall Street giant — including chairman and chief executive David Solomon and his predecessor Lloyd Blankfein — have all agreed to forfeit some or all of their long-term performance awards after the megabank agreed last week to pay $2.9 billion to US regulators to settle charges over its role in the high-profile bribery and money-laundering scandal.

But the bank is still pursuing Cohn, 60, who served as Goldman’s president and chief operating officer for more than a decade until 2017 when he quit to become President Trump’s top economic advisor.

When the jaw-dropping settlement was announced last week, Goldman said it was “in active discussion with another of these retired senior executives” about returning cash. Sources have confirmed to The Post that this person is Cohn — who remains out of the bank’s reach because of his 2017 move from Wall Street to DC.

To avoid any possible conflict of interest as he headed for what turned out to be a 15-month stint at the White House, the bank paid Cohn out more than $100 million in cash and stock awards in early 2017. That cut ties between Goldman’s performance and Cohn’s personal wealth, a connection that still exists with the its other execs.

In a statement announcing the 1MDB settlement, Goldman disclosed that it’s clawing back $174 million from current and former employees who participated in or oversaw the scheme “in acknowledgment of the firm’s institutional failures.”

In addition to the $67 million from former Goldman grandees like Blankfein and retired chief financial officer David Viniar, Goldman has called dibs on $74 million from the three bankers implicated in the fraud, Tim Leissner, Roger Ng, and Andrea Vella.

Cohn, meanwhile, is back on Wall Street and recently launched a $600 million blank-check company with investor Cliff Robbins. And that’s where Goldman might regain some leverage in its talks with him, experts said.

“The only major leverage is your reputation going forward,” mused John Coffee, a securities law professor at Columbia Law School. “There is no actual leverage to claw back fully-vested money.”

“He’s going to be asked about 1MDB all the time,” a Wall Street insider familiar with Cohn added. “It would be much better for him if he could say he paid some money back.”

As the second-most powerful person at the megabank, Cohn was at his most powerful in late 2015 and early 2016 when Blankfein was under treatment for lymphoma. That was also when Goldman’s 1MDB activities first started being probed by anti-corruption officials in Malaysia and US law enforcement.

“If the 1MDB [stuff] is getting Lloyd dirty, it makes no sense that it wouldn’t get Gary a little dirty too,” said one former Goldman insider. “Gary wasn’t cutting that deal, but he was aware of it and made money from it like everyone else at the top. I’m not saying they’re guilty of anything but you can’t just walk away from that.”

Spokespersons for Cohn and Goldman declined to comment, but insiders said it’s unlikely that any dispute would break into the public domain.

“This will never get to court,” said one insider. “That’s mutually assured destruction if they do discovery and people get to see internal communications on 1MDB or anything else. No one wants that. Gary has to agree to give some money back, it’s that simple.”

Coffee concurred. “If this goes ends up in court or even arbitration, that likely ends in a pyrrhic victory for Goldman or Cohn,” he said. “A fast agreement is hypothetically the best outcome for everyone.”